Aboriginal girl’s suicide – how can we look away? 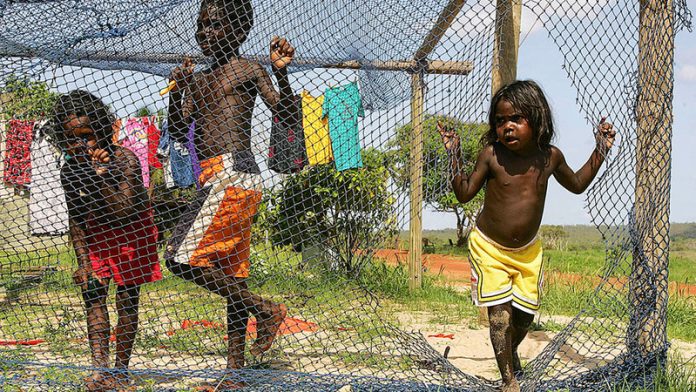 When is enough enough? What does it take to snap us out of our complacency? How many needless deaths does it take to tell us that indigenous Australia is in deep, deep crisis?

My mind is flooded with these questions as I ponder the suicide of a 10-year-old girl in Western Australia. She is one of so many. Nineteen people have killed themselves in remote parts of the state since December. She is the youngest.

Ten years old. Think about that. Someone’s daughter. A child who came into the world with the joy of all newborns. A child who first smiled, who spoke her first words, who said “mum” and “dad”. A child who laughed her first laugh, who took her first step, who held the hands of her parents as babies do, tiny hands tightly gripping a finger. All of this potential, all of this love, all she could have brought to the world: all of it gone.

I can’t speak to the specifics of this girl’s life or death, but I can say she was born into the sadness that too often is our world. She was born into the intergenerational trauma of so many black families. This was her inheritance. In just 10 years this girl who should have been skipping in the playground, singing along to herself in the mirror, still playing with dolls, her mind on the distractions of childhood, instead decided that her world was so bleak she no longer wanted to live.

Look at your children this day and think about that. Then ask: How can we possibly look away?

I have spent these past weeks travelling Australia, speaking to people about how we – indigenous people – live with the weight of our history.

We are connected directly to the darkness of our past. We are born out of the legacy of dispossession and suffering and injustice. The crippling malaise that sits at the heart of so many black communities and lives in this country is seeded in that still unresolved grievance that underpins the Australian settlement: terra nullius (nobody’s land).

Our land was deemed empty, and we as a people were denied the fundamental rights that pertain to all humanity. Those things that are self-evident – equality and dignity.

Haunted by the past
The high court may have ruled in favour of native title, but the original sin of dispossession and the subsequent despair and poverty casts a dark, menacing and long shadow.

Our lives are shaped by the great forces of history as surely as the lives of peoples of other lands: those who live with the legacy of war in Afghanistan or Syria or Iraq, those hidden behind secrecy and propaganda in North Korea or those emerging from a fractious, troubled century of humiliation to grasp the Chinese dream. I have seen it all as a reporter and I have lived with those same forces here in our country.

As surely as the sons and daughters of the First Fleet and the most recent migrants to our shores embrace and enjoy this country’s countless blessings, the original people of this land far too often endure lives of pain and misery.

This is our history – it is alive and it is real and it is pernicious. It is so close, we can touch it. We wear it in our bodies in physical scars and we wear it deep in our souls in wounds not so easily seen.

I don’t seek to excuse our own failings: the scourge of domestic violence, the abuse and addiction and our complicity where it occurs, and the responsibility we all share cannot be ignored. These are hard things with no easy answers. But let’s not forget where despair and hopelessness can spring from.

I occupy a position of privilege. I have seized opportunities, and enjoyed the support and encouragement of others, and for that I am grateful. But a 10-year-old girl has taken her life in our country, a girl whose identity and heritage connects to the same roots as my own, and I can feel that deep wound inside me tearing again.

Australia is a mighty country and we have much of which to be proud. But it is a country whose rates of suicide – black and white – are soaring. Every one of them is a tragedy beyond mere words and the families left behind must share a terrible bond.

A 10-year-old has taken her own life. She was one of my people, your people. Our people. She was a young Australian girl. My heart is heavy as, I am sure, is yours. – © Guardian News & Media 2016