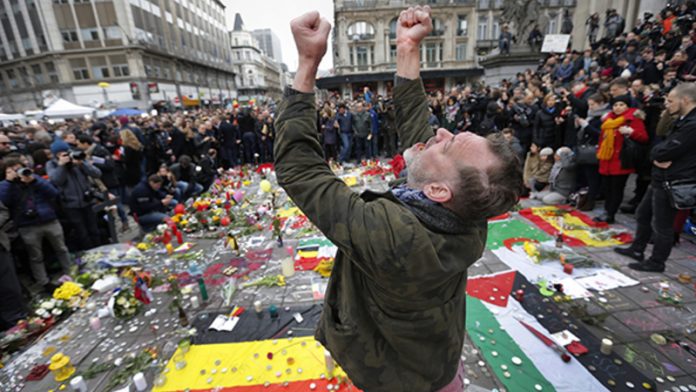 More than 30 people have been identified as being involved in a network behind the Paris attacks on November 13, with links now established to this week’s bombings in Brussels.

This is what we know so far about the attackers and their support network.

Paris attacks
A 10-man team of suicide bombers and gunmen launched attacks on the Bataclan concert hall, the Stade de France national stadium and a string of bars and restaurants around eastern Paris on the night of November 13, 2015. Seven of the attackers died on the night, and two more were killed the following week. The last member of the team, Salah Abdeslam, was arrested in Brussels on Friday after four months on the run.

The coordinated assaults claimed by the Islamic State group killed 130 people and wounded another 350.

Stadium bombers
The attacks began when three men blew themselves up outside the Stade de France where President Francois Hollande was watching a match between France and Germany.

Only one of that trio has been identified: Bilal Hadfi, a 20-year-old French national who was living in Belgium and who had travelled to Syria.

The other two were carrying fake Syrian passports they apparently used to enter Greece in October, posing as refugees. IS said in a video that these men were Iraqi.

Bars/restaurants gunmen
As police and emergency services rushed to the stadium, a group of three gunmen, including alleged ringleader Abdelhamid Abaaoud, drove around spraying cafes and restaurants with bullets, killing 39 people.

A second gunman, Brahim Abdeslam, eventually blew himself up outside a bar, injuring one person.

Abaaoud, a notorious Belgian jihadist of Moroccan origin, escaped unharmed but was killed in a massive police operation in the northern Paris suburb of Saint-Denis on November 18. Abaaoud’s 26-year-old French-born cousin Hasna Aitboulahcen, who helped him hide after the attacks, was also killed in the operation.

The third gunman, Belgian-Moroccan Chakib Akrouh, 25, blew himself up during the Saint-Denis operation.

Bataclan attackers
The worst bloodshed took place at the Bataclan concert hall, when three French gunmen – all of whom had spent time in Syria – stormed a concert by American rock band Eagles of Death Metal, killing 90.

Twenty-three-year-old Foued Mohamed-Aggad was part of a group of 10 that left Strasbourg (in Eastern France) for Syria in 2013. His remains were identified at the Bataclan concert hall after his DNA was matched with that of his mother.

The other two attackers were 28-year-old former bus driver Samy Amimour and Omar Ismail Mostefai, 29. Both were from the Paris area and were known radicals.

Two of them blew themselves up and the third was shot by police.

Salah Abdeslam
A French national of Moroccan origin, Salah Abdeslam, 26, is thought to be the last surviving member of the cell directly involved in the Paris assault.

He is believed to have played a key logistical role, renting cars and an apartment-hotel used by the jihadists.

His role on the night of the attacks has been one of the biggest mysteries, as he fled back to Brussels while his brother, Brahim, and other members of the team, committed suicide or were killed.

A suicide vest was found dumped in southern Paris. Phone signals suggest Abdeslam had been in the area.

Following a four-month manhunt, Abdeslam was captured during a raid in Brussels on Friday, March 18. He has since told investigators he planned to blow himself up outside the Stade de France but changed his mind.

Prosecutors remain cautious: Abdeslam’s version does not explain why he abandoned his car in the 18th district that night, an area which was not hit despite a claim by the Islamic State that it had been targeted.

The Brussels link
After the Paris attacks, attention turned to Belgium, home and hide-away for several of the suspects.

Just days after Friday’s dramatic arrest of Abdeslam, four people carried out coordinated attacks at Brussels airport and a metro station that left 31 people dead and another 270 wounded on Tuesday.

Abdeslam had told investigators he was planning further attacks in Brussels, and links have emerged between him and the suspected Brussels attackers.

Two brothers, Khalid and Ibrahim El Bakraoui, were identified as suicide bombers – one at the airport and another at a metro station – who had already been sought for links to Abdeslam.

A third suicide bomber, also at the airport, has yet to be identified, as well as a fourth person seen on airport surveillance footage who is now on the run.

Belgian television said Khalid had rented an apartment in Brussels last week under a false name where Abdeslam’s fingerprints were found after a bloody police raid.

He is also linked to another apartment in southern Belgium that Abdeslam and other jihadists used before the Paris attacks.

Another key suspect is Najim Laachraoui, whose DNA was found on explosives used in the Paris attacks, as well as at an apartment in Brussels where bomb-making equipment and one of Abdeslam’s fingerprints had been found in December.

Prosecutors have said he “travelled to Syria in February 2013,” and was registered under a false name at the border between Austria and Hungary last September.

He was travelling with Abdeslam and Mohamed Belkaid, who was killed in the Brussels raid three days before Abdeslam was captured.

Belkaid is believed to have provided logistical support to the Paris attackers.