Dlamini-Zuma is coming back 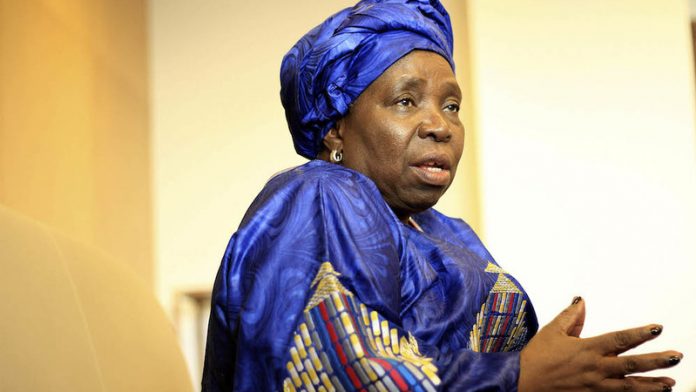 Department of international relations head of public diplomacy, Clayson Monyela, told Mail & Guardian on Tuesday in a text message: “It was never a secret. She’s not running for a second term. Definitely coming back.”

This is the first official confirmation of Dlamini-Zuma’s return. Government has, as yet, not made a public announcement about it.

A South African government official told the Mail & Guardian three weeks ago that Dlamini-Zuma has informed government that she would not be staying on at the AU.

Dlamini-Zuma’s spokesperson Jacob Enoh has not reacted to an emailed query, but staff members in Dlamini-Zuma’s office have privately confirmed that she has already told them she would not be seeking a second term.

Talk in the ANC is that Dlamini-Zuma is likely to return to South Africa to run for a top ANC leadership position, possibly for president to succeed her ex-husband, President Jacob Zuma.

Dlamini-Zuma’s one term has infuriated other countries in the region, who felt that SADC was entitled to two terms in the chair and her stepping down this year could mean SADC losing the chair.

There is an unwritten convention for AU Commission chairs to stay on for their maximum two terms – which amounts to eight years.

Zimbabwe’s secretary for foreign affairs, Ambassador Joey Bimha, told The Sunday Mail: “SADC member states (at a ministers’ meeting last week) were in agreement that it was still Southern Africa’s turn to chair the AU Commission. Member states were asked to come up with a candidate and there was a special meeting, which took place in South Africa.”

The deadline for nominations is Thursday, and a new chairperson is set to be elected at the AU summit in Kigali, Rwanda in July. Dlamini-Zuma is set to return in October, after a handover to the new chair.

There was fierce and divisive lobbying in 2012 when she took over from former AU Commission chaiperson, Jean Ping.