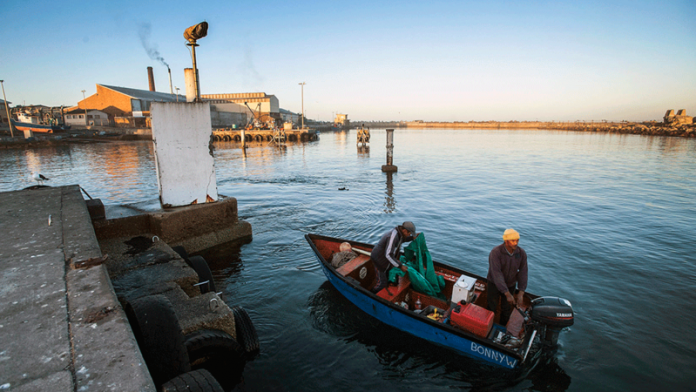 A free app – co-developed by academics, government, civil society and fishing communities – will be the lynchpin in the government’s efforts to launch and roll out a small-scale fishing industry in South Africa.

Traditional and artisanal fishing communities, according to an Equality Court ruling in 2007, have been consistently marginalised during both apartheid and in the democratic South Africa. With a new small-scale fisheries policy, almost nine years in the making, the government is attempting to redress the situation.

The foundation of this policy is data and the co-management of South Africa’s resources.

In South Africa, living marine resources are allocated via fishing permits, but only three groups were previously recognised groups: commercial, recreational and subsistence.

“[Traditional fishers] never really got legal rights to fish marine resources in their own name, or in terms of their own right,” Smith says.

They straddle the divide between commercial and subsistence and were not recognised until the court ruling, which found that the government, by its failure to recognise this group and allocate appropriate fishing rights to them, violated their constitutional rights.

According to the United Nations’ Food and Agriculture Organization, the importance of small-scale fisheries “cannot be overemphasised”.

“While no definitive statistics exist, it is thought that the sector employs 50 of the world’s 51?million fishers, mostly from developing countries, producing nearly half of world fish production and supplying most of the fish consumed in the developed world,” it says.

Estimates of the number of people in this category who live along South Africa’s coastlines, which span four provinces, range from 30 000 to 100 000.

A verification module is being included in Abalobi, says Smith. “The verification process is for us to go into the communities … [and] assess whether [people] meet the criteria of a small-scale fisher.

“It’s a one-stop shop, right from the [verification] of fishers through to the management of small-scale [fishing]. Abalobi is the management tool that will be used for information management,” he says.

Abalobi will provide proof
David Shoshola, who lives in Lambert’s Bay where Abalobi is being piloted, says he welcomes the verification process. He holds up a list with 116 names on it. These are people in Lambert’s Bay who have been allocated “interim relief” by the department.

The court ordered that this marginalised group be immediately granted interim relief through access to marine resources. But the government, nongovernmental organisations and the Lambert’s Bay community say this process has been problematic.

Shoshola says there are about 50 people on the list who actively fish; the others sell their allocation to companies or marketers for companies.

With the data collected by Abalobi, people can prove that they make their living from the sea, says Nico Waldeck, a traditional fisher who recently joined the Abalobi project team. “Abalobi sal dit vir ons wys [Abalobi will prove this],” he says.

Proof is an important aspect of Abalobi; the fishing community and academics say the government does not believe them.

Shoshola says scientists come to the area once a year and decide on the stock assessments, but the traditional fishers’ experience and catches are not included in these assessments.

Serge Raemaekers, a University of Cape Town researcher who launched the project with Waldeck and the department’s Abongile Ngqongwa, says: “Government has no way of knowing what the catch per unit effort is of these fishers, because they have very little data. They have a little information from the monitors [government employees who are based at the harbour and take note of the fishers’ catches], but that’s a small percentage of what’s actually going on out there.”

Ngqongwa, who is the deputy director of the small-scale fisheries management unit, agrees that there is a data gap. “From the simple sample that we have done [as part of the pilot programme], it showed that the majority of the resource that we are monitoring on our side, as the department, is not even recorded.”

Mending relations
Raemaekers says: “Aside from allocating rights, which is probably step one, there’s a whole bunch of things that need to be put in place, from data about the captures, and what you catch, where you catch and how you catch, to how much money you make per round, how do you organise this into co-operatives, how do you try and develop local economies around this small-scale fishing policy. It’s the whole value chain.”

“When you’re looking at a sector that size, you need to use technology that can get information quickly … We need to get data from the ground, and sometimes in very rural parts of South Africa, to a centralised point so we can analyse it,” Smith says.

But perhaps one of the most important functions for the app will be to mend relations between the government and fishing communities. After years of litigation, as well as the long delays in the roll-out of the small-scale policy, there are tensions and mistrust between the different stakeholders.

Raemaekers says this is why it is necessary for “the fishers to own their data … and then they decide who they want to share it with. It’s sort of the development of a trust-building, relationship-building exercise.”

This article was made possible by a collaboration between SciDev and the Mail & Guardian.