PanamaLeaks: Scope narrows for the rich to hide offshore assets 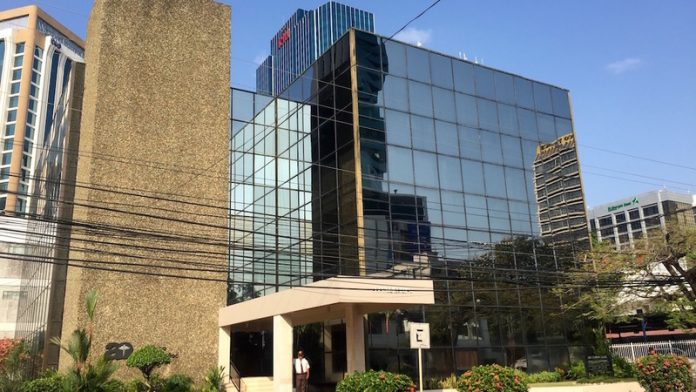 As the global tax reform movement gains traction, one of the largest law firms in one of the last tax haven outposts has been dealt a major blow.

The Panama Papers expose the operations of a top tax-dodging firm, Panama-headquartered Mossack Fonseca, and those of prominent tax-shy people.

The files are significant because, “From the standpoint of reputation, Panama is still the only place where people still believe they can hide their money,” said Pascal Saint-Amans, the director of the Organisation of Economic Co-operation and Development’s (OECD) centre for tax policy.

“Reputation is one of the most important assets for companies and people,” said Maria Villaneuva Serrano, Oxfam’s policy adviser on development and fiscal justice.

And there is a greater awareness about the need for taxes to be used for social services, infrastructure and to create access to opportunity, she added.

When it comes to public perception, transparency is the most useful tool to fight tax evasion.

“Inequality is increasing and a way to combat that is through state action,” Serrano said, adding that this meant the spotlight was, quite rightly, on wealthy people or big companies “who don’t pay their fair share”.

Regulation is essential, she said. “Without it you cannot sanction those who are not paying tax where real profit is earned.”

Oxfam is lobbying for country-by-country reporting to be public and not just for tax authorities.

Serrano said another initiative for the international community, although not yet on the agenda, would be to compile a list of tax havens with objective criteria and start considering sanctions.

The world is systemically narrowing the scope for those who want to hide their offshore assets and avoid paying their taxes.

South Africa at forefront
The South African treasury said it is in the interests of all those hiding their assets to come clean and disclose their assets. The government is running a voluntary disclosure programme, as proposed in the 2016 budget, to make it easier for noncompliant individuals and firms to disclose assets held and income earned offshore.

Ernie Lai King, a partner and the head of tax and Asia practice at the law firm Hogan Lovells, said the first line of defence for any country is its income tax laws and exchange control legislation, which determine whether offshore tax structures are illegal or unregulated. “It can be perfectly legal to have a structure in an offshore centre. To paint these all with same brush is not correct. Every instance must be looked at on a case by case basis,” he said.

Co-operation from Panama is not required, he said. “Sars [South African Revenue Service] will examine the structures that have been revealed in the leak and a send a series of questions to those named and an audit will be initiated.”

The Reserve Bank will follow a separate process with regard to exchange controls.

Income tax investigations and proceedings are secret and only enter the public domain if a case is taken to the Supreme Court of Appeal.

Minister of Finance Pravin Gordhan on Tuesday said in a statement he had noted the reports on the Panama Papers, and that some South Africans might be linked to offshore bank accounts. He added that the relevant agencies, such as Sars, the Financial Intelligence Centre and the Reserve Bank always investigate these reports to ensure that those named have complied with the law.

“There are many transactions on a daily basis between South Africans and the rest of the world, and holding funds in an offshore bank is by itself not illegal, as long as the necessary approvals and disclosures have been made to the relevant authorities.

“Funds in an offshore account may contravene exchange control regulations and tax laws if the source of the funds has not been disclosed to the appropriate authorities.”

Globally, tax authorities are closing in on tax evasion and tax avoidance structures. One measure being taken is the automatic exchange of information between tax authorities, which is intended to be operational by 2017 and will be subject to a standard procedure, which the OECD countries have agreed to.

South Africa is at the forefront of international work on exchange of information and has signed several bilateral and multilateral agreements to make the exchange of financial information possible.

A common reporting standard was endorsed by the G20 in 2014 and South Africa was one of the first to adopt it. This year Sars will collect information and exchange it annually. The information sharing will happen automatically from 2017.

Amendments were also recently made to the Tax Administration Act to facilitate the implementation of the standard, the treasury said.

“The improved know-your-client and beneficial ownership requirements proposed in the Financial Intelligence Centre Amendment Bill 2015 will assist in underpinning common reporting standards and other exchange of information initiatives.

Treasury also noted South Africa has been a full participant in the G20/OECD work on a base-erosion and profit-shifting action plan, which aims to address loopholes exploited by multinational entities to minimise their tax liability.”

Panama and other leaks
Panama has back-tracked on its commitment to sign on to the automatic exchange of financial account information.

An OECD statement said the Panama Papers describe “how a veil of secrecy is still allowing funds to be transferred between jurisdictions and held offshore, where it can be hidden from tax authorities”.

“Panama’s consistent failure to fully adhere to and comply with international standards … is facilitating the use of offshore financial centres for hiding funds, depriving governments of tax revenue and aiding and abetting criminal behaviour.”

Serrano said high profile individuals, rather than multinational corporations, probably favoured Panama because of the secrecy, and not necessarily the low tax rate, it afforded.

The ICIJ draws on conservative estimates from academics that $7.6-trillion is held in overseas tax havens, costing government treasuries at least $200-billion each year.

But the Panama Papers, as reported by the ICIJ, show the number of offshore companies involved dropped off significantly after 2009. Lai King said there could be various reasons for this, such a more competitive offering in another offshore centre.

But Serrano said it marks the end of an era. “In 2009, the G20, hosted in the United Kingdom, admitted the secrecy era was over and started asking countries to sign exchange of information agreements. They showed they were more willing to be more transparent,” she said.

“The world is changing; it is getting smaller,” said Lai King. “Reform is not going to happen overnight, but at some point it will start to work.”

Behind the Panama Papers

The files were leaked to the German newspaper, Süddeutsche Zeitung, and then shared with the International Consortium of Investigative Journalists (ICIJ) and 370 journalists from more than 100 media partners in 80 countries.

An investigation of the files also linked accounts to relatives or associates of many countries’ leaders, including the father of British Prime Minister David Cameron, a close friend of Russian President Vladimir Putin and Khulubuse Zuma, a nephew of President Jacob Zuma. – Lisa Steyn

OECD urges SA to reform to recover from pandemic effects