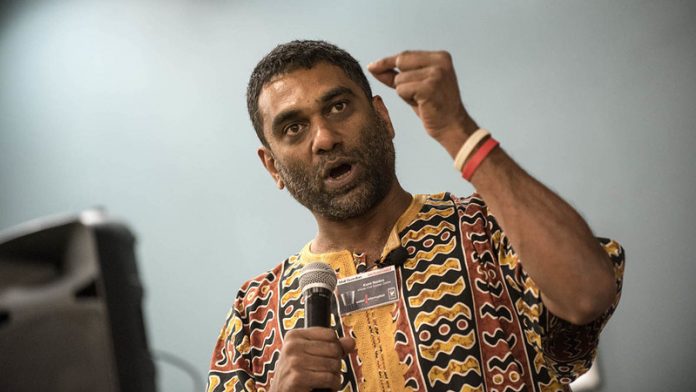 We’ve come a long way since 1994. Yet South Africans are still confronted with persistent inequality, poverty, and an unstable political system, which threatens our currency, economic development and, most importantly, our citizens’ quality of life. Our country, however, faces an even greater imminent risk. This threat is one that will not only exacerbate inequality and poverty, but could completely erode all our economic progress to date. The good news, however, is that this risk could easily be reduced with actions that bring both immediate and long-term benefits.

We’re talking about the problem of water scarcity and a simple solution — urgent action to improve water efficiency. While water scarcity is a global challenge aggravated by accelerating climate change, South Africa is hit particularly hard as a naturally dry country with a developing economy that is pushing our supply system past its limits. The current drought brings this into sharper focus, but the problem will not simply disappear if more rain comes.

Given that water scarcity poses such a significant and immediate risk to the South African economy, if the business community does not dramatically step up its engagement and practical response, it will suffer significant and enduring losses, and everybody will feel the ripple effects.

Why is it such a severe and urgent issue?

As detailed in Running on Empty, a report ActionAid South Africa launched this week (April 5), water scarcity poses very serious challenges globally; it may even trigger the collapse of economies. This is not some distant future threat, but a clear and present danger for major growing economies like South Africa and Brazil.

Around the world, we are already witnessing disastrous effects. For example, drought influenced by climate change in Syria is widely accepted as being one of the causes of the war in that country, which has led to innumerable deaths, destruction and unprecedented refugee flows into Europe, causing further upheavals, and even threatening the European Union.

In São Paulo, Brazil, we see another prime example. Brazil’s largest city has 20 million people and has had a severe water crisis for several years; it is teetering on the edge of running dry. Many argue global warming and deforestation, shifting rainfall volumes and location have exacerbated this. Whatever the causes, São Paulo demonstrates how water scarcity poses a stability risk. Jerson Kelman, president of the city’s water authority Sabesp, recently told lawmakers: “If it doesn’t rain, we run the risk that the region will have a collapse like we’ve never seen before.”

If we don’t act fast, South Africa could also face a meltdown. Severe drought is already having a considerable economic impact, as detailed in Running on Empty. While this is widely accepted, what is not acknowledged is that the most significant risks are the indirect socioeconomic consequences. Water is not just another type of infrastructure providing a useful service — it is a resource we simply cannot survive without.

As a result, water scarcity can trigger widespread anger and upheaval, particularly among the poor, who are hit hardest. If this crisis is not immediately addressed, we could see political and economic crises threaten South Africa’s development for decades to come.

Some in the business community argue this is primarily government’s responsibility. While this is largely true for the delivery of infrastructure, that is a narrow view of the problem and, more importantly, of the path to immediate solutions that reduce the risks we face.

While all sectors need to collectively recognise the risk and take immediate action, the business community can play a crucial role in driving change in this area and has a great deal of interest in doing so. As we saw with the climate change agreement in Paris, business engagement can be a key tipping point towards action. At Cop21, business, through individual actions and collective leadership, made a strong case that climate change posed a serious threat to the economy. They argued forcefully that action was necessary on the grounds of both economic risk and opportunity. As a result, the world’s governments reached an agreement to act — although inadequately and imperfectly, at least in the right direction — after decades of delay.

Business leadership and action is absolutely crucial if South Africa is to address the water crisis in a practical and timely way, which is why we are calling on business to seize the opportunity. While every sector of society needs to engage and accord this issue greater priority, more committed engagement by business in particular is perhaps the single most critical factor in mitigating this crisis.

The business community first needs to shift its mind-set to see the critical importance of action. Then it needs to act on delivering the solutions in products and behaviour change suggested in the the ActionAid report. There are many quick and easy changes we can make today that will buy us the time to deliver longer-term solutions.

The big difference between water scarcity and climate change is that the actions required — and the benefits of taking them — are more local and immediate. These actions can save money and improve social conditions as well as having a very direct impact on reducing the broader socioeconomic risks.

Business has the motivation, the skill set and the capacity to play a leading and crucial role. If it doesn’t act fast, it will, like the rest of us, pay the price.

Kumi Naidoo
Kumi Naidoo is the Global Ambassador for Africans Rising for Justice, Peace and Dignity. He was previously the Secretary General of Amnesty International and the International Executive Director of Greenpeace.
Facebook
Twitter
WhatsApp
Linkedin
Email
Telegram