Guptas become too hot to handle 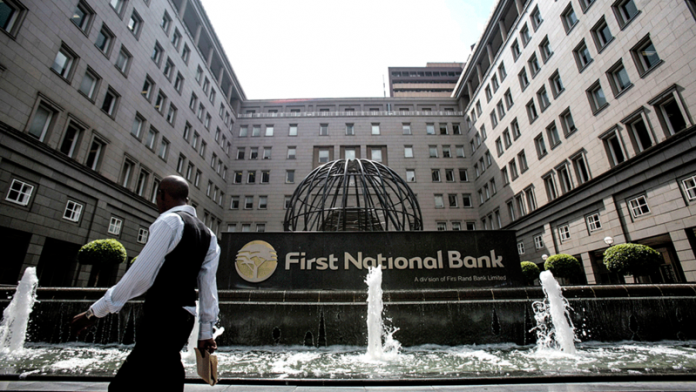 It has just become much harder for the controversial Gupta family to do business.

In a furious statement on Wednesday, the family, through its company Oakbay Investments, demanded an explanation from First National Bank (FNB) for closing the company’s accounts.

This is the second of the country’s big four banks to cease doing business with Gupta-owned or -controlled companies.

Absa has confirmed that it “has no relationship” with Oakbay Resources And Energy after media reports emerged that the bank and other service providers have shut their doors to the Guptas.

The decision by the two banks has added insult to injury as both KPMG (Oakbay’s auditors) and Sasfin (its JSE sponsor) have terminated their relationships with Oakbay.

Oakbay Investments owns the listed Oakbay Resources and Energy. The holding company also has a host of other interests, including media companies – the New Age newspaper and the broadcaster ANN7.

In an interview with radio station 702, Nazeem Howa, the chief executive of the New Age, questioned the closure of the accounts “without evidence of wrongdoing”.

He also questioned the effect this would have on its competitiveness in the South African market.

“It’s a huge impact on your business and your ability to do business,” Howa said. “Does it lead to less competition in this market, does it affect that competitive nature of this market?”

FNB did not address Oakbay’s claims directly. Nainesh Desai, the bank’s business chief risk officer, said in a statement: “First National Bank can confirm that it has no banking account with Oakbay Investments. We can further confirm that we have given notice to close various banking accounts of entities that may be associated with Oakbay Investments.”

On grounds of confidentiality, FNB could not provide further details.

Actions follow allegations of state influence
In its statement, Oakbay attacked Absa for a similar notification, made with “no explanation”, in December last year.

The matter had remained confidential for more than three months, until a few days ago, Oakbay said. It questioned the timing of Absa making this public.

The bank refused to add further comment also because of client confidentiality.

Oakbay said these incidents are proof that recent allegations made against the company and the wider Gupta family are all “part of a carefully orchestrated political campaign which, tragically, involves some of the country’s most senior institutions and individuals”.

On Tuesday, at the request of the JSE, Oakbay Resources and Energy released a Stock Exchange News Service (Sens) announcement, saying that it was seeking replacements for both KPMG and Sasfin. The South African Reserve Bank’s Bulelwa Boqwana said it was not in a position to get involved in differences between banks and their clients. She referred any market misconduct and consumer disputes to National Consumer Commission or the banking ombud.

The unprecedented move to eschew Gupta money has followed allegations that the Guptas offered Deputy Finance Minister Mcebisi Jonas the post of finance minister before Nhlanhla Nene was axed from the position in December.

The Guptas’ relationship with President Jacob Zuma through his son Duduzane Zuma, their close business associate, is also a sore spot, fuelling perceptions that they have undue sway over the state.

The family have consistently denied the allegations made against it. Although the Democratic Alliance has laid corruption charges against brothers Ajay and Rajesh Gupta and Duduzane Zuma, no court has made a finding suggesting the family have done anything illegal.

The steps by FNB and Absa were the individual banks’ decisions, said the managing director of the Banking Association South Africa, Cas Coovadia.

In the present circumstances banks are particularly vigilant and will take decisions that maintain and protect the credibility and security of the individual bank and the industry, Coovadia said.

‘Rats leaving a sinking ship’
These events could hamper Oakbay Resources and Energy’s business. A company cannot trade on the JSE without an accredited auditor and sponsor.

The general manager for issuer regulation at the JSE, Andre Visser, said a listed firm requires the services of an accredited auditor to provide an opinion on the firm’s financial results, in line with the Companies Act.

This is to ensure the information is reliable and to assist investors and stakeholders to make informed investment decisions.

A JSE sponsor’s role is to guide and advise a listed company on the application of the listings requirements of the stock exchange, and to notify the JSE when it detects noncompliance, Visser said.

KPMG’s decision to cease doing business with Gupta-owned or controlled companies “is solely based on their assessed association risk, and KPMG have indicated that there is no audit reason for their resignation”, Oakbay said in its Tuesday Sens announcement.

The decision to shun Gupta money has raised the question, when can businesses simply end a relationship with a client and on what grounds?

It could be argued that big business – consistently criticised for not speaking out against corruption or the state’s response to it – is becoming intolerant of this problem, even when, as in this case, it is only allegations of corruption.

In KPMG’s case, the association risk is perhaps compounded by the fall-out from its involvement in the investigations of the alleged “rogue unit” at the South African Revenue Service (Sars).

But civil society activists are sceptical about the suggestion that the decision by KPMG and the other companies signifies a shift in the attitude of big business.

The executive director of Corruption Watch, David Lewis, said that in the case of KPMG in particular, the firm’s actions appear to be “exactly the opposite”. Rather than a company refusing to be associated with allegations of corruption or political controversy, KPMG’s decision gives the impression of rats leaving a sinking ship.

It is understandable why business is treading carefully, he said.

Businesses and ‘clean’ brand association
The state itself is a big customer and client for many businesses. But businesses have to recognise that they need to associate their brands with a clean environment.

“If they don’t do so, they are going to become real targets for populist government,” Lewis said.

To prevent this, large businesses need to take steps not only to get their own house in order but to also contribute to getting society’s house in order, he said.

On professional grounds, it appears that KPMG was within its rights to end its relationship with the Guptas. According to Willie Coates, the senior executive at the South African Institute of Chartered Accountants, client acceptance and continuance considerations of auditors are outlined in the International Standards on Auditing (ISAs).

This has been adopted in South Africa by the Independent Regulatory Board for Auditors, in terms of the Auditing Profession Act 26 of 2005, as well as the IRBA’s code of professional conduct for registered auditors, he said.

“Auditors are required to periodically review the continuation of recurring client relationships in accordance with the policies and procedures that the firm has established in line with the ISAs and the code,” Coates said.

“If, in the auditor’s professional judgment, a client relationship should be discontinued, the auditor may do so.”

In the case of Sasfin, the company’s spokesperson Cathryn Pearman reiterated previous statements that it was simply realigning the company’s corporate finance division with the strategic objectives of the group.

She added that Sasfin did occasionally terminate client relationships for reasons including “risk and regulatory considerations, the strategic positioning of our business units and our ability to appropriately service clients’ profitably”.