Polio cases could be wiped out within 12 months, says World Health Organisation 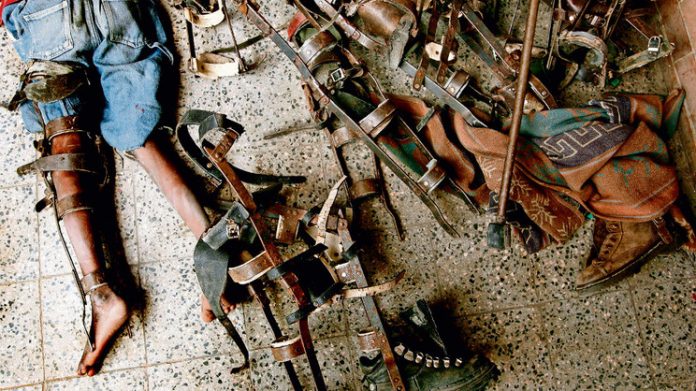 The World Health Organisation is confident polio is in its dying days and could be eradicated within 12 months, despite challenges in Pakistan and Afghanistan, where the virus is still endemic and vaccination campaigns are sometimes targeted by extremists.

If the virus is wiped out, polio will become only the second human-hosted virus to be eradicated since the end of smallpox in 1980 .

“We absolutely need to keep the pressure up, but we think we could reach the point where we have truly interrupted the transmission at the end of the year or the end of the low season [winter] next year,” said Michel Zaffran, the WHO’s director of polio eradication.

So far this year, just nine cases of wild – as opposed to vaccine-derived – polio virus have been recorded : two in Afghanistan and seven in Pakistan. Noting that there were generally fewer cases of polio in the cold winter months, Zaffran said that, even if there was a spike in recorded cases during the summer, the WHO believed it could still end transmission by early next year.

“It is going to be an extraordinary achievement. This has been an ongoing effort since 1988. We started with 150 countries and we are now just down to two countries and nine cases [so far this year],” said Zaffran.

Since the start of the global polio eradication initiative in 1988, transmission of the wild polio virus, which used to paralyse hundreds of thousands of children every year , has ceased in all countries apart from Afghanistan and Pakistan.

There have been false dawns in this battle, such as in 2013, when the virus re-emerged in Nigeria, Syria and Iraq, where it had previously been eradicated. All three are now free from polio once again.

The WHO is concentrating its efforts in three areas known to be reservoirs for the virus – the Pakistani city of Karachi and two cross-border corridors, around Quetta Block and in the Peshawar district.

Zaffran said 47 districts in Afghanistan have been prioritised for vaccination and surveillance, of which 32 are under control of anti-government forces.

“In these cases it is difficult to reach the children. We are vaccinating at transit points but we are still confident, because we’ve only had two reported cases this year so far compared to 22 [total cases] last year. We know when polio strikes because when a child is paralysed, the parents seek help and when they cannot find it locally they move,” said Zaffran.

In Karachi, the WHO is intensifying its efforts to reach pockets of children missed during previous vaccination drives.

“If we can achieve this, it is enormous: not only will it be the second human pathogen to be eradicated ever but it will be a great legacy for the world in terms of efficacy of vaccination programmes,” said Joël Calmet, a doctor with Sanofi Pasteur, a polio vaccine manufacturer.

Calmet said the end of polio will be a “landmark for humankind” because it has created a public health model for vaccination even in the most difficult and challenging places.

“The original deadline for eradication was 2000, which was said to be too challenging at the time, but now I think they set the barrier too high to mobilise everyone to collectively step up as there were too many cases and not enough was happening to reduce them,” he said.

“A 20-year delay might seem enormous, but polio has been around for thousands of years and to have got rid [of it] will be amazing.” – The Guardian