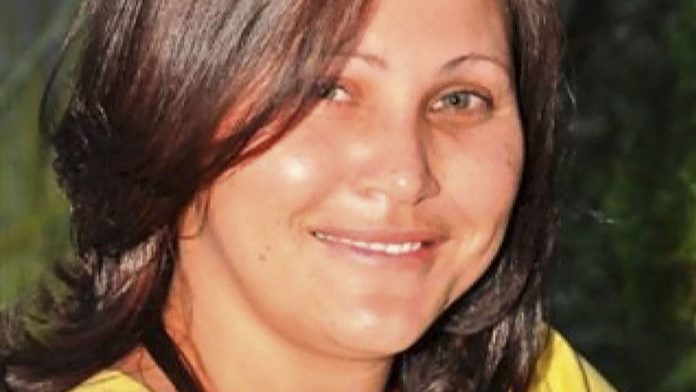 A receptionist and clerk in Namibia is probably a multi-millionaire who owns offshore businesses around the globe – except she just doesn’t know it.

Letitia Diergaardt’s name shows up repeatedly in a shadowy web of secretive offshore companies, some of which have questionable links to arms dealers. Her firms even transact with a European oil tycoon and billionaire.

Diergaardt, a Windhoek-based receptionist, is one of several people linked to a chain of offshore companies that have made headlines over the past two weeks in what’s known as the Panama Papers, an exposé of intricate tax-dodging schemes.

The thirtysomething Diergaardt has technically owned firms or was a director in nine offshore companies in the British Virgin Islands, even though she said through her lawyer that she was unaware of any of this.

Diergaardt’s connection to offshore companies is based on internal data leaked from the Panama-based offshore legal services provider Mossack Fonseca.

Diergaardt works at Powerbat Namibia, a battery supplier in Windhoek’s Southern Industrial Area, as a receptionist and debtors’ officer.

Although Diergaardt has denied knowledge of the offshore companies, the documents and past leaks show her name deeply entrenched in the murky offshore world.

Documents reveal that in 2007, she became the owner of a British Virgin Islands company named Komet Group SA. Komet Group and eight other companies were formed between April 13 and 25 2007, when she was in her mid-20s. In some cases, her name was registered for two to three companies in one day. Documents show that she resigned from some companies, but her status in others remains a mystery.

At face value, Diergaardt’s name is being used in these companies to represent hidden owners. The leaked data does not show what money went through the companies’ accounts, what deals they were involved in or whether they were dormant.

Someone, however, took the trouble to create these shell companies for a purpose. This is part of the bigger picture in the offshore universe where some multinationals, rich individuals and politicians use offshore companies to carry out dubious deals using seemingly legitimate companies stocked with dummy directors, company secretaries and shareholders.

There have been calls to clamp down on tax havens to ensure that those entities or individuals pay their taxes. Oxfam estimates that countries in Africa lose a combined $14?billion in tax revenues every year to tax havens. This money could pay to employ enough teachers to get every African child into school.

The Moldova connection
In the leaked documents, Dier-gaardt’s Komet Group SA told Mossack Fonseca that it was involved in the extraction of oil and gas and commercial processing.

The company was incorporated on April 17 2007, in the British Virgin Islands. Diergaardt allegedly bought the company two days later. She was issued 50 000 shares worth $50 000, making her the sole shareholder and director. Her home address is stated in the company documents as Khomasdal, a suburb in Windhoek. Diergaardt admitted that this address belongs to her sister.

About a year after acquiring Komet Group, Diergaardt is shown to have sold all her shares in the company to Moldovan oil oligarch Anatol Stati for $50 000.

Mossack Fonseca is based in Panama City. (Carlos Jasso, Reuters)

Stati’s oil business empire has made him one of Moldova’s richest individuals. It is not clear whether Diergaardt personally received any benefit for selling her shares to Stati.

The sale was made at a meeting on March 17 2008, which Diergaardt allegedly chaired while Stati was the secretary.

“A motion was made by Letitia Diergaardt to sell 100% shares of the company,” leaked minutes of the meeting said.

If Diergaardt’s version that she does not know anything about the offshore companies is true, this puts into question the legality of this meeting.

Other companies
Leaked records suggest that Diergaardt maintains an official role in several offshore companies as a director or shareholder. Some of those firms are still active.

Until 2009, Diergaardt was a director of Weston Commerce, Inc. One of her codirectors was Stella Port-Louis, a serial offshore “fixer”. Port-Louis was reportedly a director of 338 firms registered to the same office in New Zealand.

Port-Louis was singled out by United States President Barack Obama – then a senator – for directing at least 100 companies in the state of Wyoming when he warned of “serious problems confronting law enforcement as a result of minimal company ownership information requirements”.

Stella Port-Louis was a codirector in one of the companies.

Port-Louis is in turn linked to Geoffrey Taylor, a New Zealand businessperson who established shell companies that have been tied to arms deals, Mexican drug lords and Russia’s largest tax fraud scandal.

Taylor seems to have done this without breaching the law. His son, Ian Taylor, is also a director of another offshore company linked to Diergaardt, Barnard Commercial SA, where Diergaardt was named as a shareholder.

Her lawyer confirmed that the signatures on the offshore transaction selling Komet SA to Stati are genuine and that Diergaardt gave the signature to set up the registration of the company in Namibia.

But Diergaardt had been deceived as to the purpose of the company, her attorney said.

De Bruyn said that Diergaardt had initially been contacted in 2006 by a “Mr Constantine”, who asked her and two other people to help him register a transport company in Namibia. Constantine had “indicated that since he was a foreigner, he could not do so on his own – which is, of course, not true but our client was not aware of this fact”.

To the best of Diergaardt’s knowledge, Constantine moved away after a few months and the proposed company was never registered in Namibia. “This was the last our client heard of the matter,” the lawyer said.

Diergaardt did not explain her links to each company, expand on the identity of Constantine or respond to other detailed questions.

Questions sent to billionaire Stati were not answered.

For now, Diergaardt’s name will remain in the offshore universe. How it got there and why is still a mystery, seemingly even to her.

This article was produced by the Namibian’s investigative unit in collaboration with the African Network of Centres for Investigative Reporting (ANCIR).