Iran opens, but no joy at SA pumps 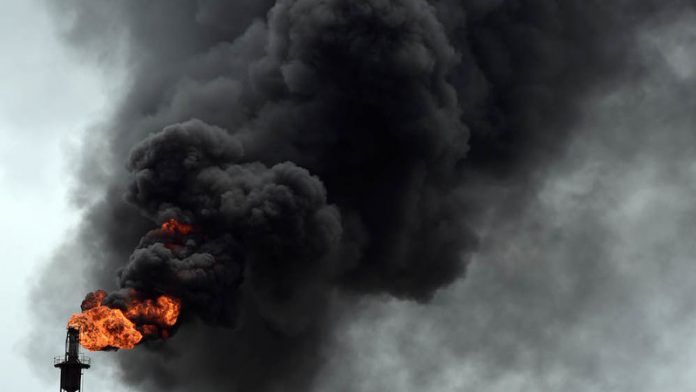 President Jacob Zuma’s recent trip to Iran has promised the renewed flowering of relations with a country that once supplied South Africa with millions of tonnes of oil each year.

The lifting of economic sanctions against Iran in January has upped the ante in an oil market already under pressure because of a supply glut. But, even if Iranian oil does start flowing our way, it does not necessarily mean that South Africans will be seeing a price drop at the pumps.

Following Zuma’s visit to Tehran, Reuters reported that the government is looking at importing Iranian crude oil within three months, although at least one analyst doesn’t believe South Africa will consume as much of Iran’s crude as it once did.

According to the department of energy’s website, South Africa’s basic fuel price structure is based on a range of factors. Among them is the price of refined petroleum products on international markets, quoted daily by refining centres in the Mediterranean area, the Arab Gulf, and Singapore – whose rates typically track international crude oil prices.

This basic fuel price makes up about 43% of what South Africans pay at the pumps in Gauteng. Another 36% of the price is government levies and taxes and the remainder is made up of items such as the retail margin and transport costs inland. The impact of the rand can also not be ignored.

The manner in which the regulated basic fuel price is calculated means that, even if the major companies are able to secure cheaper oil from Iran, there will be no price relief at the pumps. Prices have to fall in the Mediterranean, Gulf and Singapore refineries used by the department of energy for South African prices to drop.

South Africa’s imports are done predominantly through the international oil majors, who have contracts with suppliers, usually for a fixed term, according to Avhapfani Tshifularo, the executive director of the South African Petroleum Industry Association (Sapia).

After sanctions were imposed on Iran, oil companies had to source their imports from other regions, Tshifularo said. In the case of South Africa, much of this was replaced by imports from places such as West Africa.

It is likely to take time before the contracts the oil companies have with current suppliers come up for renewal. But, Tshifularo said, it is unlikely that South Africa will import the same volumes of crude from Iran that it once did, because the dynamics of the oil market have changed substantially since sanctions were imposed on Iran.

Oil and other commodities have seen a huge drop in prices in recent years. Since 2012, when Iran was hit by crippling economic sanctions over its nuclear programme, the oil price has fallen from highs of more than $115 a barrel to less than $30 a barrel earlier this year. Although prices have since recovered slightly, the oversupply has kept them under pressure.

At a recent meeting in Doha, the members of the Organisation of Petroleum Exporting Countries (Opec) could not reach an agreement on reducing oil production in response to falling prices. Its leading member, Saudi Arabia, is reportedly concerned about losing market share to other non-Opec countries, particularly in the wake of the shale oil boom in the United States.

“The suppliers [Opec] are competing against themselves to defend their market share,” he said.

The suppliers who occupied the vacuum left by Iran are now competing to defend that space, whereas Iran wants to get its market share back to pre-sanctions levels, he said.

Given the current depressed environment, no oil producer will want to lose any customers, he said.

“Right now the environment does not guarantee us going back to that pre-sanctions era. The dynamics have changed quite a lot. And Iran has got quite strong competition now, even from Africa,” said Tshifularo.

“It is going to be very difficult. The only way I see it is that Iran must come with the best deal that really beats the current suppliers.”

At the same time, oil companies, which are “pressed to cut costs from all angles”, will also be looking for the best deals, he said.

On Monday, the department of energy announced that petrol prices will increase by 12c a litre, although other petroleum products such as diesel will decrease by a marginal 2c a litre.

Marked declines in the rand against the US dollar in recent months has meant South Africans are not seeing the full benefit of the reduction in international oil prices, Tshifularo said, although there has been an indirect benefit. Had the oil prices been higher, with a weaker rand South Africans would be paying a lot more for their fuel.

The department said in a statement that the recent recovery in the exchange rate has meant the increase was “cushioned” by more than 25c a litre.

South Africa signed several agreements with Iran during Zuma’s visit, including a memorandum of understanding on co-operation between the South African state oil firm, PetroSA, and Iran’s Research Institute of Petroleum Industry, reportedly to transfer knowledge over gas to liquids technology.

But big business is being more cautious about jumping back into Iran.

After the imposition of sanctions on Iran, the synthetic fuels giant Sasol pulled out of a joint venture with the Iranian state firm, Pars Pertrochemical (the Arya Sasol Polymer Company) in 2013.

Sasol said in response to questions it believes that bringing Iran back into the fold of global commerce will be conducive to trade in the region and “we are currently monitoring and continuously evaluating our options regarding importing of crude oil from Iran”. But its existing “Arabian” crude oil supply agreements remain in place.

For now, it is focused on the Southern African and North American markets but, “Sasol regularly reviews potential investment opportunities globally that could have strategic fit for the company”.

The department of international relations and co-operation did not respond to requests for comment.