What do the kids have to say? 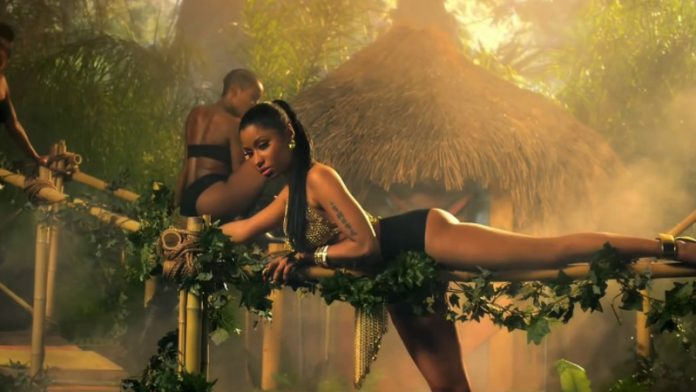 The first group of respondents consists of five teenagers living in Bellevue, Craighall Park, Houghton and Kensington: two girls (13) and three boys (13 to 14).

What do you enjoy the most about being a girl?
Respondent 1 (13): I guess the clothes section. Girls can wear any- thing they want to wear. I really like the fact that I can grow my hair really long and as a girl you can wear make- up if you look really ugly.

What do you enjoy the most about being a boy?
Respondent 3 (14): Not having periods and the fact that we don’t fall pregnant and grow through all that pain.
Respondent 4 (14): Your body doesn’t change that much. Your voice just gets deep and you get pimples.

What don’t you enjoy about being a boy??
Respondent 3 (14): Being the one who has to be responsible for every- thing. For example, you are expected to allow the girls to go before you.
Respondent 5 (14): Guys are limited fashion-wise.

Where do you get info on dating?
Respondent 3 (boy, 14): We don’t get the info online. We get the info from people and also from TV shows. We don’t know that we get it from TV shows but it happens subconsciously.
Respondent 2 (girl, 13): I would ask my friends or my mom. If I wanted an actual answer I would ask my mom.
Respondent 4 (boy, 14): We ask the older guys at school. We trust them because we’ve seen them in action.

What do you think of hip-hop artist Nicki Minaj’s Anaconda music video and lyrics?? Respondent 1 (girl, 13): The song itself is catchy but the message isn’t.
Respondent 2 (girl, 13): It’s very objectifying towards women. It’s a bit sex heavy.
Respondent 3 (boy, 14): I think it’s too explicit. The song is a code for certain things, like using the words “big buns” instead of saying a big butt and rappers do that all the time. They use code names.
Respondent 4 (boy, 14): It’s inappropriate.

Who are the popular musicians right now??
Respondent 1 (girl, 13): Kanye West is very popular. Also old-school rap seems very popular now. But I’m into indie rock. I’m kinda over bubblegum pop music.
Respondent 3 (boy, 14): People listen to Tupac a lot.?
Respondent 4 (boy, 14): Our peers listen to NWA. The movie Straight Outta Compton made those rappers popular again. People forgot about them but, because there is movie out they started listening to them again.
Respondent 3 (boy, 14): We didn’t forget — we just didn’t know about them.

What do you think of the Kardashian family??
Respondent 1 (boy, 15): They are seen as a glamorous famous family — like an image of what you want to be. That’s the lifestyle that people look up to. I think they are a reflection of the modern family. They are in interracial relationships and they have a transgender in the family. Everyone in the family is accepting. They are very open-minded. And I think it’s good that people get to see that. I didn’t really know much about the transgender thing before Caitlyn Jenner’s story.
Respondent 2 (girl, 15): It’s an interesting family. They do things differently. I don’t like Kylie Jenner. She is beautiful but she has issues and she seems antisocial. Caitlyn is okay, but it seems like he isn’t sure about who or what he is. I don’t know much about the transgender topic. I’ve heard about transgenders from life orientation (at school). Respondent 3 (girl, 17): I don’t know much about them. I’m not a fan.

What have you learned from the life orientation subject at school?
Respondent 1 (boy, 15): Nothing, dude. They want to tell us about sex, drugs and stuff, but our generation goes to the internet for that info. Life orientation is telling you about what you’ve already learned from the internet by yourself.?
Respondent 2 (girl, 15): I have learned a lot about people’s cultures and stuff about life.? Respondent 3 (girl, 17): I love that subject because we learn a lot about self-esteem and I have noticed that there are a lot of girls who suffer from low self-esteem. But I regard myself as the girl every girl wants to be like. I’m the “it girl” at school.

Do your parents monitor your internet usage (the kind of content you access)?
?Respondent 1 (boy, 15): They used to want to do that. They were initially going to put a search monitor thing on certain sites, but now I’m 15 and I will see what I want to see and do what I do and I will figure stuff out myself.?
Respondent 2 (girl, 15): No, but she used to go through my phone. But she doesn’t do that any more.

What are your peers listening to?
Respondent 1 (boy, 15): Panda by Desiigner.
?Respondent 2 (girl, 15): Any song from Rihanna’s new album Anti and Naughty Dance by DJ Fortee.

Is there pressure among your peers to have sex?
?Respondent 1 (boy, 15): No, not really. We are all cool when it comes to that. Go at your own pace. If you are ready to have sex, then have sex and if you are not ready, then don’t do it. Majority of the guys aren’t virgins but they don’t look down on those who choose to remain virgins. I don’t think there is pressure to have sex. But I think, with guys, they’d like to get that over and done with, because for men it’s not really a big thing, I suppose, and for girls virginity is more precious.
Respondent 2 (girl, 15): Most people in high school are not virgins but most of my friends are virgins. There is no pressure for us to have sex. Girls talk about it often but they usually point out the bad things about sex.

The third group of respondents consists of a girl aged 11 from Fourways, Jo’burg, and a girl aged 10 from Northriding, Jo’burg.

When you have questions about puberty, who do you ask?
Respondent 1 (11): I ask my mom but she doesn’t want to tell me because she is too embarrassed and she said she doesn’t know what is too much. So I ask my teacher instead. My mom told me the basic things about menstruating but we are soon going to have a special talk about menstruation with my teacher in our register class. The girls who have already started menstruating don’t say much about it — they’ll just say: “I have started.” We use secret code language when it comes to periods. For example, we’d say: “Have you started your flow diagram?” Nobody says the word period.
Respondent 2 (10): I sometimes ask my mom or my friend or my mom’s friend, because she always talks to me about the changes our bodies go through.

When you have questions about boys, who do you ask?
?Respondent 1 (11): I would ask my mom or my 18-year-old cousin. But I don’t really have questions because I am not interested in boys, especially in the boys in my school. They are so immature. They laugh every time someone gets in trouble.
Respondent 2 (10): I’d rather ask myself.

What are your peers listening to right now?
?Respondent 1 (11): Pillow Talk by Zayn. The song is about a relation- ship between him and his girlfriend and how they are in bed all day and I think being in bed all day is their paradise.

Do you know what rape is?
Respondent 1 (11): It’s when someone forces you to do something against your will. I learned about rape in my life skills class and through the TV show Generations, where one of the characters, Sello raped Dineo.
Respondent 2 (10): Yes, but I can’t explain it.

Romeo and Juliet are sexting: Will SA’s new sex-ed prepare kids for life and love?