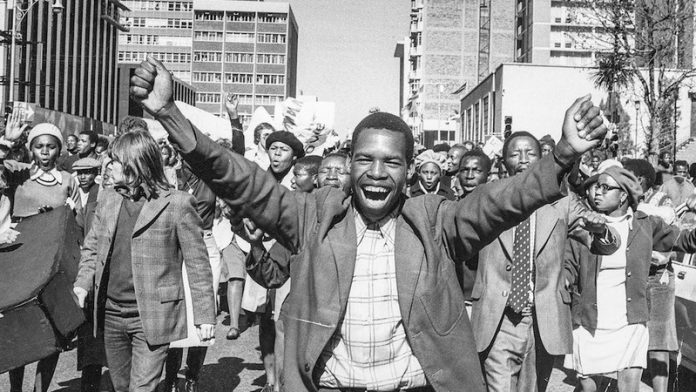 Reportedly, President Jacob Zuma last week referred to the classic pan-Africanist epic poem by the late Ingoapele Madingoane while addressing a meeting of the ANC Gauteng, though the context is still a mystery to me.

According to the report, in explaining the appointment – later reversed – of Des van Rooyen as minister of finance in December, Zuma is quoted, inter alia, as having said: “I was told I never consulted before making the appointment. I said to myself, ‘Africa my beginning, Africa my ending’.’’

I am glad that the president at last acknowledged, albeit mysteriously, the literary anthem of 1976, symbolised by the collective consciousness of the writing of Ngoaps, as we affectionately called each other as founders of Medupi Writers’ Association. I should know. I am the messenger who elected to transcribe and type the text from the creative handwriting of Mtshana – that was the other nickname we called ourselves then.

I edited it into shape and commissioned Fikile Magadlela (now departed) to illustrate the cover. It was to become the first edition of the Staffrider Series at Ravan Press, where I was also a director.

Poet-musician Mzwakhe Mbuli, through his Vhutsila Arts Ensemble, selflessly also celebrated his “brother in the arts”, Madingoane, at the Siyabakhumbula Awards ceremony of 2010.

The exact phrase is “africa my beginning/ and africa my ending”, Mr President. The original poem by Ngoaps was called The Black Trial, based on his phenomenal one-hander, an excerpt of which was captured on film – now transferred on to a DVD – by Chris Austin and Peter Chappell in 1980 as I Talk about Me, I am Africa, which is housed at the Hector Pieterson Memorial and Museum in Orlando West, Soweto.

Say it, Ingoapele Madingoane: “i talk about me/ i am africa/ i am the blazing desert yonder/ a tall proud grain amongst the sand”.

We are a few days away from celebrating Africa Day on May 25 and a few weeks before we commemorate the 40th anniversary of the June 16 1976 Soweto students’ uprising.

Regina Mundi church was a witness to the infectious baritone of Ngoaps as he walked in from the eastern main door towards the altar, chanting as if in a trance: “azania here I come/ from apartheid in tatters/ in the land of sorrow/ from that marathon bondage/ the sharpeville massacre/ the flames of soweto/ i was born there/ i will die there/ in/ africa my beginning/ and africa my ending”.

The apartheid regime banned the book barely six months after publication, but by then we had distributed more than 30 000 copies.

Definitely “africa my beginning/ and africa my ending”. It all adds up now. – Mothobi Mutloatse, formerly of eSkom too

The recent incidents of public property being destroyed calls for immediate introspection and debate on the general attitude to public property and vandalism (A people at war with themselves).

Libraries, clinics, municipal offices and schools are being destroyed during violent protests and one wonders why things always have to be that way. Many people have a perception that, if government buildings and infrastructure are vandalised or burnt, then the government will be quick in addressing and responding to their issues.

The sad thing is that the properties being damaged belong to the communities themselves and from which they benefit. The next thing, the same communities will be protesting and demanding service delivery, but they are the ones who are contributing to a backlog and delay in service delivery.

By remaining silent when this vandalism is being carried out is inadvertently encouraging the bad elements to commit more criminal acts. Communities need to stand together and condemn these acts. – Alice Mokobori, Johannesburg

Work together to create jobs

Unemployment is a structural problem of capitalism (Government ‘concern’ about unemployment is not enough). Recently Statistics South Africa announced that the unemployment rate increased from 26.4% in 2015 to 26.7% in 2016. This is shocking because, although the number of graduates has increased and skills development has improved, we see no improvement in unemployment.

The reason it is so high is because of poor economic performance and environmental factors such as poverty, inequality, race and a lack of skills.

Half the people who are between the ages of 15 and 24 in this country are unemployed. Many youths who should be economically active in urban and rural areas are faced with challenges that relate to qualifications, job opportunities and experience.

The more unemployment increases in South Africa, the more poverty, crime and inequality will increase too.

After months of little action, the planned nationwide stayaway may not be an impressive show of force by the trade union movement
Read more
Coronavirus

Covid-19 jobs unlikely to bounce back

The decline in employment has been accompanied by a larger increase in economic inactivity, resulting in a 42% expanded unemployment rate
Read more
Business