Vavi must account for his role in Cosatu’s demise 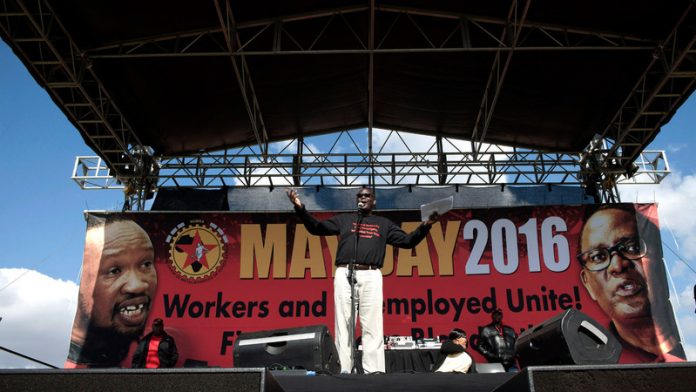 Vavi says that at the Workers Summit, “there was no political orientation so reminiscent of the practices of the past”. This is the same Vavi who uncritically embraced that past for many years when he led labour federation Cosatu in its alliance with the ANC and the South African Communist Party (SACP).

In 2000, I was calling for the very things Vavi and the National Union of Metalworkers of South Africa (Numsa) are now — 15 years later — calling for: a United Front (UF) and a Mass Workers’ Party (MWP). Then, they regarded me and others as being ultra-leftists, sectarian and so on. But the tide has turned and they are now leading the call for the UF and the MWP.

It is therefore a bit rich for Vavi now to bemoan the “imposition of a political line”. He was brutal then about defending that very ANC-alliance line. He also moved against unionists in Cosatu who were also critical of the federation’s alliance with the ANC and SACP.

Why did it take Vavi and Numsa so long to wake up to the Stalinist politics of the ANC-alliance? They doggedly continued in that alliance even when there was an avalanche of hard and painful evidence that Cosatu was little more than a labour desk of the ANC and at the polls little more than electoral cannon fodder for it. He and Numsa defended the ANC alliance against those on the left, who wanted Cosatu to break away and throw its weight behind an alternative mass workers’ party. It is incredible that they had to first wait for their expulsion from Cosatu to speak out boldly.

Despite many welcoming the idea of a new trade union federation, it comes at a great cost to the unity of Cosatu, the wider labour movement, and the whole of the organised working class. I believe that it could have been avoided, but Vavi was a big part of the problems that tore Cosatu apart.

He has not honestly and self-critically examined his conduct prior to his expulsion and whether or not he played into the hands of his detractors in Cosatu, notably its president, Sdumo Dlamini, by refusing to attend several meetings where he could have defended himself over serious charges. This would have given him an opportunity to turn the tables on them before all the Cosatu affiliates and build support for his cause.

It was after his refusal to attend a special meeting to discuss such matters that he was expelled. No matter what he believed was happening, the constitution of Cosatu compelled him to attend such meetings, especially as its most senior official and leader. To say, as he did, that he stayed away because several affiliates were boycotting such meetings was not an acceptable excuse.

He also reportedly refused to attend an independent inquiry into the allegations against him, contained in the SizweNtsalulaGobodo report, regarding his role in the sale of the Cosatu building. Reported attempts by the company to hear his response to the allegations were also in vain.

In this and other respects Vavi has to take responsibility for much of the ammunition he, through his own conduct, gave his detractors in Cosatu.

It was Vavi, too, who pushed for the expulsion of the former president of Cosatu, Willie Madisha, following allegations the latter made against him. How history turned when Vavi was expelled by Cosatu last year. This must have been the cruellest of ironies for him.

Vavi asserts that I implied that all the other unions who are part of the process of forming a new union federation allowed themselves to be dominated by Numsa and that this was an insult to their treasured autonomy. But I did nothing like that. Where did I either state that or imply it? He must please point it out. There can be no doubt that Numsa is the biggest union involved in the formation of the new federation and is spearheading the process.

In his reply to me Vavi omits responding to some concerns I pointed out about the orientation of the new federation he will be leading. In particular, he says nothing about his comment that the new federation “would not be compromised by its allegiance to an anti-working class parliament”, implying it would shun participation in parliament and thus in elections.

Vavi has yet to explain on what basis he and Blade Nzimande, then general secretary of Cosatu, went with President Jacob Zuma to Equatorial Guinea in October 2008. He divulged this information recently in a Sunday Times story. Did Cosatu members know about this trip and did he have a mandate from them to accompany Zuma and for what purpose?

The reasons for me pointing out some of Vavi’s weaknesses, inconsistencies and contradictions is so that he realises he is not beyond reproach regarding the split in Cosatu and that he contributed to it by virtue of his own conduct at an important moment in the unravelling of Cosatu.

Ebrahim Harvey is a political writer, analyst and author