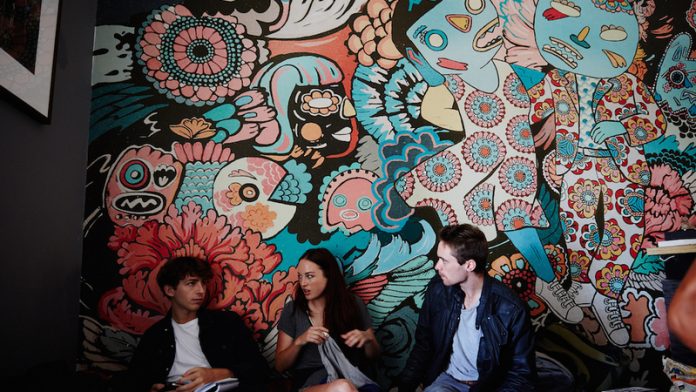 There is a quote by Werner Herzog about the need for a filmmaker to summon his film from the depths of hell if need be. Roger Young, who is best known for his criticism of our current cinema and for committing irreverent acts of journalism, hasn’t had to delve into the depths of hell to make his latest project, but he has come close.

His upcoming Love Runs Out is meta-cinema, investigating the shifting relationship between three young Capetonians as they decide what their definition of love is.

It seems the intersection of fiction and nonfiction in film and working in a mode that allows fictional narratives to be filmed in a real-world, unscripted context can allow for a specific kind of self-reflective cinema that a traditional film cannot. And, for ‘Love Runs Out’, it seems you work in that mode too. Why are you putting yourself through this?
The answer is, really, what choice do I have? This is the only way to make the film. But it is also potentially the best way.

So this is not just an aesthetic decision – it is a practical one?
Love Runs Out is a retelling of the past, which is a fictionalised past, but a character who is unreliable, and is sometimes corrected in her retelling, and even sometimes it becomes obvious that this character Julie cannot be the “teller” of particular incidences as she has no knowledge of them.

So there is a lot of unreliable narrator stuff going on.

But further to this is that I’m shooting the film more or less in the same locations that the events it is based on took place. So this allows for a lot of that fiction/nonfiction slippage, as well as the fact that we are often going in guerrilla style, which means background, and even sometimes foreground, action is beyond our control, which is lovely. I think I would have chosen to do a lot of it this way even if I had a larger budget. But, at this point, doing the whole film this way, it is a practical consideration primarily.

What has it been like to revisit the “scenes of the crime” as it were?
There comes a time when you have to abandon the exact reference. Some get to stay, and others have to leave.

It’s very hard, you know, to get the point of shooting the scene, which is recreation of a very special memory, and then realise that the memory is, well, that it doesn’t fit. It’s sad but it’s also just ego. In the grand scheme of things, our memories don’t matter.

So you don’t agree with Don Mattera saying memory is the weapon?
Oh, god, yes. I’m talking about personal intimate memories, in the sense that Mattera was talking about it. Yes, absolutely, memory is the weapon. But then this makes me think. If we take the film world as an analogy for the real world, the memory has to serve the purpose of the film, of the story, and, if it doesn’t advance it, it is superfluous, mere ego.

You have been writing this or some version of it for the past 20 years. That seems like a gruelling thing to go through.
It hasn’t been a constant or permanent endeavour. I have taken time to do other things. Lol. But, yes, gruelling is the word – to reopen that document every two to three years and redraft. Boy, gruelling. Over the years I have charted the rise of the price of an Amstel in micro proportions.

Does the film, even in a small way, deal with monogamy and whether it’s still a relevant construct?
Oh, God, yes, it’s what it’s mostly about – and bravery and honesty.

It seems odd that this is not dealt with more in literature and movies. Instead, the focus is always on a romantic idea of love.
Well, this film is really about how someone with that monogamous, romantic view on love tries to make a polyamorous relationship “fit” into that kind of thinking and how that fails her. It’s about, in essence, the failure of romantic mono love to take into account the realities of human sexuality.

You know, our idea of monogamy is very much based on invention of agriculture, property, all that.

I watched the trailer and saw how many people were in the crowd and club scenes. Have people been receptive to the idea of being in a film not knowing how it will turn out?
Oh totally. I mean Oppi [music festival Oppikoppi] was a total ’mare. Lots of people screaming, “Oppi!” into the camera.

While [at the] CTEMF [Cape Town Electronic Music Festival], the Capetonian cool kids mostly pretended we weren’t there, while dancing their way into prime positions on camera. Like, every party or event had its own flavour of how people dealt with the camera. Quite a fascinating thing in itself.

The idea that there are people who might appear in the film without knowing it and it won’t matter seems exciting. The elimination of awareness broadens the definition of what “participation” means.
Well, yes. I mean the fact that people are so used to cameras being every-where that it’s no longer a thing, which leads to them being part of something that, well, the thing is their “unawareness” lends so much to the film cracking the realism of your background action is like I would say 70% of the battle when it comes to big scenes.

The performance in the foreground is enhanced so much by credible background action. 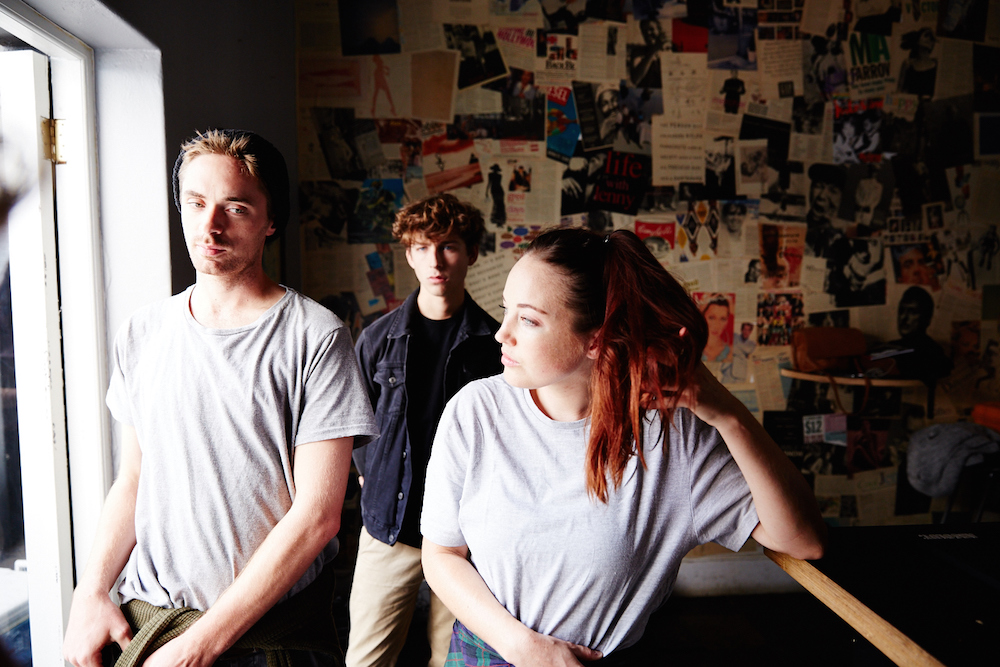 A friend said he wouldn’t watch the film because it was about young white kids and, as he said: “Young white kids are the worst people we have.” I thought, well, that is a little narrow-minded, but on the other hand I caught myself thinking, well, he is not really wrong.
He’s not wrong. I mean, it was a huge debate. Do we sacrifice audience by not having black leads, do we look deeper, change our shoot strategy, etcetera? But it’s an entirely true reflection of Cape Town.

And, if you don’t think I don’t play with that, then you have underestimated me as a filmmaker and your friend will eventually be convinced to watch the film.

A few years ago I spoke to you about the artist as a purveyor of an agenda, and asked you what the message of your work was. You said the process is the message. What message has emerged from this two-decade process?
That I was a really naive 20-year-old?

The process isn’t over. We still have a lot of key stuff to shoot. I’m receiving all sorts of messages. I’m sure the viewer will get their own.

And I know that’s evasive [but] there are some things that I hope come through, some things I have had to confront.

But I can’t put them into concise sentences. If I could, I wouldn’t need to make a movie.