Rooney raring to go – for England and Mourinho 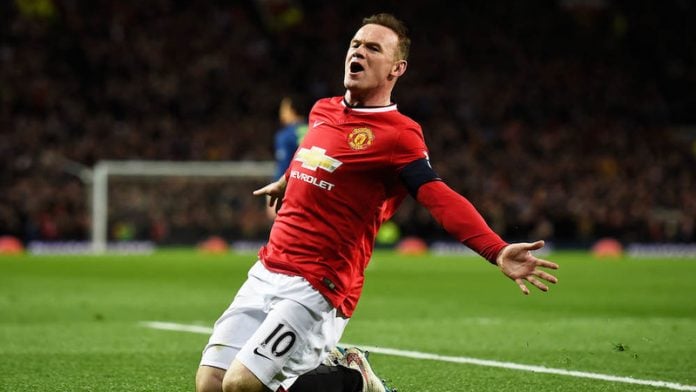 England captain Wayne Rooney called Euro 2016 his “biggest test” as an international player this week and revealed that he has spoken to newly appointed Manchester United manager José Mourinho. Rooney’s immediate focus was on leading England out against Portugal at Wembley on Thursday in their final warm-up game before Roy Hodgson’s men head to France.

But with Mourinho having visited United’s training centre for the first time this week, there was another Portuguese on the minds of the journalists who attended the pre-match press conference at England’s team hotel in Watford, north of London.

“Obviously I’ve spoken to him. It’s exciting times for Manchester United, and for myself and the other players,” Rooney said when asked about the new man in the Old Trafford hot seat. “He’s one of the best managers in the world and very successful, so I’m looking forward to it.”

Mourinho, who tried to sign Rooney during his second spell as Chelsea manager, signed a three-year contract with United last week as a replacement for the sacked Louis van Gaal.

Rooney will not play under Mourinho until United’s pre-season tour of China in July at the earliest and in the meantime he has a sixth major tournament with England to attend to.

The call-up awarded to Marcus Rashford, Rooney’s precocious United team-mate, has stirred memories of the former Everton striker’s own stunning emergence as an 18-year-old at Euro 2004 in Portugal.

Now 30, with 110 caps and a record 52 goals to his name, he is the senior figure in the England set-up and is relishing the challenge presented by his first tournament as captain.

“I feel it’s gone well. We were unbeaten in the qualifying campaign and I’ve scored a lot of goals since I’ve been captain,” Rooney said.

“But now is the big test. I think this is the biggest test now, going into a tournament.  “We’re away a long time as a group of players and I need to be a good example to those players and hopefully help us be successful.

“I don’t think I have to look after them, but if I can set the right example around the hotel or on the training pitch, then they will see that.

“There are a lot of players going to their first tournament who won’t know what to expect. It is different to turning up every couple of months and playing one or two games. So if I can try and give them a bit of insight into that, then of course I will do that.”

When England last played Portugal, in the quarterfinals of the 2006 World Cup in Germany, Rooney was sent off after planting his foot into the nether regions of Ricardo Carvalho.

He had been rushed back after breaking his foot prior to the tournament and has since become accustomed to going into international competitions either nursing an ailment or, as before Euro 2012, with a suspension to serve.

But having had two months’ rest owing to a knee injury sustained in mid-February, he says he has never felt better ahead of a major assignment with England. “It’s certainly as good as I’ve felt going into a tournament and that’s largely because I’m injury-free,” he said.

“In previous tournaments I’ve gone in and I’ve had little concerns, which sometimes does play on your mind, but I have no concerns about that. I’m just looking forward to it.” — AFP