Me, the Uber driver and Ali 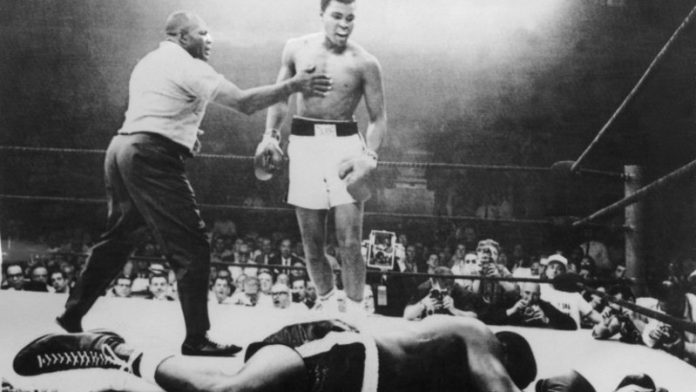 The Uber driver has never heard of Muhammad Ali. I am flabbergasted.

I always sit in the front, even when I am alone in an Uber. It makes me feel more egalitarian. Also in Johannesburg there is the taxi drama and it would nice not to be entangled in violent fights between a dying industry and one that is just being born. Anyway, when I am up front I feel obliged to talk and so a few minutes into our ride, as I am scrolling through my phone looking at Facebook, I say to him: “It’s so sad, Muhammad Ali has passed on” in a conversational tone.

But he seems confused and asks me who that is. I am equally confused and so I say: “Muhammad Ali. You don’t know him?”

The Uber driver is older than most. He might be around 60 and I wonder why is he driving and where he comes from. But his name is Owen and that tells me nothing. He is not from Zimbabwe. This man’s Zulu is not Ndebele. But then I think to myself that if he were from Zimbabwe he would have heard of Muhammad Ali.

Surely — no matter where he is from, he should know who Muhammad Ali is. What kind of person doesn’t know Ali?

I persist. This issue is now becoming more important to me than it ought to. I show him a picture on my phone. “Him.” I say.

He shakes his great head and there is not a hint of recognition. I tell myself that it’s because he is only half-looking. He is trying to keep his eyes on the road instead of looking at a picture of a man he’s never heard of.

I flick through my phone looking for a younger picture of Ali. I find one of the boxer in his prime. Ali is standing over an opponent looking triumphant. I am distracted for a moment because I have just seen from the caption underneath the picture that the Rumble in the Jungle was in October 1974. I am surprised. I remember everything about that night. I remember my dad and his friends drinking whisky in the living room. I remember the cloud of smoke curling under the lamplight. I remember the flicker of the TV screen playing on their faces. I even remember his skin was caramel, even through the black and white of the TV. I remember the crowds screaming and screaming. “Ali Bomaye! Ali Bomaye!”

But these are not real memories. They are just pieces of nostalgia and other people’s recollections woven into my heart. They have been inserted by the cultural milieu in which I grew up — a product of the privilege of growing up with a television in the house and a father who was mad about boxing. I was barely born when that fight took place. I can’t believe that all of these years I have been carrying around this idea that on the night of that match I was a child curled up on my father’s lap when, in reality, I was only a few months old, asleep in a crib next to my mother, blissfully unaware.

Anyway, this is all a distraction. The matter at hand is the driver.

He doesn’t recognise the younger version of Ali either.

“Angimazi,” he says. “Is he from South Africa?”

“No, from America,” I tell him, still incredulous but trying not to seem so.

Suddenly I want to cry. I can’t ask:“Like where have you been, dude?” because I know the answer.

He has been here. Or perhaps, put differently, he has never been anywhere and this is not his fault. He has no idea that Ali was the greatest and he doesn’t know anything about Zaire (now Congo again) or Mobutu Sese Seko and I am beginning to understand the full import of this. He may have never heard of the Vietcong and maybe he doesn’t know about the Black Panthers either. None of this is his fault, of course. Still, it is remarkable and it troubles me. He is driving a Toyota Corolla Uber and using GPS and he has never heard of Muhammad Ali.

Everyone on my Facebook timeline knows who Muhammad Ali is, but then again everyone on my timeline has been somewhere. Many of them have been pretty much everywhere. Everywhere that counts at least and it is obvious that this Uber driver is from nowhere; at least nowhere that counts. Although he has the app, he is not a citizen of Online. That country, it seems, is a faraway place.

Maybe all of these years while the Uber driver was alive but walking around this Earth not knowing who Ali was, he has had other things to worry about. Maybe his eyes were fixed too firmly on keeping one foot in front of the other for him to be looking for Muhammad Ali on the horizon.

I, on the other hand, have been to America and back. I read the New York Times. I am part of the New World and I travel to Online frequently. I am plugged in and I am beginning to understand that even though I thought Uber was a signifier of citizenship, I was wrong and so I say to him, quietly and without a hint of the incredulity that I am feeling: “Oh, okay. Well, he’s famous. Anyway, ushonile izolo.”

You assume — because you are both plugged in and you both have smartphones — that you and the Uber driver are the same. You think that somehow you are participating equally in the technological revolution and so you erase your class position and his, and in your mind you are sort of like a single being. You turn him into your friend because he has your cell number and you have his, and this is a slippery place to be and it is dangerous too because to him your chumminess is also accompanied by your willingness to pay R6 a kilometre and that must feel like a knife in the chest.

Every time you sit in an Uber and ask: “How’s business?” you want him to say: ‘It’s busy, my sister!” and when he doesn’t disappoint you; when he tells you a story about the peak times and how long he has been driving, then you are relieved and soon you begin to believe that Uber is demo-cracy because his car is clean and he is chatty and “smartly” dressed and you can call him by his first name and he can do the same, because … um, the app.

You begin to think that you are just the same and that Uber is justice and economic freedom because he does not smell like mahewu and firewood, and there is not even a whiff of his sweat when you get in even though he sits in this car all day long.

You forget that Uber is a brand and using it does not transport you both to Silicon Valley because somehow somewhere along the way Uber came to mean Google and Twitter and all of these things that are very cool and very modern, and you forgot in all your coolness and Uber-ing that you are paying a labourer for a service.

It is easy to forget the transactional real-world issues that are at stake when you never have to fumble and touch someone’s hands over rands and cents at the end of a cab ride. You can act as though there was never a transaction at all — as if you just had a momentary casual friendship.

Uber is a fantasy that lets you pretend that your fingertip is not more powerful than your driver’s entire body. You can pretend that he isn’t steering you through the city and across its highways; driving so that you can have your hands free, so that you can keep writing and stay connected and get ahead while he drives the same routes over and over again — in a loop that may never take him forward. It is easy to pretend that you aren’t engaging in digital exploitation when it’s all on your phone and on your card and in the ether.

But when your driver has never heard of Muhammad Ali suddenly you realise that you are not his friend and you and he occupy different worlds — and you wonder whether you should count yourself lucky that he does not yet see you as his enemy.

Sisonke Msimang is a writer and serves as a contributing editor for the Africaisacountry blog. You can follow her @sisonkemsimang.

This article was originally published on www.africaisacountry.com