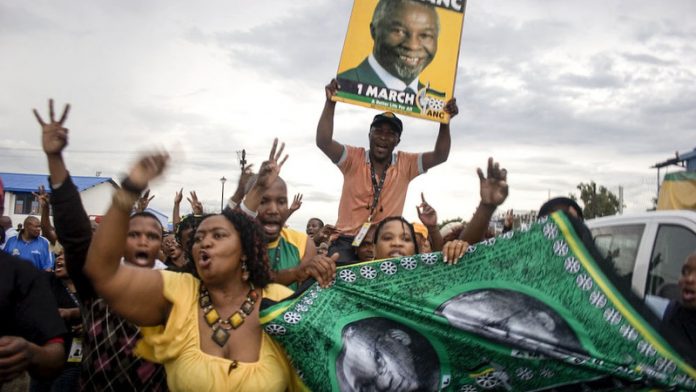 I recently learnt that the elephant in the ANC’s room – President Jacob Zuma – has acquired a new Zulu nickname. It is “Phunyu-kabamphethe”, apparently the name of some voodoo capable of making criminal and other charges miraculously disappear. It is believed that the person who uses this muti will always emerge clean, even if he swims through terribly muddied waters.

Could we all be under a spell of a strong dose of this phunyukabamphethe? Could a president’s more than nine lives be associated with some voodoo? And how long would the effects of such a spell last?

It may well last until Jesus comes back, as Zuma has hinted. As for the muti, this is a man who was dismissed as deputy president for having a corrupt relationship with his financial adviser, Schabir Shaik. As 783 charges of fraud, corruption, moneylaundering and racketeering hung over his head, his supporters and the ruling party could see nothing wrong in lobbying for him to lead the party – and later the country.

He had a team of highly placed drum majorettes, such as Zwelinzima Vavi, who labelled him a tsunami that could not be stopped. Vavi rallied his forces from union federation Cosatu around the man who became king at Polokwane. As things now appear, Zuma is indeed a tsunami – sweeping the economy and our national politics into a sea of trouble.

There may actually be no spell at all; it may just be the continued positioning of political leaders at the feeding trough.

Usually, a sitting president becomes a lame duck in his last term, but Zuma has generally been a shrewd political strategist, deploying those good at singing for their supper in key positions, creating a sophisticated network of patronage.

Take Free State Premier Ace Magashule, for example. He led his province for some time as chairperson, but Thabo Mbeki, when he was president, overlooked him for the position of premier. After Mbeki was recalled, Magashule became premier. He has Zuma to thank for two consecutive terms.

Being the smart politician that he is, Zuma went further: he has kept any possible opponents or successors guessing. Kgalema Motlanthe, a former general secretary of the National Union of Mineworkers (NUM) and then secretary general of the ANC, was deployed by Zuma to deal with the feud between the NUM and the Association of Mine and Construction Workers Union (Amcu) in Marikana. Zuma knew Amcu would see a conflict of interest in that and would have a problem with Motlanthe, so that mission went nowhere. Yet, on the side, Zuma tried to establish a separate trade union – the NUM being the constituency of Motlanthe, Cyril Ramaphosa and Gwede Mantashe.

Then Ramaphosa, another former NUM general secretary, emerged from the political wilderness and, as something of a compromise candidate, became Zuma’s deputy in 2014. Zuma was soon hinting that South Africa was ready for a woman president.

He knew that Ramaphosa, Motlanthe and Mantashe’s NUM constituency had been dealt a blow by Amcu, which had reduced the NUM considerably. Zuma knew that he had successfully reduced Cosatu to his labour desk (as the breakaway union Numsa would later claim). The battle lines were drawn in the workers’ federation and the possibility of any coherent campaign did not exist.

By the end of last year, Zuma knew that the vociferous Vavi was now in the political wilderness, having been expelled from Cosatu, and the once strong Mantashe-Nzimande-Vavi axis was at its weakest.

So he changed finance ministers at a rate some people change their underwear, and the economy went haywire. But Zuma survived the fallout.

If indeed there is some voodoo going on, it is quite effective – and has a lasting impact.

The leaders of a party that is supposed to lead society have hidden under the table, for the tsunami is now sweeping across the country and whoever stands in its way will become political debris. Religious leaders and others who threatened to take to the streets if the president was not recalled have gone underground. They just pray that Jesus comes back fast.

But it seems Jesus is not coming back any time soon. In all likelihood, it is Zuma’s former wife, Nkosazana Dlamini-Zuma, who will return from the African Union to take the crown.

Lesiba Seshoka is the executive director of corporate relations at the University of KwaZulu-Natal. These are his own views