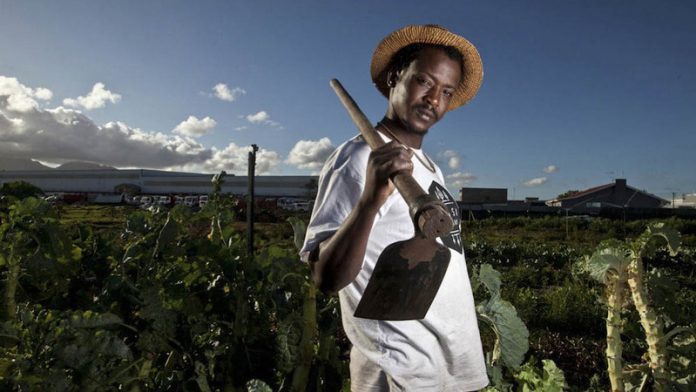 After starting his urban farming experience at the Wynberg Organic Urban Farm in Cape Town in 2014, Mosima Pale moved his farming operation to Philippi last year where it now occupies almost an acre of land. It is here that his Comrade Carrot concept was born.

“I was supplying fresh produce to restaurants and markets in Cape Town and decided to start a stall of my own,” says Pale.

Working with Denis Molewa of Molewa’s Kitchen, Pale set up space at the Obz Lifestyle Market situated under the Station Road bridge in Observatory, Cape Town. “I just aligned to it – the tiny mall set-up under the bridge is such a great concept on its own,” says Pale. “It was the right place for the first Comrade Carrot stall where I could offer farm-to-table fresh produce. I wanted to bring something new and fresh to the area, which is where the idea for Comrade Carrot’s Farmers’ Market came from.”

The idea was to create a “market for everybody” that provides fresh, healthy food and produce that is both accessible and affordable.

In the collaborative spirit of Comrade Carrot, Pale invited other young entrepreneurs, who had stalls at the ERF 81 Food Market in Tamboers-kloof, to his new farmers’ market in Observatory. “We’ve built up a network of young entrepreneurs promoting an alternative healthy lifestyle and who ensure that everything is as organic as possible. In this way, customers get to meet the farmers and all the profits go straight back into the small-scale farms that the produce comes from,” Pale says.

That network includes a team of Cape Town foodies who have everything from gluten-free savoury pancakes to homemade confectioneries on offer. By cutting out the middle man, Pale develops a relationship with his customers and believes that, because the Obz Lifestyle Market is still small, it is able to offer Capetonians something unique.

With an abundance of markets on offer, Pale believes that this one is a little more “earthy” and, by getting to know the farmers and stallholders, “you get to know exactly where your produce comes from”.

With one farmers’ market behind him, Pale is excited about Comrade Carrot’s future. “I am really happy with the turnout we had. I know we can do better and I’m looking forward to seeing it growing. Obz needed something like this and it has been a really great fit.”