Data reveals secret to log-topping Lions’ success: Carrying the ball, not kicking it 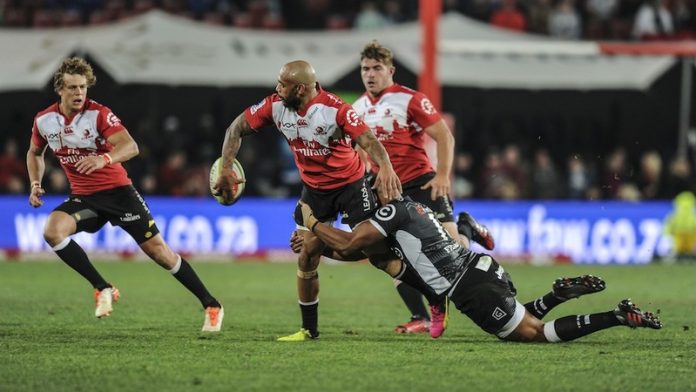 The Lions passed a significant Super Rugby milestone last week when they became the first Johannesburg-based team to clinch a home playoff since 1995.

In those far-off days there were just 10 teams, split into two pools, and so Francois Pienaar’s Transvaal only had to win three of their four games (they lost at Newlands) to top the table.

As an aside, the tournament was sponsored by Topsport, the television sports broadcasting arm of the SABC. How times have changed.

The final was played at Ellis Park and a star-studded Queensland Reds team triumphed 30-16. A month later, many of the Transvaal players had their revenge playing in the green and gold of South Africa against Australia in the opening game of the World Cup.

In 1995 Johan Ackermann was dividing his time between turning out for Pretoria Police and Northern Transvaal. His son, Ruan, was born four days after Christmas the same year. Last weekend Johan battled to keep the smile off his face as Ruan scored the fourth try for the Lions against the Sharks.

This week, of all weeks, Ackermann senior could have been forgiven for resting on his laurels. The Lions (47) head the overall log by a point over the Chiefs (46), who are followed by the other three New Zealand sides in contention, the Crusaders (45), the Hurricanes (44) and the Highlanders (43).

The last three are also the only teams to beat the Lions this season. Maybe that informed Ackermann’s decision to field an unchanged side from the one that humbled the Sharks.

With the Kings coming to Johannesburg this week, the coach must have been tempted to field his second-string troops. After all, several of the 11 teams to have beaten the Kings this year have done just that. That he chose not to says a lot about what is happening under his watch.

To stand on the field at Ellis Park after last week’s game was to see the magic in action. Long after the final whistle had blown, many of the 34 000-strong crowd stayed to enjoy the atmosphere. The Lions players wandered around grinning, signing autographs and looking anything but jaded after a long, stressful season.

Faf de Klerk spent time with Joel Stransky, not far from the spot where the former flyhalf had dropped the World Cup-winning goal that gave him immortality. Ruan Combrinck wound the tape away from his wrists and perhaps wondered what was happening on the family farm. Ironically, it was in the news a few days later when disgruntled members of the National Freedom Party were charged at Babanango police station for unlawful protests.

And mention of the real world is a timely reminder that what Ackermann has wrought at the Lions is not magic; it is the fruit of hard work. The boffins at data collectors Opta Sports have exposed the template that makes it look like magic. Their statistics reveal that the Lions score more tries (4.6) and more points (31) in each game than any other team.

To score tries you need to carry the ball. Accordingly, the Lions are fifth in total carries (114.4 per game), but second in metres made with those carries (516.5m). In other words, every time a Lions player receives the ball he carries it just under five metres.

With ball in hand the Lions are fifth in the standings for clean breaks (12.4 a game) but, more significantly, they lead the charts for defenders beaten (26.8 a game). Part of the secret is ball retention. Only three teams kick the ball less than the Lions, who punt 19.5 times from hand in the course of a game.

By carrying the ball instead of kicking it aimlessly, they make fewer tackles a game (100.5) than any other team. Of those tackles, they miss an average of 15.3, placing them third in the standings. After the tackle, they win the ball back more often than any other team (8.6 turnovers a game).

Then there is the matter of discipline. The Lions concede just 7.9 penalties a game (second overall) and have received a total of two yellow cards in the course of 13 games.

So the picture becomes clear: the Lions keep the ball and use it wisely. When they don’t have the ball, they go about winning it back fairly and successfully. What the statistics can’t describe is the thrilling manner in which the Lions play. Reunited with an inside centre who likes to pass the ball (Rohan Janse van Rensburg), Lionel Mapoe was lethal against the Sharks in a way that he could not be for the Springboks against Ireland. He runs fast and straight and he keeps the ball alive through contact.

Jaco Kriel eschews most of the bad habits that afflict flankers in this country; he is much happier on his feet than on the ground and he is constantly looking for a teammate to put into space.

Elton Jantjies misses one in three of his kicks at goal, but he butchers defences with chips, passes and feints. If he is allowed to grow into the number 10 jersey for the national side, he could be the catalyst for the sea change required in the Springbok playing style.

For now, though, it should be enough to give praise where praise is due. There is a chance that this Lions side can emulate the Bulls teams of Victor Matfield, Fourie du Preez et al by winning the Super Rugby title. And if they do, it will be in a manner that would make us all proud.