South African brothers charged with terrorism, accused of planning attacks against US embassy and Jewish institutions 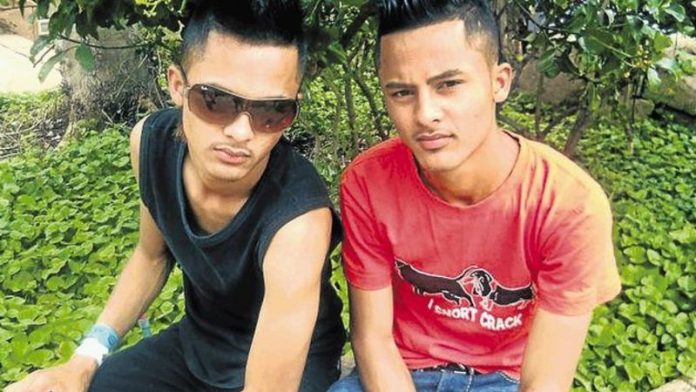 Two South African brothers accused of plotting to blow up the US embassy and Jewish institutions, and planning to join the so-called Islamic State, appeared in court on Monday.

The 23-year-old twins, Brandon-Lee and Tony-Lee Thulsie, were arrested over the weekend in a first for the country involving allegations of IS membership.

“It is alleged that they wanted to bomb the US embassy and Jewish facilities in the country,” Hangwani Mulaudzi, spokesperson for South Africa’s elite police, the Hawks, told AFP.

“Although we have had people stopped from travelling abroad, this is the first time we have arrests linked to Islamic State,” he said, after the pair appeared briefly in a Johannesburg magistrate court.

The US warning said attacks could target sites frequented by US citizens, including high-end shopping malls in the economic hub of Johannesburg and Cape Town, which is popular with tourists.

The two men, who are accused of planning to join the Islamic State group in Syria, were remanded in custody and will return to court on July 19 to allow for further investigation.

“They had been on our radar since 2015. They tried to leave the country twice, through OR Tambo airport and through Mozambique (to join IS),” Mulaudzi said.

Radicalisation in South Africa?
According to court papers, the brothers “conspired to commit the crime of terrorism by planning to cause explosions at a mission of the United States of America and Jewish institutions.”

The suspects were also accused of inciting others to “aid and abet them”, according to the provisional charge sheet.

“The incitement was to further the political, religious or ideological motives and objectives of… the Islamic State in Iraq and the Levant (ISIL),” it said.

Two other suspects also arrested on Saturday were reported to be linked to the brothers. But the prosecution said they faced unrelated charges and were due to appear in a separate court later Monday.

Muslims account for only 1.5% of South Africa’s 53 million people and the country has so far escaped the jihadist attacks staged in several countries on the continent.

“We have got fairly verifiable evidence of South Africans going to the geographical Islamic State (in Syria),” Nick Piper of Signal Risk, a Cape Town-based security consultancy, told a press briefing recently.

“There is radicalisation happening within South Africa. There is a strong possibility that if an incident does happen, it will be a South African.”

Previous warning
The US government had previously received information that terrorist groups were planning to carry out attacks against places where its citizens congregate in shopping areas in South Africa, its embassy said in June.

“This information comes against the backdrop of the Islamic State group’s public call for its adherents to carry out terrorist attacks globally during the upcoming month of Ramadan,” it said in a statement posted on its website.

It singled out upmarket shopping areas and malls in the commercial hub of Johannesburg and Cape Town, widely regarded as South Africa’s tourism capital, as the main target areas.

The South African Police Service declined to comment and said they were studying the US embassy statement.

Last September, the US also warned its citizens of a possible attack by “extremists” against its interests in South Africa, a stable democracy seldom associated with Islamist militancy.

The embassy and consulates in Johannesburg, Durban and Cape Town closed for several days in 2009 after what US officials described as a “specific” threat to diplomatic missions in South Africa.

The US embassy declined to comment on this occasion. – AFP