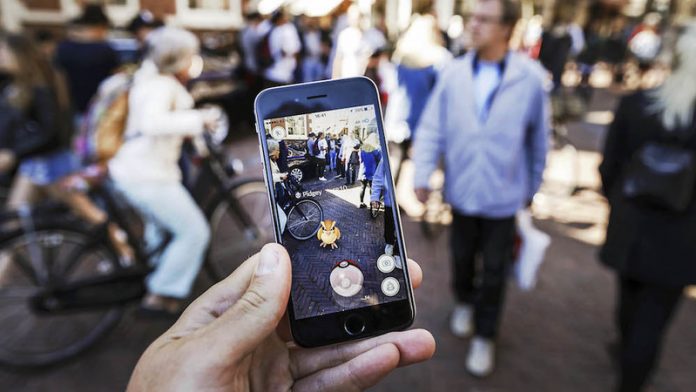 Augmented reality is the latest buzz phrase that has burst into our collective consciousness. This is thanks to Pokémon Go, the new cellphone game that’s the biggest digital hit since … well … Pokémon.

Millions of users across the world downloaded the game after it was released last week, all hoping to get a crack at catching Pikachu and his not-so-furry friends. Of course, this was swiftly followed by a social media onslaught so grand that even that staunch anti-Twitter anarchist friend of yours couldn’t help but notice it was trending. People everywhere were eager to display their conquests, adventures and newly acquired Pokémon.

The old adage “put Pokémon on it and it will sell” aside, the appeal of the game is simple enough. It begins with the game’s map, which comprises the actual surroundings of the player – using Google Maps to plot the user’s location and the landmarks around them.

The only way the player can move in Pokémon Go is to physically move in reality. As they wander through the game’s world (our world?) they will naturally encounter Pokémon, at which point the user’s camera turns on and the world in front of them appears as it would in a normal photo, except with one major difference – there’ll be a critter from the Japanese goldmine hopping about.

Say you take a trip to Sandton. Don’t be surprised to switch on the game and see a Zombat perched on the shoulders of the Nelson Mandela statue on the square. There are plenty of intricacies and features – like the Poké gyms, where you go to do battle against other users – but that, in a nutshell, is the game.

The idiosyncratic nature of Pokémon Go will invariably result in some truly weird, wonderful and bizarre stories emerging. These include a woman who stumbled on a corpse while out on an adventure; three men who used the game to orchestrate an armed robbery; road signs pleading with motorists not to “Pokémon Go and drive”; an Australian expat in Singapore who was fired from his job for posting: “You can’t fucking catch Pokémon in this piece of fucking shit country”; and countless cases of hook-ups and love stories.

Plus, there’s been an official request from the Auschwitz museum in southern Poland to be removed as a location from the game – since having people throwing Pokéballs about in there is a tad insensitive.

But, just like all major football tournaments these days, South Africa hasn’t been invited to the party yet. Although there are relatively easy workarounds and loopholes, we can’t technically download Pokémon Go from either the iStore or the Google Play Store – and this is likely why it hasn’t exploded in South Africa like it has elsewhere.

Users are quickly growing and Twitter and Instagram communities are emerging, but we are arguably yet to savour some truly unique South African flavour. Mzansi is not renowned for being tame – nor are its people, for that matter – so no doubt this will soon change. Although no one is holding thumbs for a traumatised young woman to discover a body, it will be fascinating to see what stories do end up emerging, how the culture manifests itself locally and just how big it can actually get.

Are Capetonians going to start bringing their phones to the beach in the hope of snaring a rare Gyarados? Will trepid suburbanites brave the streets of Jo’burg, luxury phone out, as they hunt for a gym to do battle? Is Helen Zille planning to take it up in her latest attempt to pander to the people? Will Maboneng’s hipsters play the game (thereby ironically turning everyone else away from it)? How long will it take for a racist moron to blame his Squirtle’s loss on black people?

We don’t know the answers to these questions and what will come to pass. But judging purely by South Africa’s controversial track record and flair for the spectacular, it will surely be worth a tweet.