Study paves the way for Karoo lamb to join the ranks of tequila, champagne and Kobe 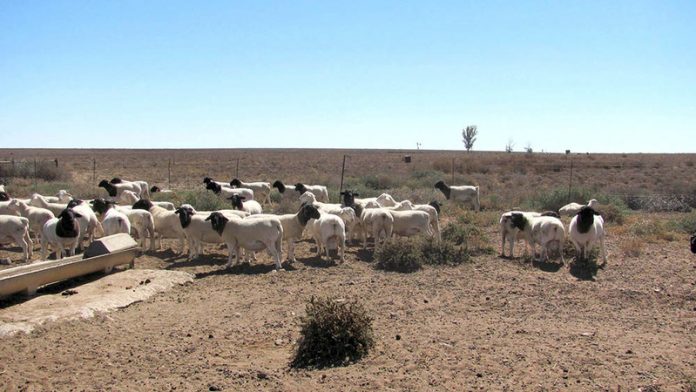 You are what you eat – even if you’re a lamb grazing on fragrant plants in the Karoo. Stellenbosch University student Sarah Erasmus has just released scientific evidence proving that the unique taste of Karoo lamb comes from the vegetation on which the animals feed.

The 26-year-old food scientist’s findings, which form part of her doctoral research, have been accepted for publication in the scientific journal Small Ruminant Research.

She found that lamb in most parts of the Karoo had “a more prominent and favourable lamb-like and herbaceous taste” compared with other South African lamb because of a diet rich in fragrant Karoo plants.

She said most of the farms in the Karoo also scored higher on the physical attributes of the meat, such as juiciness and tenderness, compared with farms in the Western Cape and Free State.

Eight female judges – whose ages ranged from 23 to 65 and who have training and experience in tasting meat – were selected to assess the aroma, flavour and texture of the lamb from seven sheep farms – one each from the Western Cape and Free State and five from the Northern Cape.

Erasmus sourced meat from the black-headed Dorper, which was bred for South Africa’s arid conditions.

She collected plant samples for analysis from areas where the lambs grazed before they were slaughtered and questioned farmers about the animals’ diet.

Her findings are significant because it could pave the way for South African farmers to register Karoo lamb internationally as a uniquely South African brand. It is already registered in South Africa as a trade brand name.

There are also taste variations in the Karoo. The study found that, unlike lamb from other parts of the Karoo, the lamb in the Hantam Karoo was “too herbaceous and had mutton-like, sheep wool and barnyard/kraal attributes”. This was as a result of a difference in the vegetation, said Erasmus.

“Lamb raised on Free State grass and lucerne had strong mutton-like characteristics. Overall, sensory differences were more prominent in the fat, suggesting the important role of fat in the taste of the Karoo lamb.”

Erasmus said diet has a significant effect on the sensory profile of extensively produced Dorper lamb. But “the current sample size was insufficient for comparison between regions. Therefore, for future research, one should explore the regional differences, taking into account the distribution of different areas of origin within each region”.

Erasmus said further investigation was also required to determine whether characteristic volatile compounds (lending the plant its unique fragrance) could be transferred from the plants through the intestinal tract to the lean and adipose tissue (fat) in the lamb.

To support her findings and as part of further research, she collected lamb from several farms across the country and had it analysed earlier this year at Wageningen University in the Netherlands, under the guidance of food authenticity expert Professor Saskia van Ruth.

The latest method – known as a proton transfer-reaction mass spectrometry, which produces unique chemical fingerprints – will be used to determine the origin of the meat.

The preliminary results, according to Erasmus, have indicated that the “volatile components” in the Karoo plants are also present in the lamb.

“This was expected as some plant secondary metabolites can be transferred from forage to meat. Certain volatile compounds detected in both the Karoo plants and meat are known to have characteristic pine-like, rosemary, citrus and lemon aromas,” said Erasmus.

“Ultimately, these terpenes [a class of compounds produced by a variety of plants] might be used as markers of geographical origin for Karoo lamb.”

Distinguished professor in meat science at Stellenbosch University Louw Hoffman said Erasmus’s visit overseas showed that their research was recognised as being of an international standard.

“There’s a huge move internationally in the food industry to determine the region of origin of, for example, in this case, sheep.”

Q&A Sessions: ‘Food is central to every occasion’