Telkom Mobile has the lines buzzing about its prices and, surprisingly, its service 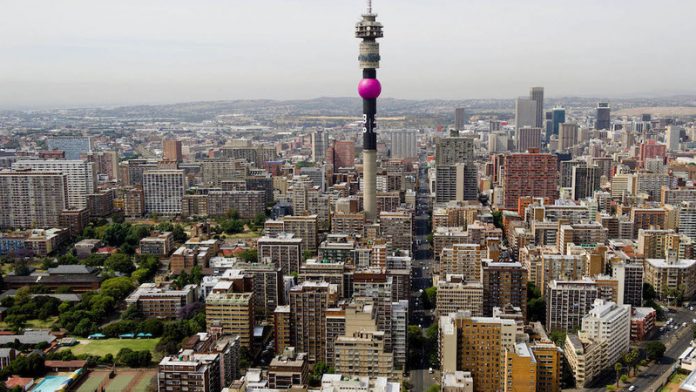 It was at a sunny birthday breakfast that talk about Telkom came up. But instead of the usual complaints about poor service, the conversation bordered on unlikely enthusiasm. “Have you seen the Telkom Mobile deals? They’re insane!” That was by a lawyer friend, who, like me, has been a customer of the same cellphone network for years. Despite Vodacom burning a hole in my pocket, especially when I inevitably leave the land of the in-bundle rate, I have stayed with it.

Switching networks involves inconvenience and, for the most part, Vodacom has never left me in the deep Karoo without communication to the outside world. Willingly moving to Telkom, the quasi-parastatal that has maddened many a South African, is something I would never normally consider.

But here’s the thing. I am. My husband is moving to Telkom Mobile, my friend has cancelled her contract and her partner has already made the switch. Is this a sign that, unlike many other benighted stateowned entities, Telkom is changing?

Despite being a small mobile operator, the answer may just be yes. Chalking up losses of R2.2-billion three years ago, in its latest annual results, released in June, Telkom revealed that its mobile division has now broken even.

But, say experts, despite the company’s competitive offerings, Telkom still faces a “perception problem”. Telkom Mobile’s new FreeMe offering, launched in late July, is routinely trumping the competition, according to research by Tariffic, a cellphone-spend

In a recent analysis done using its online comparison tool, it found that, based on three different user profiles, for a SIM-only contract, the FreeMe packages saved consumers an average of about 24% a month.

Antony Seeff, Tariffic’s chief executive, said that what has made the packages unique is their datacentric focus. “Although Telkom’s data tariffs have always been well priced, Telkom is now effectively offering data contracts to voice users who can then pay very competitive out-of-bundle rates to make voice calls,” he said.

They come with enticing freebies, he added, such as free WhatsApp usage, free calls to Telkom mobile or landline numbers and, with the larger packages, free calls to other networks as well.

Cellphone users are using fewer voice minutes and more and more data, he said, and Telkom has used this to turn the conventional cellphone contract “on its head” by focusing on data rather than voice.

The packages are also cheap, according to Seeff, and especially for consumers looking for medium-to-high data use packages. In my case, I need a new cellphone and have been long been an Apple user so have been leaning towards an iPhone 6. Using Tariffic’s comparison and based on my estimated monthly data usage and voice calls, Telkom’s FreeMe package, even though it includes a comparatively costly device, still comes out cheaper than comparable MTN, Cell C and Vodacom deals.

In a further analysis by Tariffic, based on three differing user profiles, and this time including different handsets, Telkom Mobile and its FreeMe packages again came out favourably — seven out of nine times (see graphic).

But Seeff cautioned that consumers must study the packages carefully and pick one based on their personal requirements. Despite these disruptive offerings, Telkom is still a small mobile operator with only about 2.2-million subscribers, or 2.6% of market share, in the 2015 financial year, compared with the likes of Vodacom and MTN with 32.1-million (37.7%) and 30.5-million (35.9%) respectively, according to figures from Research ICT Africa (RIA).

It also has the lowest and cheapest prepaid and data rates in the market, as well as the lowest out-of-bundle rates.

But this has not managed to win it more subscribers, particularly in the prepaid market, RIA said, suggesting that it may be “facing brand and market positioning challenges”. Seeff agreed, saying that many consumers “have unfortunately had a bad experience dealing with Telkom regarding their landlines and are simply not willing to give Telkom a second chance with their cellphone contracts”.

Some customers have also been burned by what they consider as “second tier” networks, preferring to stay with a network they trust, even at a price premium. And this kind of product innovation is not the first seen on the market. Cell C has been doing it for years, Seeff said, offering promotions such as free WhatsApp usage, contract buyouts, and driving down prices in the market.

The larger players have been slow to respond to these and they have done little to affect their subscriber base, he added. “Some subscribers may move for these promotions, but there is unfortunately a high level of inertia in the cellular space with many consumers unwilling to jump ship to another provider.”

“Vodacom’s investment in the reach, quality and efficiency of our networks is a fundamental point of differentiation,” Kennedy said. This has played a significant part in increased net promoter scores, essentially a measure of a customer’s willingness to promote a company to others.

According to Kennedy, Vodacom has invested more than its competitors in infrastructure — about R50-billion the past five years, and a total of R70-billion over the past two decades.

In the past year, it has made “significant progress” on a pricing transformation strategy, he added, offering more personalised packages that provide customers with greater

value, such as its Just 4 You platform, which offers personalised packages.

But Telkom is more than its mobile arm and, although the group increased its revenue by 14% to R37-billion, overall profits were down to R2.37-billion from R3.18–billion in 2015.

Despite this, its share price has improved dramatically, particularly over the three years since Telkom launched its turnaround strategy aimed at improving the performance of the company.

According to Richard Hurst, a senior analyst at Ovum, although profits have been down and its profit margins are under pressure, the share’s buoyancy is probably based on expectations of future cash flows from the consumer market and services such as Cloud and IT services, which have come with the acquisition of BCX (Business Connexion).

Telkom bought the group in August 2015 for R2.7-billion and it has contributed about R4.8 billion to Telkom’s revenues, according to its financials.

Hurst said, as part of its turnaround, Telkom had made inroads in the market, particularly in improving efficiency and customer service.

Nevertheless, it faces several difficulties including reduced revenues from voice and line rentals and increasing competition. Telkom will still need to maintain its focus on efficiencies and use its existing network assets to retain market share, he said, particularly in the context of the broader fibre rollout taking place.

Despite having the largest fibre footprint in the country, there is the risk that its competitors will steal a march on Telkom, as has happened in the ADSL and mobile broadband spaces, Hurst said.

“The [fibre roll-out] battle is heating up in South Africa and the operator must guard against losing market share and revenues to competitors as their assets languish,” he said.

Despite being listed, slightly less than 40% of Telkom is owned by the government through the department of telecommunications and postal services, and the Public Investment Corporation owns just less than 12%.

This has often placed Telkom at the centre of debates about broader competition in the telecoms industry. The shareholding structure is one of the main problems for Telkom, Hurst said.

Telkom would benefit from a further sale of equity by the government: it would place greater control over the company in private hands and also see a massive injection of capital, which would assist Telkom’s ability to compete.

The long-standing debate over local loop unbundling (LLU) has been one of the issues at the heart of concerns about South Africa’s slow growth in both broadband access and speeds.

This essentially involves opening up access to Telkom’s infrastructure — typically the copper cable network, connecting its phone exchanges to customers’ premises, known as the last mile.

But it can also refer to permitting access to phone poles and ducts that are spread throughout the country’s towns and cities.

Although Telkom has opened up access to some of its network on a wholesale basis, it is at a high cost and is limited.

Despite starting down the path, Telkom still has some way to go, said Ryan Hawthorne, an economist at Acacia Economics. Its failure to embrace LLU has encouraged competitors to launch rival infrastructure, as seen by the rapid growth of companies such as Vumatel, which rolls out fibre to the home.

“Consumers now have a choice of infrastructure providers, whereas before they didn’t,” said Hawthorne. LLU has been implemented in more than 30 countries, including across the European Union and in some developing nations. In the United Kingdom, where BT has adopted LLU, it has made a major effect on increased internet speeds.

But other factors such as the government’s delayed allocation of spectrum are also hindering South Africa’s ability to enhance broadband connectivity and speed.

Recently the department said it would take the Independent Communications Authority of South Africa to court — stalling a longawaited spectrum auction by the authority.

Not only would the auction have earned the government additional revenue, it would have been beneficial to the likes of Telkom Mobile, said Hawthorne. It roams on MTN’s network, but it could use the additional spectrum to negotiate a better roaming deal with MTN, for example.

Winners of the spectrum auction will also be required to provide open access to their networks, which means better access for mobile virtual network operators (such as Hello Mobile and Virgin Mobile). This ultimately means reduced prices for customers.