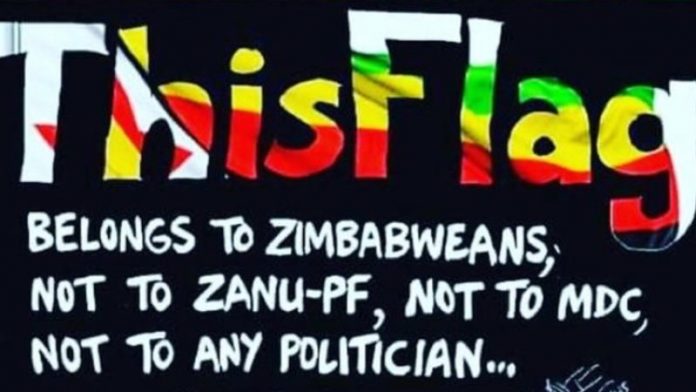 Mobile data prices in Zimbabwe sky-rocketed overnight and Zimbabweans say the hikes are government efforts to quash activism on social media around the #ThisFlag movement. Last night, a number of shocked Zimbabweans tweeted about new mobile data prices, ranging from $.050c for 8MB to $50 for 2GB.

The cost of data has just gone through the roof. This is definitely meant to curtail people’s access to the internet pic.twitter.com/aYsJ70t6rO

@SupaCollinsM May you please explain the astronomical cost of mobile data? Aren’t you & POTRAZ killing the goose that lay the golden egg?

The blame has been put on Supa Mandiwanzira, Zimbabwe’s Minister of Information, Communication and Technology and Courier Services, after a command to Postal Telecommunications Regulatory Authority of Zimbabwe (Potraz) was sent to mobile networks to suspend data bundle promotions.

Zimbabwean journalist, Zenzele Ndlovu, explained to htxt.africa that data promotions had eased the burden of high data costs for citizens.

Ordinarily, data costs an average of $1 for 250MB. Still, with data promotions removed, the new prices are astronomically higher than usual.

Even by South African data price standards (which happen to be among the highest on the continent) that is extremely high.

Just to give you an example of what prices were like before, Here’s a table of mobile data prices on the Telecel network, the second largest in Zimbabwe.

In January 2016, Econet, the country’s biggest network, priced 2GB at $3 on promotion.

“Daily data promos on Econet allow people to use 250MB for $1 for 24hrs. They also run a “7x” promotion, if you reach your daily usage limit, they give you seven times that amount of data .This allowed people to be online all the time and use social media,” Ndlovu said.

“Recent demonstrations have been successful because of social media. My theory is that they are tying to stop people from using social media by hiking the cost,” he adds.

“We will not be stopped”

It’s not clear how long the promo suspensions will last, but despite this, citizens say this will not stop them from carrying on the Zimbabwean revolution on social media.

Protests, petitions and demonstrations have been organised almost entirely on Twitter, Facebook, WhatsApp and BBM as more citizens have been rallying behind #ThisFlag, started a few months ago by Pastor Evan Mawarire, who has fled with his family to South Africa shortly after being released from police custody last month.

Although the ZANU-PF-led government has a majority control over traditional media in Zimbabwe, it’s been impossible for it to stop masses from organised activism on social media.

Early last month, Potraz allegedly ordered mobile networks to cut off access to WhatsApp during the first large #ShutDownZim2016 protests, to try and cut off communication between protesters.

This story originally appeared on htxt.africa and is reproduced using a Creative Commons 4.0 BY NC SA licence.