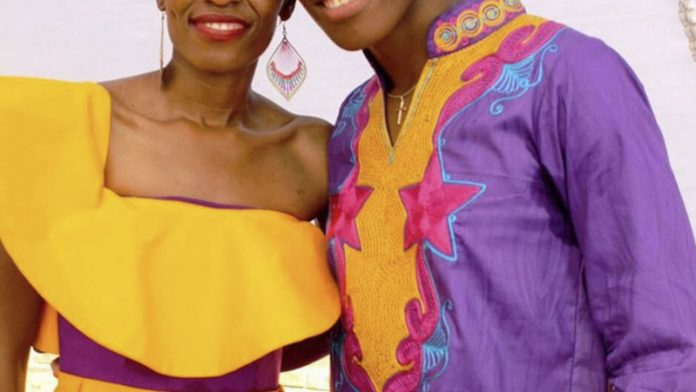 “Is Caster married?” the Uber driver asked, twisting his head to look at my girlfriend and me in the back seat of his taxi. The subject had arisen because we were marvelling at a YouTube clip of Caster Semenya’s 800m Olympic performance. I could watch that footage of her smashing those entitled First World losers all day long.

He wasn’t expressing any personal objection to her life choices, you understand. He wasn’t saying that it was impossible or immoral for a woman to marry a woman. He was merely voicing a pragmatic concern, motivated by a patriotic sense of defensiveness over Semenya.

He wasn’t wrong. Given the unending scrutiny that Semenya faces about her gender identity, it would probably be helpful if the athlete had married a nice manly man.

Imagine: You magazine could have run a whole spread on the heterosexual nuptials, with Semenya as the blushing bride in a white meringue dress. We could all have cut it out and stuck it in the album next to the 2009 photo shoot You published under the headline: “Exclusive: We turn SA’s power girl into a glamour girl – and she loves it!”

Whether she did indeed love it is a question for Semenya, but when it came to her actual wedding in December last year, she eschewed the designer frocks the magazine claimed she was secretly nuts about. Photographs showed the Olympian looking as happy as could be in jeans and takkies, holding hands with her wife, Violet Raseboya. The previous year, when Raseboya had been breathlessly pursued by tabloids asking if she and Semenya were an item, she had delivered the perfect put-down. “We are not dating,” she said. “Re a ratana [We love each other].”

Semenya has never shown any particular desire to take on a role as a specifically gay role model. One reason might be the views expressed by the Uber driver: that discussions of Semenya’s gender identity are already such a toxic maelstrom of bigotry and ignorance that adding another serving of homophobia to the mix would exacerbate matters. That’s not to say that she lives a closeted lifestyle. On the contrary, she seems perfectly relaxed.

“Of course I’m happy,” she told a post-800m press conference when asked whether she was in a better space than at the last Olympics. “That’s what happens when you get married.” Duh.

Then again, that wasn’t even the stupidest question she fielded: another international journalist suggested her journey to Olympic gold was eerily similar to the trajectory of Nelson Mandela. I guess it’s hard to make sensible analogies when you only know the name of one other black South African.

So Caster Semenya is in a happy gay marriage. Who cares? In an ideal world, nobody. Semenya’s ability to marry the woman she loves and speak openly about her resulting happiness is not the norm. It seems that Semenya has benefited from a loving and accepting family, but there’s little doubt that athletic success and a measure of financial security have also enabled her to make the choices she wishes.

Sunette Viljoen brought silver back from the Games. She is one of the world’s top athletes and is openly gay but has been subjected to abuse by her family. (Michael Steele/Getty)

Even these two latter aspects provide no assurance of being able to lead a life free from homophobic hatred in South Africa. Consider the case of South Africa’s only other female medallist in the Rio Olympics, javelin thrower Sunette Viljoen. Also openly gay, Viljoen has described how she has endured emotional and physical abuse at the hands of her family since coming out in 2013.

There’s an irony here worth considering: if you were asked to predict who – out of a black woman from rural Limpopo and a white woman from Rustenburg – would be able to live as gay with greater community acceptance, who would you bet on? Perhaps we simultaneously overestimate and underestimate social tolerance in this country.

That even Viljoen, one of the most elite athletes in the world, cannot live a life free from fear as a result of her sexual orientation should make it painfully clear just how hard being gay is for many South Africans. That’s why I feel compelled to stress the fact of both Semenya’s and Viljoen’s sexual orientation.

While we are still basking in a post-Rio glow, let’s acknowledge and celebrate that the only South African women to take home medals from the 2016 Olympics, women being hailed across the land as our heroes, are gay. Of course, they are much else besides being gay. Being gay may, in fact, be the least interesting aspect of them – and that’s as it should be. But in a country where homosexuals are routinely subjected to violence in various forms, let’s remember that it was two gay women swelling the nation’s hearts with pride in August 2016.