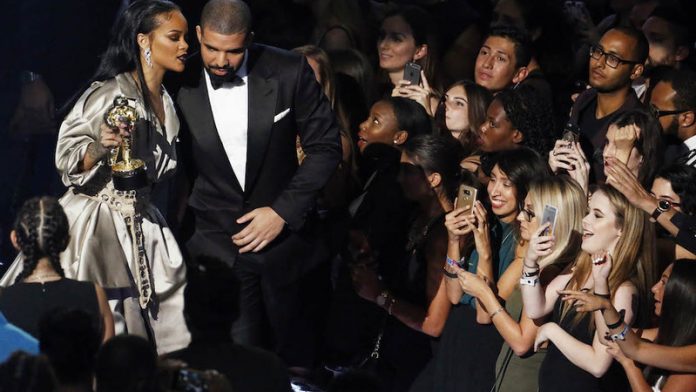 Speaking is political. It is to break silence. It is to protest. It is to say “no”.

For black bodies, little black girls who know themselves and can spot the mechanics of a violent lie from miles away, speaking is urgent. It is revolutionary. The girls from Pretoria High School for Girls are leading us. Black girl magic is not a myth. Here, here!

Speaking when you are young was not encouraged when a lot of us were growing up. This is why I am looking up to these girls. This is why Kanye West at the MTV Video Music Awards (VMAs) is always so important. His part-crass, part-pomp and part-impressive speeches are galvanising and necessary.

This time around, his stream of consciousness had to do with the importance of having role models and being our own role models. Seeing oneself as the greatest of all time is a maxim by which Yeezy lives and breathes. He’s a loudmouth who makes it okay for the rest of us to be loudmouths.

After sending a mandatory shout out to famous-ex Amber Rose and a stock mention of his love- hate fling with Taylor Swift, he served up some Sunday inspiration in another legendary quote, which belongs to his friend. It goes: “There’s three keys to keeping people impoverished: that’s taking away their esteem, taking away their resources and taking away their role models.” He then proceeded to endorse himself. As, naturally, we all should do.

Beyoncé did all the talking she needed to do just by being Bey. With eleven nominations and five awards in the bag, next to her hot-sauce, the original record-breaker of our zeitgeist delivered her usual electricity with an outstanding performance of Lemonade that had the BeyHive stomping, chanting and overreacting.

Blue Ivy, however, wasn’t as impressed at strangers viciously photographing away at her and that little black girl spoke up. In her mind, she couldn’t possibly reconcile being the child of superstars and just being a normal little person. Although, it must be said, the mother-daughter duo came to dazzle in their sparkly matching ensemble.

But it felt like it was Rihanna’s time to shine. Precisely besides the larger-than-life Bey. The two icons seldom appear at the same event, but they shared the glory quite equally and who woulda thunk it?

Rihanna, queen of the turn-up, dialed the wild down but still upped the ante in a medley of some of her greatest belt-it-out-in-the-shower hits, including Diamonds and Stay. But it was the thing that happened after that, that won the VMAs for soppy, syrupy, sentimental ol’ me.

Started-from-the-bottom-rapper, Drake himself, handed Riri a declaration of love alongside a Moon Man trophy that is the coveted Michael Jackson Video Vanguard Award. Drake said that Riri was captivating, iconic and impressive because she’d remained the same girl from Barbados. He’d been in love with her since he was 22 — all through the Chris Brown drama back in the day. The day she gave him a lap-dance in the video for Work must have been the perfect aligning of celestial bodies in the universe. I think I’m officially shipping this pair.

Drake and other black people speaking up must reign either way. And Black Twitter should know a thing or two about this after #1000AfricanWaystoDie. This hashtag mirrored the hilarious #HowToughAmIBlackEdition. Basically, it’s good to speak up and stand up for yourself. But not in your momma’s house after you’ve wronged her — because she could never wrong you. She gave birth to you. There shall be no speaking up or backchat of any kind here, unless you’re looking for another African way to die. Choose wisely.