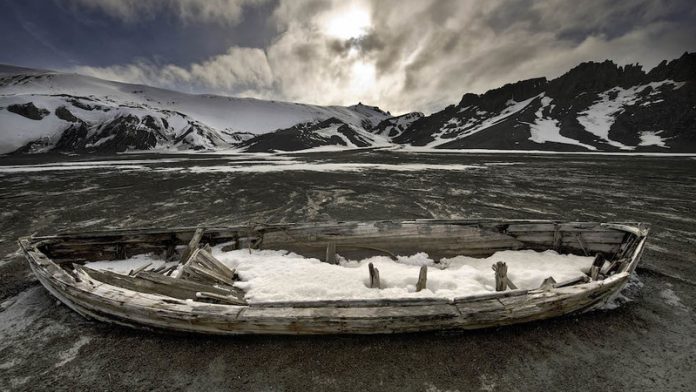 The oceans around Antarctica, the Southern Oceans, have been getting less salty. That’s a problem because it messes about with the balance of all the ecosystems down there, but also because scientists are still trying to work out why. Without the why, fixing the problem might be a tad difficult.

But a Swiss team – publishing in the peer–reviewed journal Naturein late August – think they have figured out part of the problem.

Using data from satellites, and their own modelling, the team have worked out that Antarctic sea ice has been moving further away from the continental coastline than it used to.

The ice used to form around the continent as water near the pole froze (it’s very cold at the bottom of the planet). That process would freeze fresh water, and drop salt onto the ocean floor below.

The salt mixed with water, making the water more dense. That then pushed a whole lot more water out of the way, along the ocean floor, creating an ocean current that ran towards the equator. Heading north, this would warm up along the way and gradually rise to the surface. Once it got to the equator, that process was reversed and the water would head back to the Antarctic.

This was a critical way for nutrients to move along the oceans, feeding fish, and also for large amounts of heat to move around. This allowed all the blue stuff to better regulate itself. Over millennia that has created a sort of equilibrium, which means all the ecosystems that fish and humans and other random animals rely on, can function.

But that is changing. The Swiss team took satellite data from 1982 to 2008 and compared them with their own ice modelling – as well as physical observations of how ice was behaving in the Antarctic – to see how that process had changed.

They found that strong winds are keeping ice formation from happening next to the continental coastline. Instead, melting ice on the continent is streaming into the ocean. That creates a cold layer of water in the Southern Ocean, which makes a blanket. This traps water below it and slows down the ocean current which used to head north to the Equator.

Nutrients, warm water and carbon dioxide are now getting trapped in place, instead of heading north to feed fish and regulate ocean temperatures around the Equator.

Previous research has found that these warm bubbles are now trapped so they start melting the bottom of of the Antarctic continent. That melts even more glaciers and leads to more fresh and cold water flowing into the ocean, exacerbating the problem.

Besides the effect on ocean currents, this also means more water in the oceans and more sea level rise.

That led the Swiss team to conclude: “This process has critical consequences for the global climate by affecting the exchange of heat, carbon and nutrients between the deep ocean and surface waters.”

Across the whole world, it is an example of another critical ecosystem starting to crumble after millennia of relative equilibrium. Those ecosystems are what we rely on for life to keep ticking along.