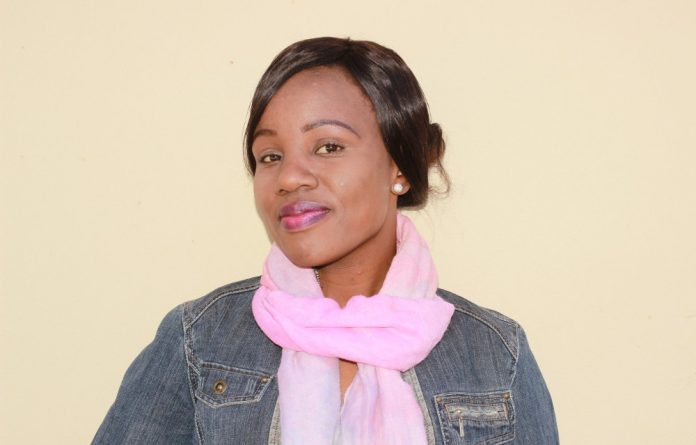 Prudence Onkemetse Kwelagobe is a police officer stationed in Lobatse who has had a tremendous impact not only in Lobatse, but also in surrounding villages. She describes herself as an agent of change and a trained gender and youth focal person, with a desire to create a future Botswana with youth who are well focused and well behaved. She says this meant having to start right where she lives.

She has run motivational and educational talks with students in primary and junior schools in Lobatse to address issues of behavioural change, freedom from drug and substance abuse as well as from gender based violence. These education campaigns were extended to schools in Digawana and Molapowabojang, as well as government departments and NGOs.

Her message relates to behavioural change among students and out-of-school youth, as well as gender mainstreaming, gender-based violence and women’s empowerment.

She attended the 2015/2016 SADC Gender Summit Awards and was honoured at the event with a runner-up award. She also made a presentation at the meeting on her efforts at the Lobatse police force on reducing gender based violence.

She has made a great impact in mobilising the Lobatse community to contribute to Signatures of Solidarity against Child Abuse, which was pioneered by Stepping Stones International. She is currently working with Mapodisi Community Mobilisers, an NGO based at Molapowabojang, to instil the concept of refraining from behaviour leading to social ills among the youth. Kwelagobe says she believes that Batswana can try and follow the equivalent of the American Dream. She explains that “Botswana gives an opportunity to the youth to dream, excel and achieve their passion”.

She goes on to explain, “This is achieved through offering scholarships and sponsorships to those willing to further their education, and funding those whose passion is in the business world through initiatives such as the Youth Development Fund and the youth grant.

“Those whose passion lies in sports and arts are also given the opportunity to nurture it and excel through initiatives such as the constituency tournaments. This country also accepts, supports and embraces the participation of the young on international platforms such as YALI [the Young African Leaders Initiative].”