ANC pats itself on the back for #StateCaptureReport 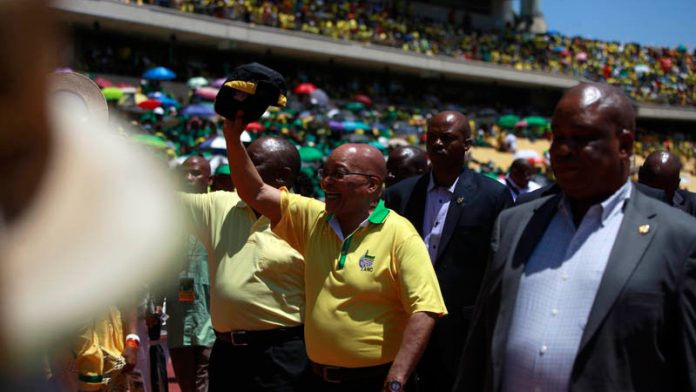 The ANC has responded to the public protector’s state capture report in a statement. The ruling party said that the report is welcome, but the party neglected to admit to any wrongdoing.

The ANC finally addressed the state capture report after public anticipation about how the party would respond to the findings against President Jacob Zuma and various ministers. In its response, the ANC shrugged off any accountability, saying it was the party that had first motivated people to come forward with information about the allegations of state capture.

“Indeed it is the ANC that made the call that anyone with information regarding these allegations should make it available to the public protector or other appropriate organs of state competent to deal with the matter,” the ANC said.

This despite the fact that Co-operative Governance and Traditional Affairs Minister Des van Rooyen, Mineral Resources Minister Mosebenzi Zwane and the president had initially applied to interdict the report from being made public.

Yesterday, civil society and opposition parties demonstrated against state capture, asking for Zuma to step down. The ANC thanked civil society, but advised that government is not the only sector to be held to account in South Africa.

“The fight against corruption is not a fight against government; it requires all stakeholders – particularly business – to commit to ending the vicious cycle by also acting decisively against it in their own ranks,” the ANC said.

The state capture report focused on business in South Africa, but on state-owned enterprises in particular. Eskom was implicated in the report for chief executive Brian Molefe’s apparent relationship with the Gupta family, and the finding that the board has violated the Public Finance Management Act. Four other state-owned entities were mentioned in the report.

The ANC said that it was addressing corruption with its introduction of lifestyle audits – which will compare the lifestyles of ANC leaders against their income – and it has put out a call to all leaders in the ANC to fight against corruption.

The statement did not address any of the demands made for Zuma’s resignation.