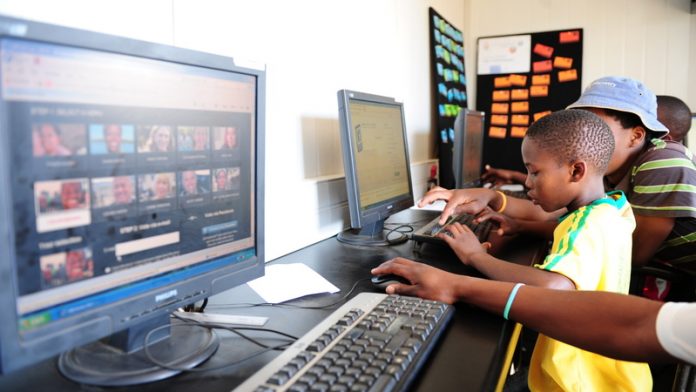 South Africa’s grade nines were ranked second-last out of 39 countries in maths last year — and were also placed at the bottom of the global pile in science.

Only a fraction of grade five and grade nine learners at no-fee schools performed exceptionally well in maths.

These are some of the distressing revelations to emerge from the 2015 Trends in International Mathematics and Science Study (TIMSS), which was released on Tuesday.

The country’s average grade nine maths score was 372 and the science score was 358. The study classifies 400 points as the minimum level of competence.

By contrast, the maths score for Singapore, the top-ranked country, was 621. The other countries that featured in the top five were South Korea, Chinese Taipei, Hong Kong and Japan.

Interestingly, poor discipline, violence and bullying at schools were shown to have had an adverse effect on schoolchildrens’ maths and science performance.

It is the fifth time since 1995 that South Africa, through the Human Sciences Research Council (HSRC), has participated in the international study, which was developed by the International Association for the Evaluation of Educational Achievement.

The study aims to help countries make informed decisions about how to improve teaching and learning in maths and science.

Although the TIMSS study tests maths and science acumen at grade eight level internationally, earlier South African data showed that a high number of learners did not even attempt to answer many of the questions, which made estimating scores very difficult. This led South Africa to assess grade eight and nine learners in the 2003 version of the study, and grade nine learners in 2011 and 2015.

A total of 36 countries participated at the grade eight level last year, with South Africa being one of three countries to be assessed at grade nine level. About 292 South African schools involving 12 514 learners from grade nine agreed to take part in last year’s study.

The achievement scores of the grade nine pupils enabled the HSRC to measure any changes in performance between 2003 to 2015.

The HSRC’s lead investigator in the study, Vijay Reddy, said the country’s grade nine maths and science performance “appears to have shifted from a very low level to a low level”.

South Africa showed “the biggest positive change” of all participating countries between 2003 and 2015, with an improvement of 90 points in science and 87 points in maths at the grade nine level.

Reddy said that, even though the country was one of the lowest performing in maths and science, it was pleasing to note that 1% of the learners assessed had chalked up more than 625 points, implying that they scored at the advanced level.

“None of the other lowest-performing countries have learners scoring at the advanced level,” she said.

Reddy, the executive director for education and skills development at the HSRC, said the fact that there were a few top performers in maths from quintile one, two and three (or poorer) schools was “truly remarkable”.

“These learners did well because of natural talent rather than inputs from the system. But it is clear that the public no-fee schools still need the most interventions to improve their performance.”

Nic Spaull, an education researcher at Stellenbosch University, said despite South Africa still being the worst performing country in TIMSS, the results were encouraging and showed a broad trend of improvement across the system.

“The increase in scores from 2011 to 2015 is the equivalent of an extra half a year of learning in both maths and science and is probably the biggest improvement we could have expected. We should be cautious when looking at improvements relative to 2003 because our performance level then was so low that there were what we call ‘floor effects’, where the test becomes less reliable because too many students score zero.”

He said the levels of inequality “are still incredibly high” and “the difference between fee-paying public schools and no-fee public schools is more than two years worth of learning. We still have two-thirds of South African grade nine students who could not reach the lowest international benchmark, that is, they could not do basic computations or match tables to bar graphs or read a simple line graph.”

Reddy said the HSRC was hoping for grade nine maths and science scores that were closer to 400 in the 2019 edition of TIMSS.

“The minister [of basic education, Angie Motshekga] needs to be congratulated because, even when it was bad, she stuck to the route of ‘let’s keep measuring and finding out’ instead of burying her head in the sand,” said Reddy.

Aarnout Brombacher, a materials developer and researcher in the field of maths education, said the TIMSS study highlights the importance of application and reasoning as opposed to memorised knowledge.

“So much of our teaching in South Africa is focused on lessons without understanding that we teach maths as a sort of a memorisable knowledge subject, and TIMSS doesn’t like that.”

He said that classes tend to be large in the lower quintile schools and “the pedagogical approaches are maybe less supportive of the learning needs of the students”.

“You’ve got a lot of other distractors there: children coming to school, not coming to school. Unfortunately, although maths should technically be socioeconomically blind, some of these factors are so significant that it’s hard for the maths to get beyond them.”

Salim Vally, the director of the Centre for Education Rights and Transformation at the University of Johannesburg, said the low number of top achievers coming from fee-free schools “clearly shows the class and racial inequalities” that have not changed since the dawn of democracy.

“The results — not only in terms of assessments locally but also internationally — as well as benchmarked tests confirm that we continue to have serious inequalities in our country and we don’t seem to be making progress in addressing that.”

Said Vally: “The fact that one comes from a challenging background does not mean that in the natural sciences, and specifically in maths, a natural attribute of that is low scores.

“There’s enough information that tells us that adequate support, a supportive social context, better teacher training and resources, and a state that cares can make a difference to students who come from poor backgrounds. This is what we have seen in the case of Cuba.”

Jamie Martin, a former special adviser to the department of education in the United Kingdom, said “orthodox policy prescriptions” will not do enough in South Africa.

“We need less ‘business as usual’ and more ‘move fast and break things’ — local innovations that take the principles of successful maths and science education elsewhere, but use the power of technology and the talent of teachers to forge solutions that work in the South African context.”

He said that nearly every South African teacher or education expert he spoke to said on-the-job and university teacher training was not good enough and that not enough talented people were entering the profession.

“Yet some of the best pedagogical thinking from all around the world is free on the web. So why not get a South African teacher with a proven track record to create an online initial teacher training course that best synthesises this material, with in-person exams at the end, then offer a paid in-classroom training period for any maths and science graduate or professional who passes it?” said Martin.