The year of competing dangerously 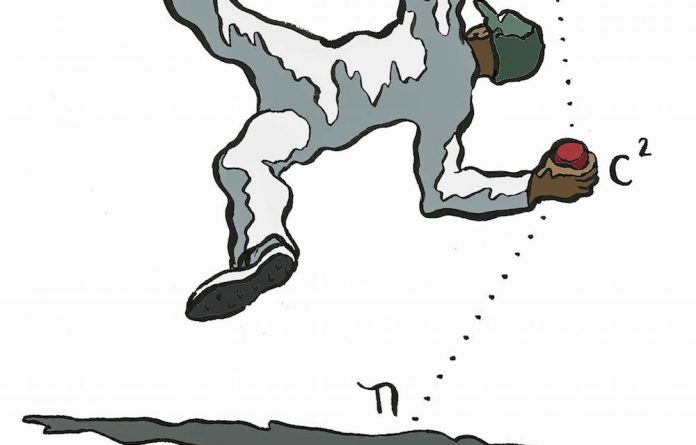 Patriotism does to the brain what sugar does to the belly: it makes it happy and it makes it soft. To invest a slice of your personal pride in your national identity is to embrace a fallacy akin to racism — the supposition that a bunch of wildly diverse human beings share a set of admirable qualities that other bunches implicitly lack.

It’s inane, backward, parochial bollocks. But even if we see this in moments of clarity, we will never quite kick the cheap, sweet thrill of patriotic onanism. Sport is that drug’s most potent delivery mechanism — and for a South African sports fan, this year was laced with beautiful benders.

Wayde van Niekerk’s monstrous run in Rio. Caster Semenya’s regal reclamation of her throne in the same city. The Proteas’ strangely empathetic castration of Australia. Sundowns’ rapid colonisation of Africa. The Boks didn’t get the memo, but you can’t win ’em all.

The temptation when this sort of unusually blessed year comes around is to seek out a broad pattern, an explanatory backstory that points the way forward. But each triumph had its own backstory.

The performances of two of the four victors — Van Niekerk and Semenya — tell us little about the state of their code in this country. As medal favourites with monumental ability and drive, both got the limited backing they needed, but the local Olympic athletics team as a whole has long been running into an invisible headwind of administrative and strategic mediocrity from Athletics South Africa (ASA) and the South African Sports Confederation and Olympic Committee (Sascoc).

And the danger from here on is that Semenya’s and Van Niekerk’s heroics will serve to validate the status quo and add to the complacency of the suits in question, who soaked up their reflected glory with all the ecstatic hunger of leathery German tourists spread-eagled on Camps Bay beach.

And Sports Minister Fikile Mbalula, who is capable of lauding himself for taking a leak, can be relied on to use the Rio team’s record-equalling medal tally as a four-year licence to ignore the yawning gaps in the country’s Olympian project.

Distance running and boxing are both deeply embedded in the fabric of black working-class life in much of this country. Both codes should be worth five Olympic medals between them in every campaign. But we haven’t picked up a boxing medal since 1960. Our last distance running medal was Josia Thugwane’s in 1996. This is a scandalous neglect of two immense sporting legacies.

Mbaks’s old twarring partner, javelin medallist Sunette Viljoen, has been amusingly snarky about the value of the work done by the sports department, ASA and Sascoc to the success of the Rio mission.

Her whining about the tardy payment of her bonus of R70 000 from the sports department was peevish but it brings us to a real issue: the minister’s vainglorious addiction to throwing money at already rich elite athletes at the expense of the struggling rank and file.

A fleet-footed kid doesn’t need to see Van Niekerk or Semenya holding one end of a two-metre government cheque to understand that she should idolise them. But she could use R500 for a pair of running shoes.

Just as irksome is Mbalula’s belief that Sundowns also needed official largesse to understand that people enjoyed their work this year: some R700 000 from the public purse is bound for their bulging wallets. It’s not generosity when it’s not your own money: Mbalula is raiding our accounts to boost his own brand.

The irony, of course, is that Downs illustrated the power of private money in unleashing our sporting prowess. Much has been said about Patrice Motsepe’s squad-building profligacy — he single-handedly inflated Premier Soccer League (PSL) salaries to the point where the best South African footballers can now afford to come home from Europe or never leave in the first place.

That legacy has been bemoaned (by rival owners) and celebrated (by players) in equal measure.

But the Brazilians’ Champions League success is a thunderous validation of Motsepe’s vanity project.

Motsepe’s money has also developed a gold mine of elite coaching know-how inside the head of Pitso Mosimane, a man who is notably difficult to employ for any length of time but who is now indisputably the finest coach we have. Downs’ early exit from the Club World Cup in Japan was a very familiar disappointment. They dominated Kashima Antlers for much of their quarterfinal, only to commit that old two-stage blunder: botching delicious early chances, and then conceding when their opponents inevitably clawed back some rhythm. We’ve seen the movie before, and it’s a bore.

But at least Downs’ heroics this year have exploded the notion that South African football is incurably isolated and stagnant — a notion entrenched by years of mediocre Bafana performances and chronic apathy among top PSL sides when it comes to the arduous trail to African glory.

We know our footballers are not world-beaters — the list of South Africa’s overseas-based players and their employers doesn’t lie — but now we also know that there is sufficient quality in the PSL for the national side to become a continental force again.

Is this the dawn of a renaissance? Not necessarily, but at least that dream has a fresh flicker of credibility. There’s a petrichor scent rising from the pitch of our game, but two or three truly special players must emerge before we can get properly excited.

And by truly special, I mean players like Kagiso Rabada. The Proteas paceman is surrounded by world-beating teammates, but his spine-tingling rise to fame — together with those of Temba Bavuma and Andile Phehlukwayo — has rebooted the soul of South African cricket. The whingers about selection quotas may finally decide to shut up now that the power of transformation has been so spectacularly illustrated by the team’s exploits Down Under.

Suddenly, there is an unanswerable template for the transformation of white-dominated sporting codes — all three players are as meritorious as merit selections get, but their stories also demonstrate that the process of elevating black excellence requires clearing a path through the thicket of prejudice.

Bavuma went and bent the laws of physics — and ripped up the laws of orthodox fielding. An underhand throw is prescribed by the coaching manual for the situation he faced, but he contrived to complete a flashing roundarm throw in midair, thus packing more velocity into the throw and stranding Warner out of his ground. Such inventiveness, allied to rare athleticism, should become the staple product of South African cricket.

Unsurprisingly, Bavuma and his two bigotry-busting comrades all went to strong cricket schools (Bavuma and Phehlukwayo did so only in high school, thanks to cricket scholarships). It’s instructive that Phehlukwayo’s mother is a domestic worker and Rabada’s father is a surgeon. That contrast is important: it’s a reminder that South Africa’s pipeline of black talent (and of all talent, for that matter) must draw on the full width of the class spectrum.

In any mighty sporting nation — Brazil or Germany in football, the United States and Jamaica in sprinting, New Zealand in rugby — the talent base extends organically across the socioeconomic landscape.

Simon Kuper and Stefan Szymanski argued convincingly in their book Soccernomics that the traditional lack of serious football coaching in British private schools has served to deprive the England team of a chunk of educated, bolshily confident talent that flows instead to rugby and cricket.

That is changing: the academy kids at Premiership clubs are privately educated these days, often at schools that do offer serious football to all pupils. But the roots of the game still don’t reach into England’s massive economic elite.

We have the opposite problem. A handful of top schools (either private or well-resourced model C) still pump out a disproportionate cohort of our rugby, cricket and even athletics heroes. (Van Niekerk’s speed was refined at the rugby-star machine that is Grey College.)

So if we learn anything from this heady sporting year, it’s that all the excellence that we witnessed amounts to a gushing leak from a dam wall of unequal opportunity. It’s high time we blew up the damn dam.

World Athletics, in its pursuit of Semenya, has destroyed anything resembling fairness. The waters have been polluted, leaving future generations to wade through a set of rules that make sense to very few people.
Read more
Sport

Injury saw the Olympic champion dubbed an underdog going into the race he won in record-breaking fashion in Rio. But it’s a position he knows well, and now he has an extra year to heal and train
Read more
Sport

Wanted: A single hymn sheet from which Athletics South Africa and its athletes can sing to improve their medal haul at the upcoming Olympics in Tokyo
Read more
Advertising
Continue to the category
Politics