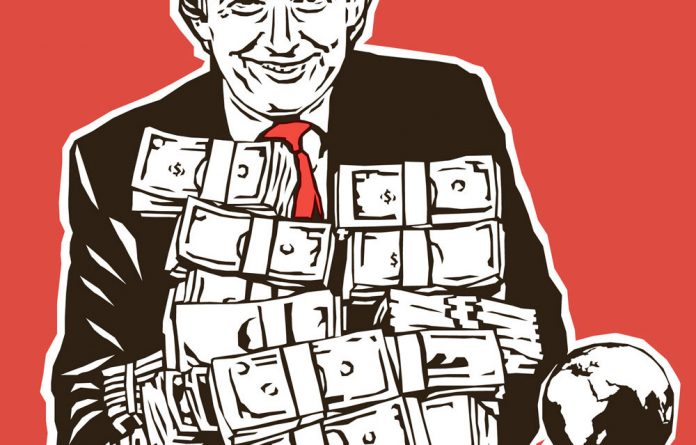 Oxfam International has released yet another illuminating report. Focusing on inequality, it confirms what most people know: a few men own wealth equal to the bottom half of the world’s income distribution. The report proposes a human economy that will prioritise 99% of people, given that the current economy benefits the 1%.

Although a welcome intervention in making a case for a better world, the report falls short in many respects – more importantly on the vaunted solutions. It is probably this that also excited the January 2017 World Economic Forum (WEF) in Davos. Elite clubs such as WEF mainly welcome views that do not threaten their existence – perspectives that aim to change the status quo are not.

The interventions proposed as part of the new human economy have been proposed before and work has been undertaken to properly measure socioeconomic wellbeing, to deal with tax avoidance and evasion, to curb illicit financial flows, and so on.

The human economy is fuzzier as a concept than many proposals that have been made before, ranging from the social economy and the economy of affection to various socioeconomic development approaches. It is strange that a report on inequality is oblivious to an extensive archive on the subject.

Inequalities, economic or otherwise, and their implications are well understood. At issue is what should be done to dramatically reduce them – the human economy would only scratch the surface.

As a point of departure, it is important to acknowledge that the fundamental cause of inequalities is the global capitalist system and how it has evolved in the past 50 years or so, leading to the delinking of the real economy from financial markets.

It is immanent in the social processes associated with the global capitalist system that the many terrible things that the Oxfam report refers to are happening.

It is not surprising that governments function as the report describes, that taxes are structured the way they are and there is evasion, avoidance and illicit financial flows, as well as that workers are treated with contempt.

Given the history of colonialism, imperialism, neocolonialism and neoimperialism as well as ongoing coloniality, it is not surprising that at issue for most countries is racial, ethnic or class inequality (not just some amorphous broad inequality), hence the relevance of a functional income distribution perspective.

It is strange that the report has nothing to say about structures of economies and how to move up the productivity ladder as a mechanism to deal with personal income distribution. It is obvious that there would be wage disparities in societies where structures of economies favour some and disadvantage others. The political economy and history of societies are critical for a better understanding of inequality as well as thinking through solutions.

It is important, also, to take into account the distribution of output among the key sectors, the links between the dominant sectors and the labour or capital intensity of production, among other factors. To transform an economy, as an intervention to deal with inequality, the focus should be on how to accelerate productivity. It is not just about improving manufacturing.

In this context, it is clear that inequality is complex and requires concrete solutions. Although changing the behaviours of governments and the corporate sector would help to some extent, the lasting solution is getting rid of the obtaining economic system globally. Linked to this is transforming human relations at a global level.

Most importantly, a new approach to social and economic development is needed. Everything else is scratching the surface – and the Oxfam report does just that.

It is urgent that, at minimum, a better interface between the peoples, the markets and the states takes place. The fundamental issue is not just to hold the market or the state or capital accountable, as the report suggests. The overdue fundamental intervention is to tear the market and capital apart – and perhaps the state, too, as it remains an instrument of marginalisation of some sectors of societies.

The overhaul of the entire system, which is the answer to global inequalities, is a mammoth task – and because the system benefits many powerful individuals and groups it is a tall order. In the meantime a new global compact should help ease the burden of the many on the receiving end – the post-2015 development agenda is not helpful in this regard. Governments, the peoples and the markets in respective countries should try to form social compacts because inequality remains a ticking time bomb for many societies.

Vusi Gumede is a professor at Unisa and head of the Thabo Mbeki African Leadership Institute. His latest book, The Great Recession and Its Implications for Human Values: Lessons for Africa, is published by the Mapungubwe Institute