South Africa’s sugar industry faces tough times — even without the imposition of a tax on sugary drinks. The tax has been delayed until 2018, under pressure from businesses and unions to find a way to mitigate against possible job losses, particularly in the sugar cane-growing regions.

A recent industry-commissioned report showed that, even under existing circumstances, the sector faces potential job losses and mill closures.

The sector has seen decreased profitability in cane production, steady declines in the number of hectares being used to grow sugar cane and falling yields, according to a study by the Bureau for Food and Agricultural Policy at the University of Pretoria.

Small-scale cane growers in particular have seen rapid declines, with 58 000 hectares going out of production in the past 20 years. As a result, there is overcapacity at South Africa’s sugar mills.

The research was commissioned by the South African Sugar Association to assess the socioeconomic effects of the proposed sugar tax.

Based on its baseline projections, which exclude the introduction of a tax, the report said that at least one of South Africa’s 14 sugar mills could close and more than 17 500 farm-level jobs lost.

“Although this does not directly relate to the introduction of a sugar tax, it is critical to highlight that, under the baseline scenario, the industry is under pressure and already requires a structural intervention to optimise the supply chain and ensure sustainable operations into the future,” the research found.

Although losing one mill would mean “significant upfront economic impact”, the industry would become more sustainable, the report noted.

“If mill closure is to be avoided, there needs to be significant intervention to dramatically increase cane demand, and hence area under cane, to satisfy the ongoing utilisation of the 14 existing mills,” it said. 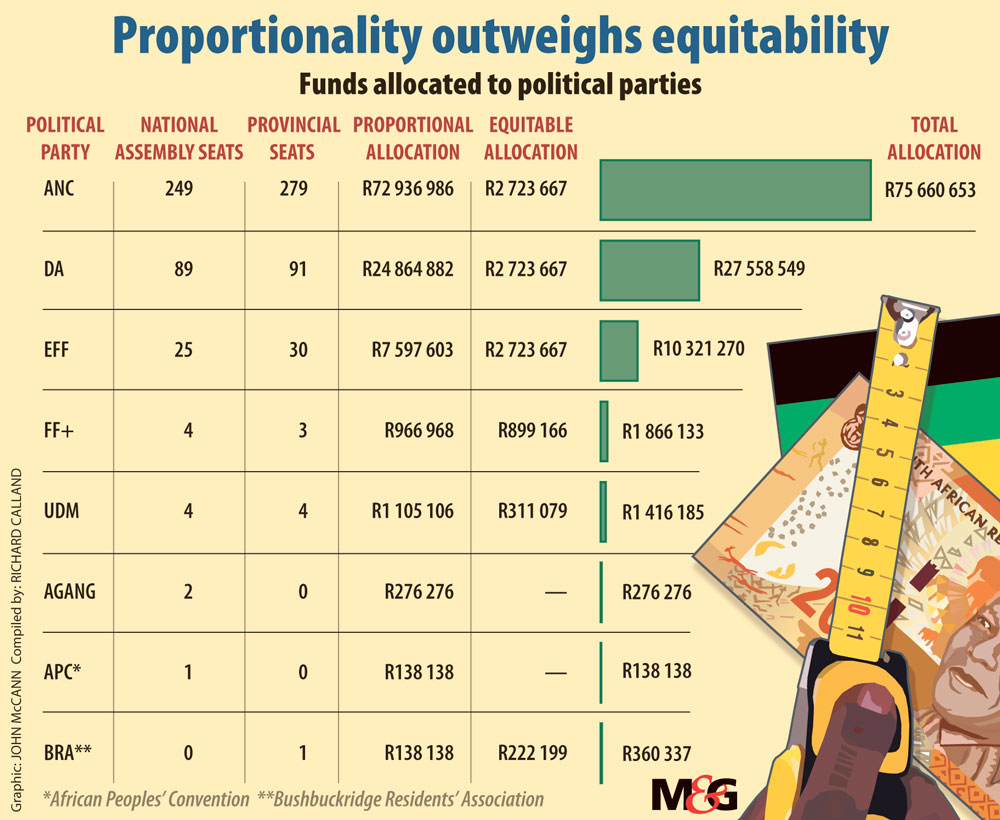 The sugary drinks tax, and an estimated decline in domestic demand of 200 kilotonnes of white sugar, meant that just over 3 000 additional direct jobs could be on the line.

Ultimately, the report said, the combined effect of its baseline scenario and the tax meant an estimated 20 000 direct jobs on farms and at mills could potentially be lost.

The report showed how stressed the sector was already, said Professor Ferdinand Meyer, the bureau’s director, with the proposed tax simply adding to this pressure.

The prospects for the industry are complicated by the dynamics of the sugar price. The local industry is regulated by the Sugar Act and is protected by a tariff regime designed to support the local producers against global sugar prices, which are heavily distorted by government interventions in various countries.

Import tariffs kick in if the global sugar prices fall below what is known as the dollar-based reference price — currently set at $566/tonne.

But the industry believes the current regime provides insufficient protection from world market imports, which is a “significant concern”, said Trix Trikam, the executive director at the South African Sugar Association.

These issues are among the reasons the tax was taken to the National Economic Development and Labour Council (Nedlac) to develop a jobs plan that would dampen any potential effect on employment. The Nedlac discussions are complete and an independent task team has been established to monitor the effect of the tax and the implementation of the jobs plan.

The sugar association was “very hopeful” that the task team would put measures in place to counter harm to the industry, said Trikam, adding that appropriate tariff protection would be key to these efforts.

But advocates of the levy are disappointed by the delay, saying the sugar sector faces existing challenges that have nothing to do with the introduction of the tax.

“The downturn in sugar production in this country and the dramatic decline in small-scale cane growers were far advanced long before the sugary drinks tax was even imagined,” said Tracey Malawana of the Healthy Living Alliance, a group of organisations, including the South African Paediatric Association and Section27, that support the tax.

But the body generally supported efforts to create jobs, because poverty was at the root of much of the country’s ill health, she said.

There is increasing concern over the correlation between excessive sugar consumption and associated health conditions such as obesity and diabetes.

In a presentation to Parliament earlier this month, the treasury said that in 2015 South Africa lost an estimated 6.8% of gross domestic product because of the early retirement, absenteeism and presenteeism (referring to the associated loss in productivity when employees go to work despite being ill) of workers suffering from chronic diseases. This is expected to rise to 7% of GDP by 2030.

It also pointed to a study from the University of KwaZulu-Natal, which found that roughly R7‑billion was spent on these diseases at public primary healthcare facilities in 2014-2015 — more than on HIV and Aids.

In the private sector, preliminary evidence suggested that, in 2014-2015, diagnosing and treating chronic illnesses accounted for 45% of healthcare spend, or R140‑billion.

Home sweet home is more than a trite expression

A spoonful of sugar makes taxes go up