In a move that stunned the world, Zimbabwe’s defense forces ousted President Robert Mugabe from power on November 21 2017, bringing his 37 years of strongman rule to an end. When his successor, Emmerson Mnangagwa, took office three days later, a new chapter opened for the country.

Major General SB Moyo, the country’s chief of staff logistics, said the transition was aimed at ending social and economic suffering and bringing criminals to justice. The unfolding transition of power with its promise of change has brought hope not only to Zimbabweans but also to other Africans.

One such hope is that Ethiopia’s former Marxist-leaning leader Colonel Mengistu Haile Mariam could finally be brought to justice. Mugabe gave Haile Mariam a residency permit after the latter fled Ethiopia in 1991. His motive for giving Haile Mariam refuge was thought to be to allow the Ethiopian ex-leader to train and arm Zimbabweans during their liberation struggle in the 1970s. 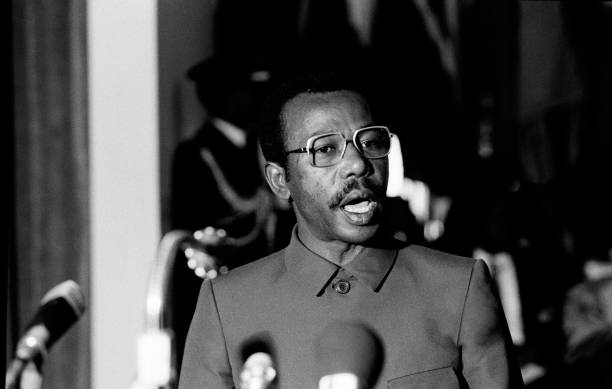 In a campaign aimed at repressing political dissent that would become called the “Red Terror,” Mengistu’s administration was alleged to have killed an estimated half a million people, including the last emperor of Ethiopia, Haile Selassie.

After the Ethiopian People’s Revolutionary Democratic Front (EPRDF) came to power, a court sentenced Mengistu to life in prison in absentia. Although the Ethiopian government requested his extradition in 2006, Mugabe reportedly refused to hand over the ex-leader, who was at the time his adviser on Ethiopia’s security affairs.

Social media users in Ethiopia have recently been asking about the fate of the 80-year-old Mengistu now that Mugabe is gone.

AP Video from Dec. 22/1982 shows “scenes from the visit of the Ethiopian Head of State Mengistu Haile Mariam to #Zimbabwe where he is greeted by Prime Minister Robert Mugabe & President Canaan Banana.” The question of what would happen to Mengistu is what #Ethiopians are asking pic.twitter.com/fI7bdRcrEf

Others were quick to demand the forced repatriation of Mengistu to Ethiopia, where they hope he can face justice. But such demands, even though genuine, seem sometimes to be mixed with sarcasm.

A tweet bearing the name Zirak Asfaw congratulates Mnangagwa on the peaceful power transition and pleads: “Please remember the mothers of #Ethiopia who are still waiting for justice: extradite #Mengistu Hailemariam.”

Another Twitter user under the name Deki sawa went further, urging Zimbabweans: “If #Zimbabweans are the kind of justice-loving people they claim to be, it is time to pressure their government to transfer the #genocidal #Ethiopian #dictator #MengistuHaileMariam …“

Among those who weighed in was Awol Kassim Allo, an assistant professor of law at the London School of Economics, who also asked what would happen to Haile Mariam.

Mugabe will be gone soon but what happens to our own dictator Mengistu Hailemariam? “The official said Mugabe would resign later this week and be replaced by Mnangagwa, with opposition leaders taking posts as vice-president and prime minister.” https://t.co/Ub2A5e8ExA

Speaking to DW, Allo said states could give asylum to any individuals they chose, but this did not mean their actions were not in breach of international obligations. He noted that hosting countries often displayed a lack of political will and turned a blind eye to international law, which made extradition difficult.

Allo was not also sure whether the two countries had signed an extradition treaty and expressed doubts that the current Zimbabwe administration would do such a thing.

“I think what people forget,” Allo said, is that “it is still the same party that is ruling Zimbabwe, still the same individuals who were very much part of Mugabe’s inner circle that are in control of the government.”

Yacob Hailemariam, a lawyer based in the Ethiopian capital, Addis Ababa, and former senior prosecutor for the International Criminal Tribunal for Rwanda, argues, for his part, that there has not been any serious demand made by the Ethiopian government for Mengistu’s extradition. Hailemariam also maintains that authorities in Harare “remain indebted to him [Mengistu] for the liberation of Zimbabwe”.

Although Mengistu Haile Mariam was tried in absentia in 2006 along with 73 high ranking Derg, alsoknown as “committee” officials, victims and other people concerned with the case have been alleging that the EPRDF has not put much pressure on Zimbabwe to help bring Mengistu to justice.

Allo contends that the EPRDF’s initial move of bringing those officials to the courtroom was merely for political reasons, such as trying to obtain international legitimacy as a country and to publicly show a determination to do away with wrongful impunity and ensure criminals were held to account.

“I think there is not the same appetite today as there was back in the 1990s,” Allo added.

Mengistu has been quoted as saying he had “never killed even a fly” let alone a human, and that the crimes he was accused of “are all lies perpetrated by my enemies.”

“He doesn’t have to have killed a fly,” says the lawyer Yacob Hailemaraim, but “he was an instrumental in ordering many of these killings. He was responsible. He knew these killings were going on.” 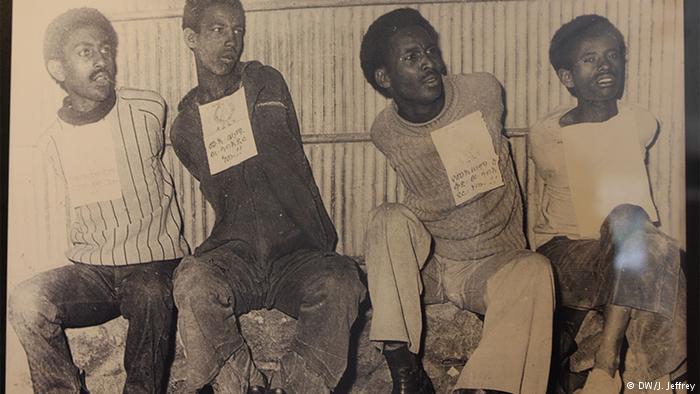 Yacob Hailemaraim, 73, who fled to Kenya from prosecution at the time, remembers the Derg’s era as “the most horrible thing that the country had to go through.” Hailemaraim said that he had lost many friends and accused Haile Mariam of “killing several people himself.”

“If [the Red Terror] is not an atrocity, what is an atrocity?” asks Allo.

Political and legal analysts draw a very thin line between the EPRDF and Derg regime on their respective human rights records: The EPRDF, which has now been in power for more than quarter a century, is also being accused of war crimes and crimes against humanity.

“As it has turned out, the Ethiopian government has itself become extremely authoritarian and repressive, almost in the same way as the previous government,” Allo notes.

Scores of children die of starvation in Tigray hospitals