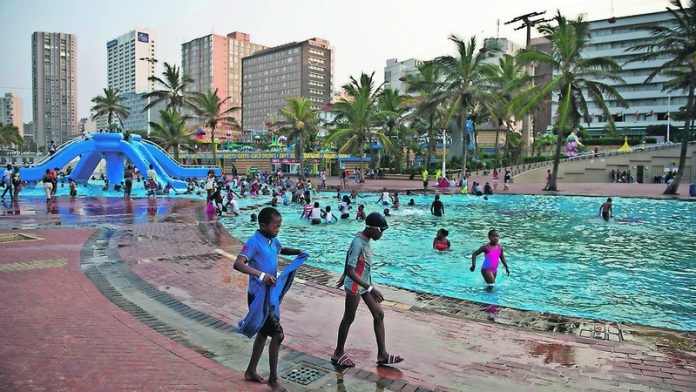 Durban was buzzing with energy this week as it hosted the biggest travel and tourism trade fair, the Africa Travel Indaba, under the theme “Africa’s Stories, Your Success”. #Indaba2018 trended on social media as 1800 buyers, 1220 exhibitors and 80 countries descended on the eThekwini metropolitan municipality to showcase their offering.

Chief executive of SA Tourism, Sisa Ntshona, says this is the reason why tourism needs to be seen as a business, a driver of economic growth as well as a contributor to job creation.

Ntshona said every hour there were about 2000 meetings that took place at the event.

“What you see today is our largest investment in terms of creating a market access platform that allows international travel agents and buyers to see, interact and engage with our products … from tour operators to hotel operators and BnBs, so that when they go back to their home countries they are able to package and sell South Africa,” said Ntshona.

Tourism South Africa said it wanted to showcase its “hidden gems” at this year’s indaba which is expected to contribute R53-million towards the KwaZulu-Natal economy.

Last year alone the Indaba contributed more than R85-million to eThekwini’s GDP and raised close to R6-million in taxes for government according to the Independent Online.

The “hidden gems” pavilion at the indaba was occupied by 135 small and medium enterprises who are new players in sub-sectors such as hospitality industry, travel agency and tour operating. Kgomotso Pooe founder of Soweto Adventures prides himself in having brought adventure to a township like Soweto by introducing activities such as quad biking, paintballing, go-karting and boot camp amongst others.

“People want to come to the township … to engage with people in the townships and want to live the South African culture”.

Sithembiso Mbonambi founder of street scene-a tour guide based on Kwa-Mashu, told the Mail & Guardian that he has been overwhelmed with the response, particularly the international interest, that his business received at this year’s indaba

“I was ready and I had about 21 meetings on Tuesday and I have created mini reports for three agencies around the world and people are buying my products,” Mbonambi said.

The Workshop ko Kasi, an eco-tourism hub run by Mpho Cornelius in Kuruman in the Northern Cape, offers spiritual retreats.

Cornelius said she started the business after finding that one way or the other people needed healing. Kuruman, she thought, was a culturally rich place to start her business.

“It is dry, it has an extreme temperature but it is a soulful place and it is one of the first places in the world that humankind began because we still have the traditional bushmen and we give you an experience with them as part of the retreat.”

She said that attendees received her product very well, especially the international market that is looking for a new experience as they have already visited Cape Town, Gauteng and specifically Soweto.

“One of the highlights for me has been the enthusiasm that the international market has in terms of discovering more of South Africa, that we are more than just the three Bs [the beach, the berg and the bush] that there are other areas of this country that need to be covered.”

Shona said the aim was for the indaba to be a pan-African event to showcase SMEs in particular as they the bedrock of the economy and the biggest employers.