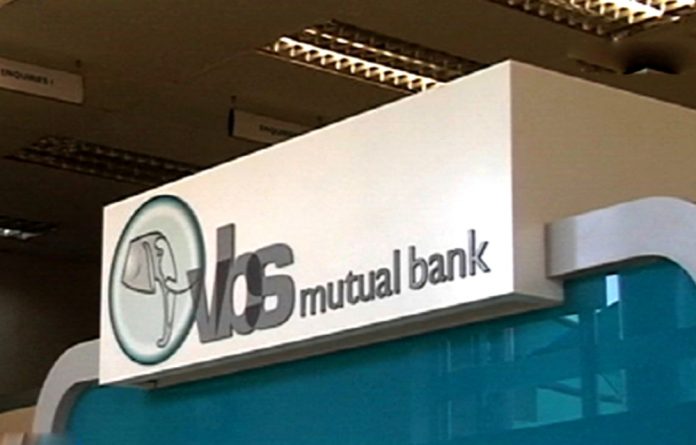 Two former KPMG directors who left because of the scandal involving the audit firm and VBS Mutual Bank have slapped the firm with multimillion-rand law suits for defamation and discrimination. But by doing so it has emerged that they were indebted to the embattled VBS — including for an almost R8‑million home loan.

VBS was placed under curatorship in March after the South African Reserve Bank discovered liquidity issues with the bank. At the time, KPMG was the external auditor that signed off on the bank’s financials. The fiasco saw government cancel its contract with KPMG the following month.

It was the second scandal involving the audit firm, after allegations emerged last year of KPMG’s involvement in assisting companies linked to the Gupta family. The firm suffered huge reputational damage as a result.

The Mail & Guardian has seen letters that were sent by KPMG to former partners Sipho Malaba and Dumi Tshuma on April 12, asking them to respond to allegations of misconduct and dishonesty about their undisclosed VBS loans and business interests.

According to the letters sent by KPMG’s chief executive officer, Nhlamu Dlomu, who was apparently appointed to turn things around at the troubled firm, Malaba — the former head of financial services — had a R7.3‑million mortgage bond with VBS and two vehicle finance arrangements, for R497 000 and R462 000, respectively.

The letters said these loans were discovered during an internal audit at KPMG, which was reported on September 27 last year — just days before Malaba was appointed to the troubled audit firm’s executive committee.

Malaba, who was the audit partner signing off on the VBS financials, had said that he would ensure his loans were no longer financed by VBS, but had instead moved them to a company owned by his wife and cousin, said Dlomu.

“Prior to your appointment as a member of KPMG SA’s executive committee (Exco) in October 2017, you confirmed that you had the loans mentioned above at VBS,” Dlomu’s letter reads. “Following your appointment to the Exco in October 2017, and given your role as the audit partner on VBS, you were instructed to finance your financial loans such that they are no longer with VBS. You informed the leadership of KPMG SA that you had done so in January 2018.”

Further investigations established that Malaba’s loans with VBS had been transferred to a company called Ihawu Lesizwe Trading CC (ILT), in which his wife and cousin each held a 50% stake.

“You signed as the co-applicant on the home loan application and your personal financial information was used to secure the loan, and not that of ILT,” continued the letter.

“The residential property that you and your family reside in is registered in the name of ILT. There was no change in the status of your financial loans between the date of your disclosure and the date you indicated that the instruction to terminate the relationship had been complied with,” Dlomu said.

“Although the company is registered in your wife and cousin’s names (50% each), you conceded that you effectively were running ILT in the capacity of managing director and financial manager. To this effect you compiled payslips, drew up an employment contract for your wife and acted on behalf of your wife and cousin. You also received a salary of R32 850 from ILT during 2013 which you did not declare to KPMG SA,” said Dlomu.

According to Dlomu’s letter, Malaba was required to disclose any financial arrangements between any of his immediate family members with VBS.

She accused Malaba of having failed in his fiduciary duties, saying the “trust and confidence” between the company and him had been irreparably harmed.

But Malaba denied any wrongdoing in his response to Dlomu, claiming the home loan had never been under his name and that “personal loans were actually vehicle loans”.

“There was a change in financial loans from the date of disclosure as VBS updated their records correctly to show the home loan belonged to a company and [to] remove it from my credit profile,” said Malaba in his responding letter to Dlomu.

He disagreed with the allegations of dishonesty on his part, saying he was not given enough opportunity to prepare when he was called in to answer questions in March, during KPMG’s investigation, led by law firm Bowmans.

“The questions were incessant and I had not been given an opportunity to prepare for that nature of meeting. I was being asked to recall facts and transactions from prior years at the drop of a hat and consequently got confused,” wrote Malaba.

“In the end I suggested that I be given time to gather loan documents, company names (to ensure completeness) and factual accuracy … On reflection, I believe that the current situation has made my continued employment at KPMG untenable.”

Malaba and his former colleague and close associate Tshuma have both sent letters of demand for R30‑million each. Their lawyer, Shevira Devachander, confirmed that a letter of demand had been issued to KPMG.

“We have not limited the claim, but the damages include damage to dignity, defamation, discrimination and restriction of employability because of the KPMG statements and their actions. We are waiting for their response,” said Devachander.

She added that her clients had resigned from KPMG because “there was no mention of any disciplinary inquiry and they felt that they had no other option but to resign”.

Tshuma became a person of interest in the Bowmans probe after it was allegedly discovered that his wife and Malaba’s wife were shareholders in a company called Betanologix.

According to the letters written by Dlomu to Malaba and Tshuma, it was discovered that Betanologix had a loan of R9 682 694 with VBS. Dlomu accused Tshuma of failing to declare his wife’s loan with VBS, saying: “In addition, your wife’s interest in Betanologix is, in fact, your own. You admitted that you and SM [Sipho Malaba] were running the business as your wives were not capable of doing so. Furthermore, you were acting as the financial manager of Betanologix.”

It was Tshuma who applied for Betanologix’s overdraft and received a payment from the company. He withdrew money from its account, said Dlomu.

“The overdraft facility applied for Betanologix by you on September 23 2016 was for R3‑million.”

The investigation established that Tshuma paid R2 408 500 to ILT, the same company in which Malaba’s wife owns 50%.

Tshuma was also accused of running two Uber businesses without getting permission from KPMG, as required. He denied the allegation, saying he had bought the two vehicles to transport his two children to school. “I do not agree that my wife’s interest in Betanologix is, in fact, my own,” was his response.

“There is no legal basis for arriving at this conclusion as my wife is a legal persona capable of conducting her own affairs in her own right … I did not admit to running the business, but I did acknowledge that I was closely involved in helping the directors of Betanologix with the financial affairs of the business. The use of the term ‘financial manager’ was unfortunate as it gave the wrong impression about the extent of my involvement in the business,” said Tshuma.

He further challenged Dlomu on the allegation that he had applied for the loan himself, saying that documents belonging to Betanologix that were found on his computer were there because his wife had used it.

KPMG spokesperson Nqubeko Sibiya confirmed that the firm had received the letter of demand, but declined to comment on the allegations contained in the letters. “KPMG is aware of the letter of demand from the individuals concerned and we reject the claims. The conduct and performance of the VBS engagement is currently subject to a number of investigations. As a result, it wouldn’t be appropriate to comment at this time until these have been appropriately concluded and reported.”