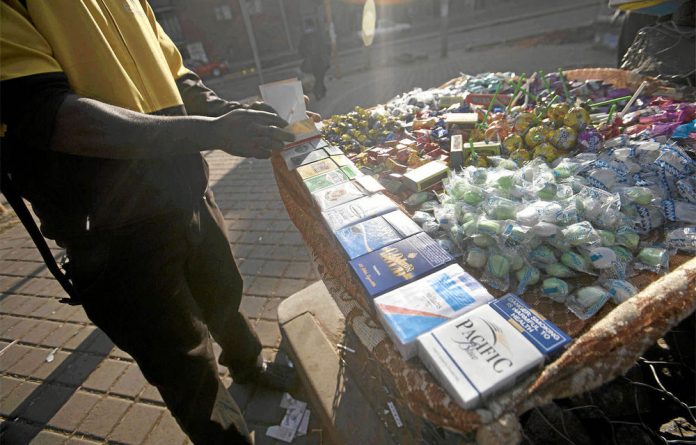 Illicit traders are a direct threat to thousands of jobs in several industries including the tobacco industry, warned the Food and Allied Workers Union (Fawu).

The union issued a statement on Tuesday about the latest illicit tracking study by the global market research firm Ipsos, which was released last week.

The study revealed that the South African Revenue Service (Sars) would lose over R7-billion this year as a result of illicit tobacco trade, Fin24 reported. The study also showed that illicit traders could have made over R15-billion over the past three years.

“As Fawu, we call on government to put the pressure on Sars to take a tougher stance on illicit traders who manufacture and sell cheap, unregulated products as they do not pay excise duties and or value-added-tax,” said general secretary Katishi Masemola.

“Every South African can feel the pinch of the recently increased VAT – so it is unacceptable for illicit traders to evade what citizens pay for on a daily basis – right under the nose of Sars,” he said.

He pointed out that Sars’ lost revenue could have been used towards achieving development goals such as growing the economy, increasing social grants, reducing inequality and creating jobs.

Masemola also criticised government and the revenue service for not acting against illicit trade, especially in an industry responsible for employment.

“What is disturbing is that our government, Sars in particular, moves very slowly when it comes to taking action against illicit traders,” he said. “We are here to preserve jobs in the agriculture and manufacturing value chain as we push for improved health outcomes and increased revenue to the fiscus.”

However at a briefing last week at the launch of the tax filing season acting Sars Commissioner Mark Kingon said that the tax authority was looking into reestablishing teams to focus on illicit trade in sectors such as tobacco, alcohol and fuel. — Fin24

Zondo: Like Moyane, Zuma was central in Sars capture