“Now I call to the stage, our smallanyana landlord, Mr Thabo Mashongoane,” joked Zukile Mvalo, deputy director general of the department of higher education and training on the second day of the National Skills Authority (NSA) conference.

Mashongoane, always soft-spoken, is the executive officer of the NSA. This is a position he has dedicated himself to since 2007, when the body fell under the department of labour. The portfolio then changed to higher education and training in 2009, where it is still housed. But his passion for the upliftment of people through skills development started long ago, when he began his education journey.

“I started off as an apprentice in the early 1980s and I did fitting and turning. The apprenticeship programmes had recently opened up for black people in the country and I didn’t know what fitting and turning was, but I did it. Given my background, there was no money to take me to other institutions, therefore it was an issue of it being a livelihood for me,” he recounted. 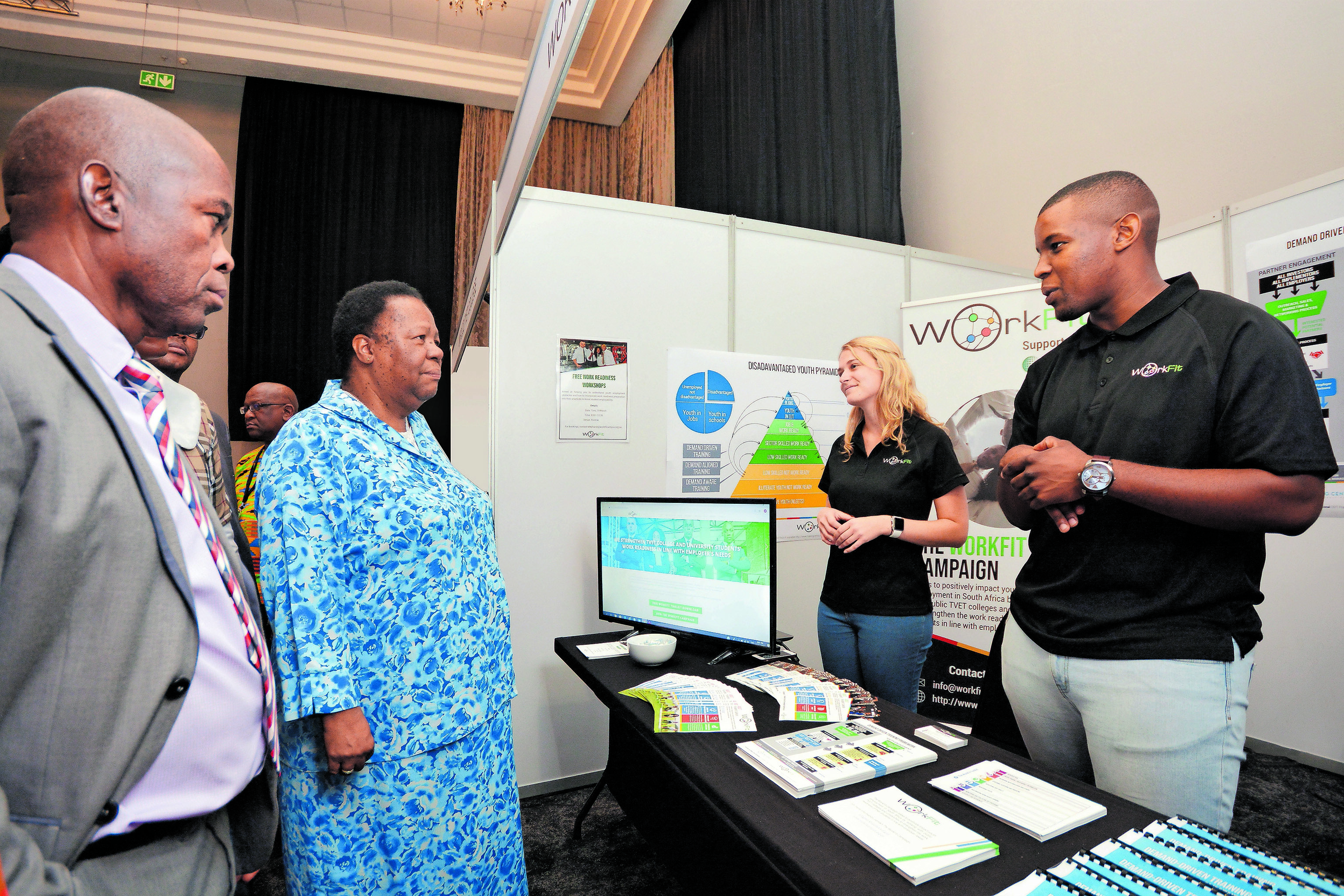 Mashongoane worked in the automotive industry, and due to his diligence, and completion of theoretical and practical components, he ended up qualifying through the Olifantsfontein trade-testing centre. “I then moved on to become an instructor at a college — they were called manpower training centres [in Bophuthatswana]. They operated differently from the then South African Colleges. These centres were highly resourced, being closer to industry, and they were well supported. I was an instructor and lecturer, and went up the ranks,” he said.

His work ethos and drive led to him being appointed as divisional head of trades, including electrical, mechanical and civil. Altogether, he oversaw the nitty-gritty workings of 16 trades. He led and participated in the labour movement in late eighties and early nineties and represented lecturers from the former Bophuthatswana homeland during South Africa’s transitional period. In 1997, he became a college principal.

One of his proudest moments was his involvement in the amalgamation of colleges in post-apartheid South Africa. His college was combined with four others, and became known as Orbit College (now Orbit TVET College). His role was instituting student services — a role which saw him researching and implementing a new branch of the college system. 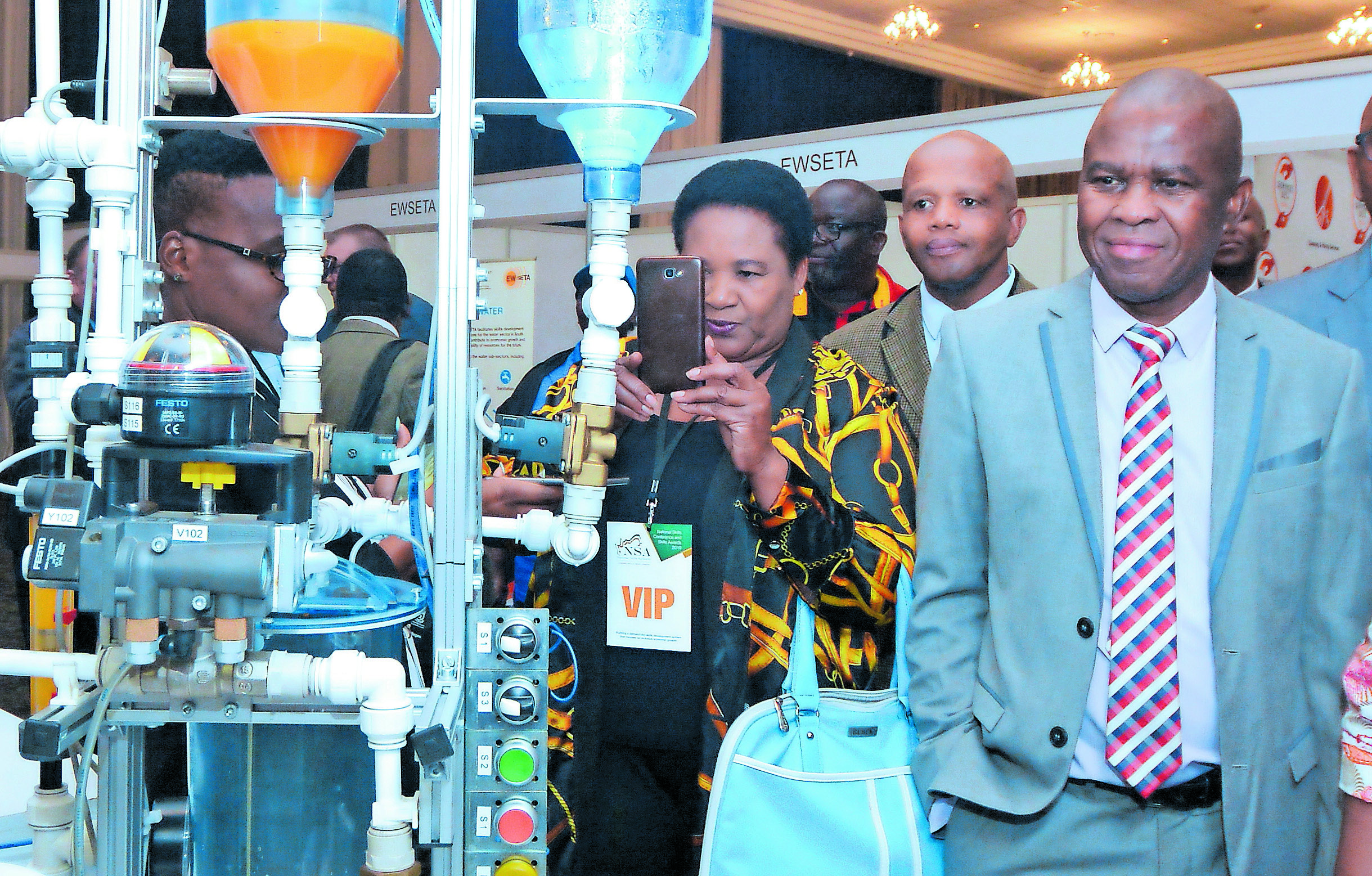 Another one of his achievements during his college career was upskilling staff on how to use computers. He found that some lecturers, especially the engineering teachers, shied away from using computers. His role as principal meant he was using newer technology all the time and he could see a gap in skills, and a place where staff could improve. So, he asked the commerce staff to have open and free classes for other staff members to learn more about computers, and how to integrate digital advancements in their teaching. “I wanted to set an example, so I sat in on the classes with my colleagues too. The whole idea was to say: ‘How can I bring change to the people?’,” he said with a smile.

“My interest is developing people — not only the students and learners, but the staff too. There are sometimes huge gaps in the staff, and people think because you are a lecturer, instructor or HOD, they think you have arrived. But there are still other critical skills those people require and seeing the staff through, and helping them, tends to improve the learners themselves, ends up in them producing better results and them actually liking what they do, because they’re confident in themselves,” he said.

This lesson — of capacitating staff and boosting skills development in all sectors of education — is one that Mashongoane still implements today. When he felt that he needed more training in the monitoring and evaluation field, he decided to go to Wits to learn more and boost his credentials. He obtained a postgraduate diploma in monitoring and evaluation from the Wits School of Governance. But he didn’t go alone.

“On a personal level, I thought, ‘Let me get the fundamentals of monitoring and evaluation so I’m able to successfully and logically engage with the experts who could be coming on board to assist us developing frameworks for the NSA, the department and the Setas as a whole.’ I took my deputy at that time to enrol, but we felt it was not enough. I then encouraged the board to go [to Wits] and around 10 members agreed to enrol in a six-month programme. Two went for a postgraduate diploma and one of the board members now intends to do a master’s degree,” he said.

In his capacity as NSA executive officer, he has also strategically partnered with other bodies to capacitate their staff components. His efforts in initiating dialogue and training within the public service trainers’ forum is a success story he fondly remembers.

“Because public service is not strong when it comes to monitoring skills development, I thought this was a body to collaborate with. This forum is co-ordinated by the national school of government and department of public service and administration, and has trainers from all provinces, where their senior managers say: ‘We should collaborate and assist one another’. We also encouraged them to talk about best practice amongst themselves,” he said.

The NSA conference is also born from this spirit of collaboration, to avoid working in silos. Mashongoane notes that the NSA is a body that facilitates bridges between the different constituents. “Seeing people from different perspectives — people from business or organised labour — and having their ideas melt into one pot is not easy, but one needs to find a way to relate to each of their needs. Ultimately, we’re stronger and achieve when we have one common vision,” he said.

Mashongoane doesn’t only think for himself: his history in the field demonstrates his willingness to develop the talents of all the people around him. And when he talks about skills development, you see the values of continually striving for excellence and quality. His Wits postgraduate diploma is the most recent in a string of academic qualifications. He holds five diplomas, one degree and an MA; his qualifications include education training, technical skills, management, business management, human resources and business administration. He has also received his doctoral degree in educational management.

Since his time in government, he says his mandate has remained anchored in producing quality and enhancing skills development systems and policy. “My vision was and remains: how can we revolutionise skills development for the country? What interventions can we come up with? How do we advise the minister in matters of policy? I could have moved to other positions, but what makes me stay is the fulfilment of seeing development, and people transforming, changing for the better.”