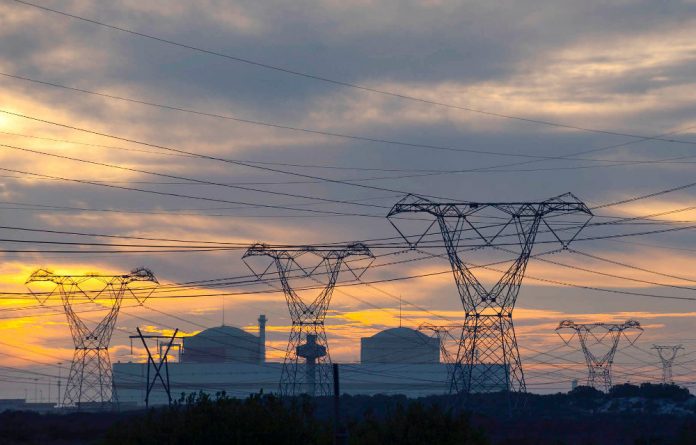 Koeberg Nuclear Power Station released radioactive waste into the environment in three separate incidents in 2014 and 2015, but the quantities were “negligible” and fell under the threshold that would have made it necessary to notify the public, Public Enterprises Minister Pravin Gordhan has said in a Parliamentary reply.

Gordhan was responding to a written question from Freedom Front Plus MP Corné Mulder.

Mulder had asked whether there had been any incidents at South Africa’s sole nuclear power plant since January 2014 which could have caused the leakage or spillage of radioactive waste into the environment. Mulder also wanted to know if the surrounding residential areas were warned.

Gordhan, in response, confirmed there had been three incidents where “negligible” amounts of radioactivity either were, or were assumed to have been released through an “unmonitored pathway” in 2014 and 2015.

However, Gordhan said the levels released were such that “there was no impact to staff, members of the public or the environment”.

“Assessments [concluded] that the maximum amounts of radioactivity that could have been released were well below any regulatory limit and did not require a response or notification of the public,” Gordhan said.

He said the three incidents were all reported to the National Nuclear Regulator and “thoroughly reviewed” by Koeberg to identify the causes and take corrective action.

“Releases to the environment are closely monitored and have to respect regulatory limits.

“Any release that is unmonitored is taken seriously and would be treated as a leak or spillage of radioactive waste,” Gordhan said.

The FF Plus, in turn, said it was not satisfied with the answer.

“The party will keep a close eye on the situation in the future to ensure that all irregularities and/or leakages are communicated to the public at once, no matter how insignificant they may seem,” it said in a statement. — Fin24

Marelise Van Der Merwe
Marelise van der Merwe and Daily Maverick grew up together, so her past life increasingly resembles a speck in the rearview mirror. She vaguely recalls writing, editing, teaching and researching, before joining the Daily Maverick team as Production Editor. She spent a few years keeping vampire hours in order to bring you each shiny new edition (you're welcome) before venturing into the daylight to write features. She still blinks in the sunlight.
Facebook
Twitter
WhatsApp
Linkedin