Polls have opened in Israel with Prime Minister Benjamin Netanyahu, leader of the right-wing Likud party, seeking a fifth term in office. If his party wins, he could become Israel’s longest-serving prime minister.

Polling stations opened at 7am on Tuesday with exit polls expected at the end of the voting day. Official results are expected to come in overnight.

Netanyahu’s main rival, Benny Gantz, is a former military chief of staff. He leads the Blue and White party in alliance with Yair Lapid, a former finance minister and TV personality.

According to a poll published on Thursday by Israel’s Channel 12, in which respondents were asked who they would prefer to see as prime minister, 37% answered Netanyahu and 35%, said Gantz.

Security, corruption and the economy are key issues for Israelis before the vote.

The top concern for voters is security, according to a poll conducted by political analyst Mitchell Barak of Keevon Strategies.

The Gaza Strip, home to two million Palestinians living under an Israeli siege for over a decade, remains a source of tension.

Since March 30 2018 Palestinians there have been participating in weekly demonstrations along Israel’s separation fence, demanding an end to the siege and the right of return to their ancestral homes which they were expelled from in 1948.

Since the start of demonstrations Israelis have killed 266 Palestinians and over 30 000 have been wounded.

The Israeli public has generally supported the use of live fire against protesters in Gaza as many see the demonstrators as a security threat.

According to a poll conducted in April 2018 by the Israel Democracy Institute, 83% of Jewish Israelis said that the use of live fire is appropriate. 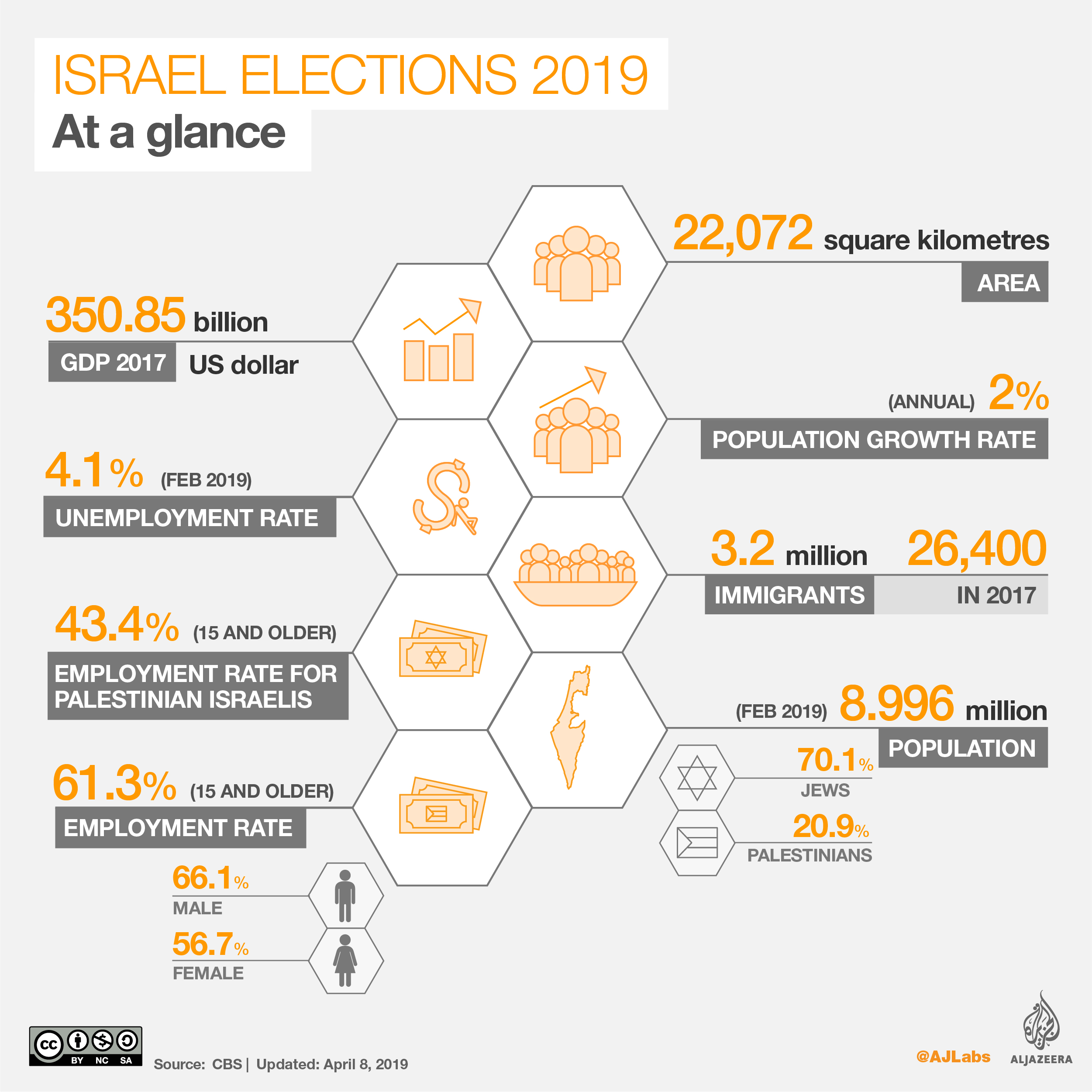 As defence minister, Netanyahu has been criticised repeatedly for not responding forcefully to rocket attacks, most recently in March.

Netanyahu also dismayed many Israelis in November when he agreed to a controversial ceasefire with Hamas, following two days of Israeli aerial attacks on Gaza after an operation by Israeli forces in Gaza was botched.

At least 15 Palestinians and two Israelis were killed in the violence.

The ceasefire led to the resignation of then Defence Minister Avigdor Lieberman.

Dahlia Scheindlin, an international public opinion analyst and strategic consultant based in Tel Aviv said that while Israelis mostly see Netanyahu as the best person to handle security, a majority are not satisfied with his handling of Gaza in particular.

“Judging from my own research, more people support an escalation in Gaza than oppose it,” she said.

“Some people believe that escalation is the only way to resolve [the demonstrations and rockets fired]. It looks to me that people who are not satisfied with Netanyahu’s handling think he has not gone far enough in terms of a military response in Gaza,” she added.

The Blue and White party is a serious challenger when it comes to addressing the nation’s security as it’s led by three pragmatic, former chiefs of staff of the Israeli army.

Israel’s attorney general announced in February 2019 that he intends to indict Netanyahu for bribery, fraud and breach of trust in three corruption cases.

Police say there’s evidence that he accepted nearly $300 000 in bribes over 10 years. He’s also accused of making deals with the publisher of Yediot Aharonot, a leading newspaper, in an attempt to garner favourable coverage.

“I think the charges against him are very significant,” Barak told Al Jazeera.

Nearly half of respondents in the poll, conducted by Keevon strategies, rated corruption as a serious issue, meaning the cases could affect his chances of re-election.

Local media sometimes refer to the prime minister as Mr Teflon, suggesting accusations rarely seem to stick to him.

Israel brands itself as the “start-up nation” in a nod to its successful hi-tech sector. However, it also has the highest poverty rate among OECD countries and the largest gap between rich and poor. 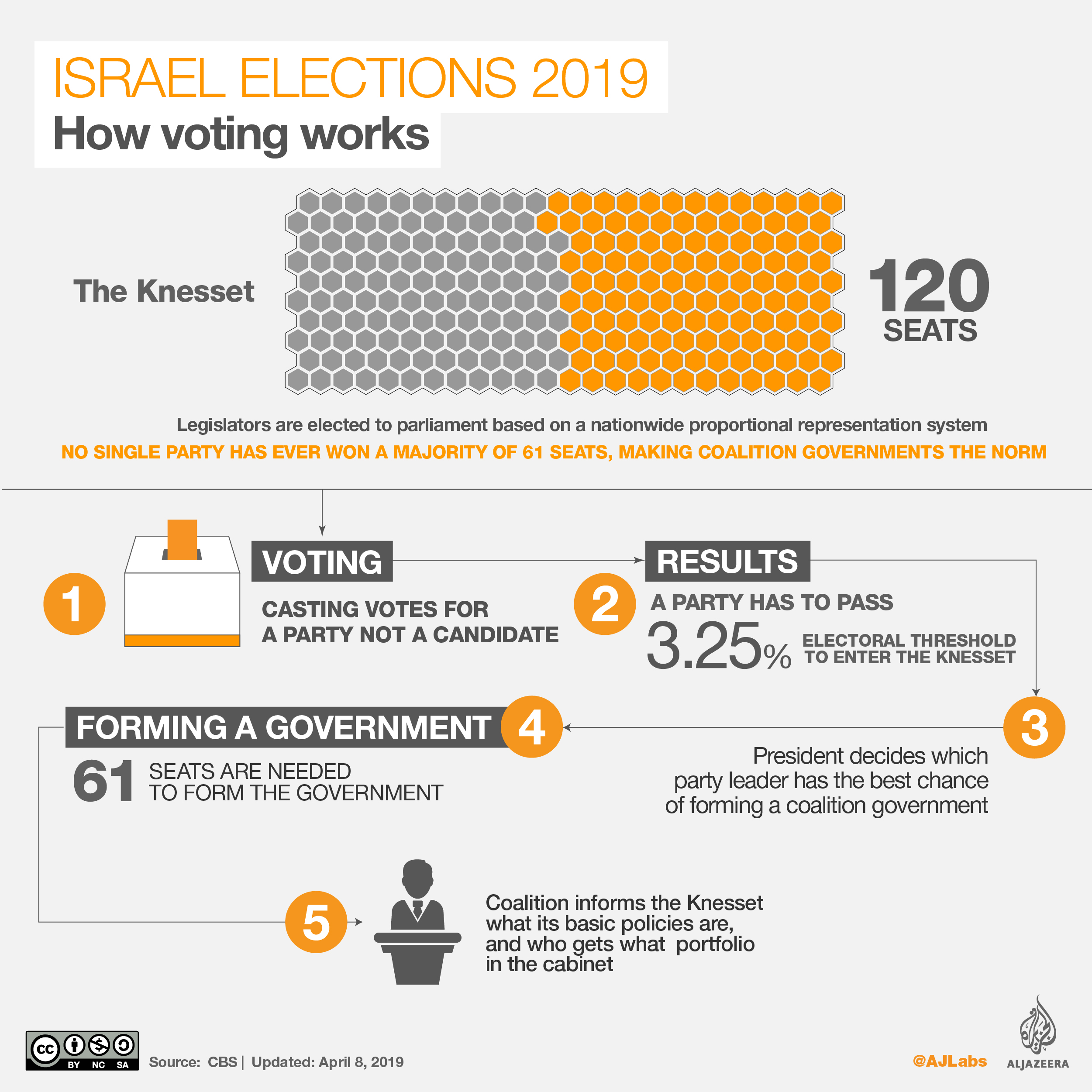 The economy is performing strongly and the unemployment rate is low, at four percent, but the share of the working poor is relatively high compared with other OECD countries. Fourteen percent of workers in Israel live in poverty, according to a 2018 OECD economic survey.

Poverty remains widespread, particularly among its Palestinian and Haredi (ultra-orthodox Jewish) populations. More than one-quarter of Israelis are poor or nearly poor.

According to the Myers-JDC-Brookdale Institute, a research institution, while 13.3% of Jewish Israelis live in relative poverty, the rate rises to 49.4% among Palestinian citizens of Israel and 45.1% in the Haredi community.

According to the OECD, without further action, the situation will likely worsen as the two groups could constitute half the population by 2059.

Israel’s cost of living is already among the highest in the world, yet it’s expected to rise again in 2019, affecting the most vulnerable. — Al Jazeera

Mersiha Gadzo
Mersiha Gadzo is a journalist and online producer for Al Jazeera English. Prior to joining Al Jazeera she worked as a freelancer in Bosnia & Herzegovina and the occupied Palestinian territories.
Facebook
Twitter
WhatsApp
Linkedin