Fighting the ‘whiteness’ of hope

Relaying stories of her upbringing, Mel is full of funny little anecdotes. Flitting between uproarious laughter and mischievous giggles, she recounts how, for example, as a teenager, she would steal her aunt’s hormone pills in the hope of making her body more feminine, reflecting her real gender. Or how she rebelled against her conservative Protestant church and, dressed the way she wanted, would “step into that church every Sunday, on some‘hey, this is me; this is Mel’.”

Impeccably dressed in all black, nude make-up adding to her understated chic, the 27-year-old exudes low-key self-confidence. But it was not always this way.

Gracefully picking a piece of fruit from her glass of sangria, the transgender singer, talk show host, model and “one of the faces of black trans women in Brazil” adds, smilingly: “Look, the way I am telling it to you now might make [my childhood] seem funny or easy, but it wasn’t. It was difficult. And complicated.”

Abandoned by her father, she was raised by her grandmother and aunts in the city of Goiânia, about 200km from the country’s capital, Brasilia. Now a Sao Paulo resident, Mel, as she prefers to be called, adds that she “spent half of [her] childhood in hospital” being treated for psychosomatic conditions she believes are a result of attitudes towards her being transgender.

“The main problem for me was being trans and not knowing. I was a sick child because of that. Psychosomatic conditions followed. It was reflecting in my health. I was epileptic and also diagnosed with ADD [attention deficit disorder]. But this was psychosomatic because I no longer have them. I was always a trans woman but the issue was with society. It was not my issue. I was always a woman. But it was people’s attitudes that took a toll on me,” she says.

For many queer people,the discrimination they face is often a result of conservative religious belief systems. For Mel it was no different. “I come from a Protestant background and those religious views are… very macho in a way. I was always questioning. Always asking, ‘But why can I not be me? Why is it a sin?’ Why would religion say something like this if this is just me; if this is who I am?”

With its majority Catholic population and a rise in adherents to evangelical Protestantism, Brazil is a deeply religious country. It is also the country with one of the highest number of queerphobic hate crimes. In 2017, 445 anti-queer murders were reported. Trans women are disproportionately affected, with the country also holding the dubious distinction of having the highest number of murders of transgender women globally.

This, and her years of not being allowed “to be me”, has seen Mel use her public profile — her Instagram following alone exceeds 140 000 fans — to promote trans visibility.

But her fame, popularity and activism could not shield her from the depression she suffered three years ago. It was a time she calls “a very dark period”, brought on by an “unhappiness with the world. A lack of hope. I thought that things would never change,” she explains.

“I was filled with disbelief. I didn’t believe in anything. You know when you question and deconstruct everything you believed in? I did that so much that I became empty. That was when I discovered Umbanda and Candomblé and started a process of discovering myself and healing those old hurts. The hurts that came from my Protestant background.”

Umbanda and Candomblé are just two of the African-derived religions practised in the country. 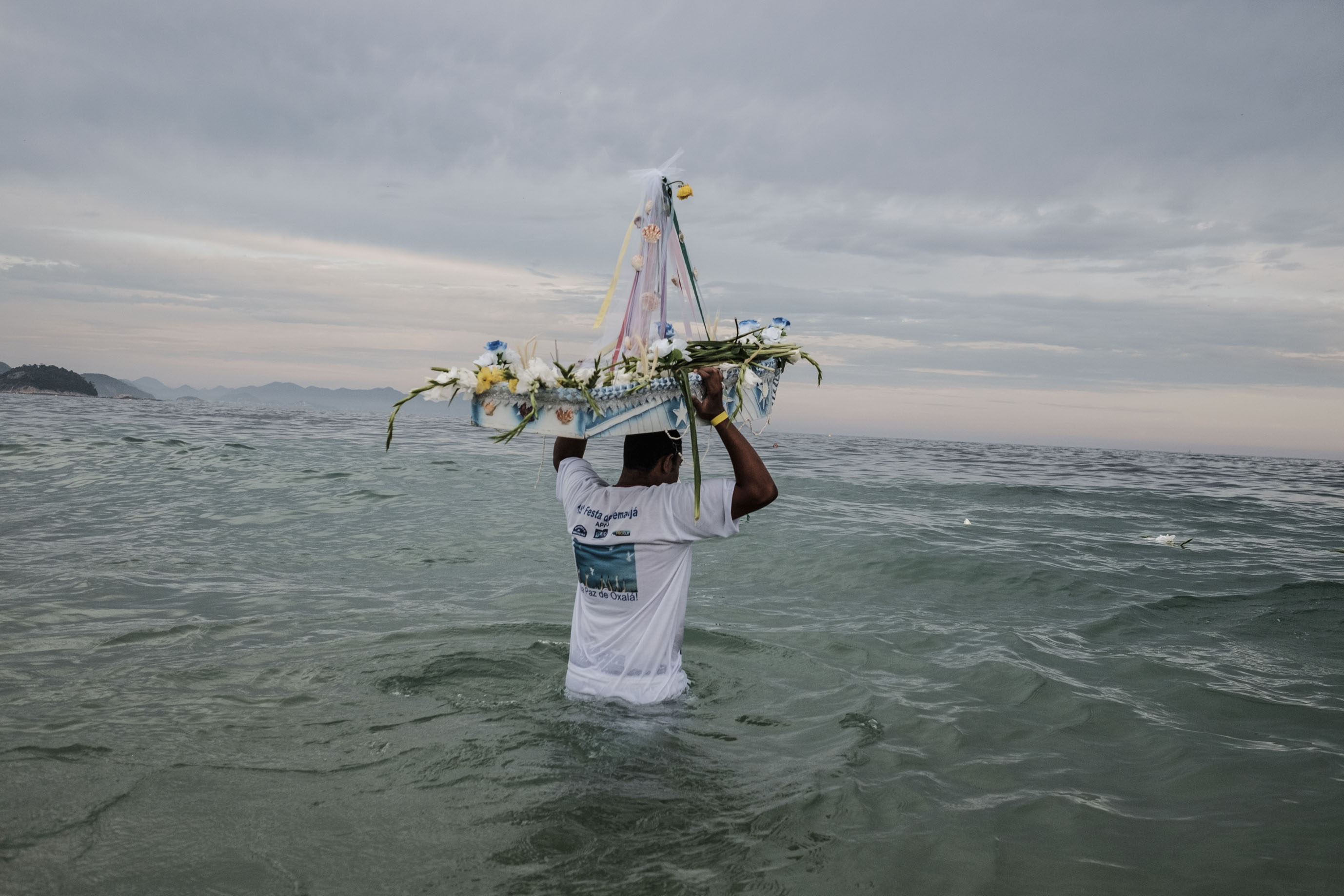 According to the Harvard Divinity School, “such traditions have been both celebrated and denigrated at different times and by different actors, from the Catholic Church in the post-independence era — which characterised them as evidence of ‘backwards’ African culture and Afro-Brazilians as failing to become ‘true Catholics’ — to today’s Pentecostals, who condemn Candomblé and Umbanda as ‘devil worship’.”

The school’s website adds: “As suggested by the common Brazilian saying, ‘If one does not come due to love, one comes due to pain’, solving the problems of life, particularly physical healing, is central to both Candomblé and Umbanda.”

Adherence to these religions brought Mel this healing. In them, she “found a space in which people didn’t have any prejudice about who I am. Because these are religions that are all about love. Love and peace. That was very important for me at that time. Because I needed something to believe in. Something I felt humanity didn’t have.”

It is this humanity that Mel, the former lead singer of Brazilian funk outfit Banda Uó,is now sharing with her followers “to tell my story”. Swapping the thumping funk beats she had become known for, for the pared-down and minimalist new offerings, the now-solo artist’s sound couldn’t be more different —or refreshing.

The four-part body collection of tracks comes in the form of spoken-word poetry and songs, each covering various aspects of her journey to self-discovery through these, at turns, “celebrated and denigrated” belief systems.

“The first part, which is very sacred to me, is about my pain. The second is called O Medo (The Fear). It’s about the fear of a black trans woman. I wrote it about two years ago. I tried to write in a way that was very simple, so that you don’t have to be a black trans woman to identify with it.”

“I invited my friend Liniker to be in the video because we share the same fears about being a trans black woman here in Brazil at the moment. But at the same time, when we are together, we are stronger.

“Third chapter is A Cura because after the fear, comes the cure. You need the fear to have the cure.”

“Desire,” Mel explains, “comes as a result of the cure. I kind of wanted to share with people that nothing is forever. I wanted to tell people that I wish they go through the cure without suffering that much. That things are going to change. And that maybe they are not going to go back to the person you were, but that this,” she laughs, “can be wonderful.”

Is this change that she desires for other black trans women? “No, not only for trans women, but for all black women. All black people,” she says. “This is what I wish for the black community.”

In a country where race divisions loom large, where transgender women have an average life expectancy of only 35 years and where the recent ascent to power of far-right politician Jair Bolsonaro has emboldened many to be more brazen in their disdain for “the other”, does she hold out any hope of this change?

“As a black person,” she says, not missing a beat, “it is important to understand that hope is actually a lie. If you don’t understand that and protect yourself, you’re going to fall for things. Always. Racism and prejudice always put people in the position of feeling they needed to be thankful – and, really, just for living.”

Her newfound religious beliefs might, as she says, be “all about love and peace” but for her a far more useful tool in any attempt to effect change is something very different. 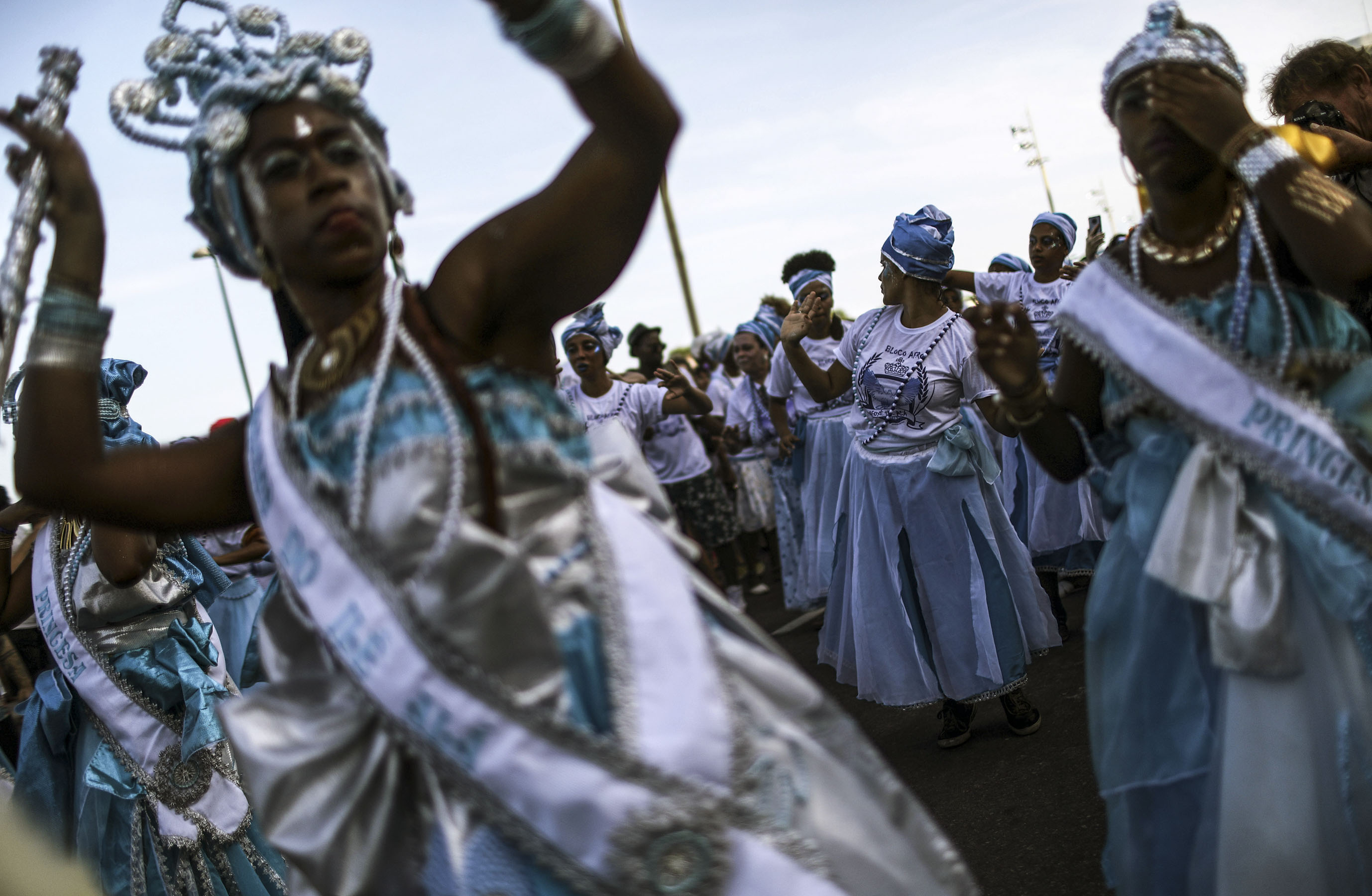 “Anger, when it is well managed and channelled, it can do great things. It can be revolutionary. If we didn’t take up arms and fight oppression as black people, we would still be sitting around waiting for hope. But we need to keep fighting. And hope is about waiting for something.”

Picking the last bits of fruit from her glass of sangria, she smiles, flicks back her mane of hair, and says: “So, I don’t have hope, no. Hope is a lie.”

Winking, she adds: “A esperança é branca[Hope is white].”

Signs on the road to a ministry