The struggle to uncapture the classroom

Corruption in the education system means schoolchildren cannot learn. Without learning, they will be excluded from the next industrial revolution — or even from the current one.

Corruption means that, even though money has been spent on textbooks, they have to write exams having never seen those textbooks. It means that children have to wake up early and walk long distances to school because the budget for transport has been embezzled — so they are too tired to concentrate in class. And, at the extreme, it means some children die in pit latrines, even though there is a budget for proper toilets.

The extent of corruption in the basic education sector was alluded to last month, in joint submissions made by nongovernmental organisation Equal Education and Section27, a social justice nonprofit organisation, to the Zondo commission of inquiry into state capture.

The two organisations have collected examples of corruption over years. These draw a bigger picture of how bad corruption in education is. That level of detail will come out in the commission, but they have already given examples of where corruption costs learners.

These include children in Limpopo who, in 2012, didn’t get textbooks for the whole school year. An investigation uncovered alleged irregularities in the tender bidding process by the company that got the contract to deliver the textbooks. It also found that the company had been paid before delivering the textbooks, so there was little incentive for them to deliver the books.

The submissions also include investigations by journalists. In one case a former MEC for education in Limpopo allegedly received R1-million from a company that provides school sanitation infrastructure. In another, a top politician in the Eastern Cape was implicated in allegedly influencing a R1-billion school nutrition programme tender.

There are other examples of corruption in the basic education sector that might not have made it into submissions before the Zondo commission.

For example, in 2014 more than 1 000 primary school learners in Limpopo wereadmitted to hospital because they had eaten food with pieces of glass in it. The food was provided by the school’s nutrition programme, a crucial source of food for schoolchildren that might not get regular meals at home. An investigation into this scandal found that the contractors who got the tender didn’t have anywhere to make food, and the address given as their warehouse didn’t exist.

A 2015 investigation by the Sowetan newspaper into the state of toilets in Gauteng’s township schools found that even though the provincial department of education said it had spent R115-million in 2014 on maintaining toilets at 578 schools, some had never seen contractors and their toilets hadn’t been maintained. The department’s records show that people had been paid to do the work.

Equal Education and Section27 have been at the forefront of holding those in power to account. They have consistently taken provincial education departments to court to force them to provide services to schools.

They have not won all their battles. But they continue to play a noticeable role as pressure groups in the basic education sector. This is especially true in places like the Eastern Cape where there are fewer organisations investigating failures of the state and less media coverage to expose these failures.

Education is the single biggest item in the budget, making up just over a fifth of national spending.

That budget goes towards items as big as classrooms and as small as permanent marker pens. Each one of those items, across every single province, involves a tender process — and opportunity for people to abuse the system. 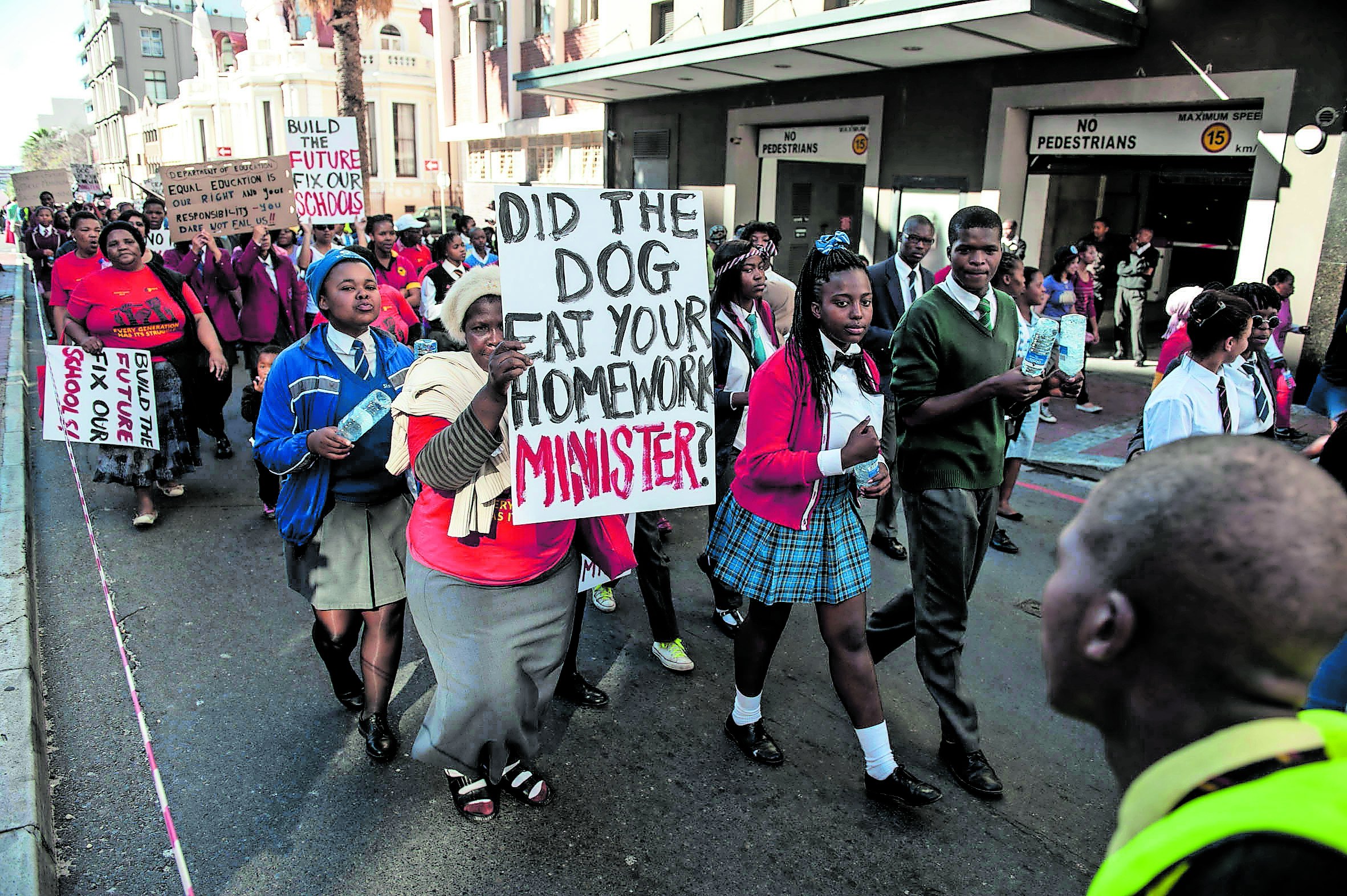 In their submission to the Zondo commission, Equal Education and Section27 say: “Departments of education are heavily involved in procurement due to the high number of goods and services that must be purchased in order to fulfill the mandate of providing education. The large amounts of public money required to ensure the fulfillment of this mandate makes these departments particularly susceptible to state capture and corruption.”

With their more detailed submission mapping out the large-scale corruption in the education sector, Equal Education and Section27 will create a hook for the commission to dig much more deeply into it. That will result in more people coming forward to testify about the corruption that hasn’t yet been documented.

This will go to the heart of the problem faced by much of the education sector: money that is intended to provide services to schools so that children learn ends up in the wrong hands.

The state rapidly put in place a solution for the emergency provision of water, but it has been hampered by the shortage, and cost, of water tankers
Read more
Advertising
Continue to the category
Business