Vukani Mkhize was fishing in the Umgeni River, just below its point of confluence with the Msunduzi River, last Tuesday, when he realised that something had gone very, very wrong.

“The water turned like milk. There was a smell and then the fish started jumping out of the water. Then they started dying, right there,” said Mkhize, who fishes in the Umgeni for a living.

“I stopped fishing right then. I could see the fish were poisoned and would make people sick if they ate them.”

Since last Tuesday Mkhize, 26, who lives in Manyavu, a small village in KwaXimba, has made a daily trip to the river to see whether the water has cleared.

Every day he has been greeted by the sight and stench of dead fish, killed by the spill of 1.6-million litres of vegetable oil and caustic soda from Willowton Oils in Pietermaritzburg into the Msunduzi River after holding tanks at the factory collapsed. The fish died from a lack of oxygen, according to a toxicology test.

Mkhize, who makes about R1 500 on a good day from selling tilapia, catfish, carp and scalies (yellowfish) that he catches using a cast net, is becoming increasingly desperate. He hasn’t made a cent since last Tuesday, and the only money now to feed his children, Siyamthanda, 6, and Mlekeleli, 3, comes from his grandparents’ social grants.

“I’ve been fishing since I was a small boy. I don’t have a job, so this is how I support my children. People around here buy from me. Some of them take a 25-litre bucket of fish. I catch nice sizes and throw the small ones back in so they grow. Some prefer tilapia. Some like the carp,” he said.

“I don’t know what I’m going to do. All I can do is wait for them to tell us the water is clean. That’s why I came down here.”

Mkhize said he believed Willowton had a responsibility to clean up the river and restock it with fish.

“This river is my life. I don’t have a job. It is all that I have. If whoever did this won’t work with us to fix things, then they must face the consequences,” he said.

By Wednesday this week, when the Mail & Guardian met Mkhize at his regular fishing spot underneath the single gauge bridge at Manyavu, the stench of dead fish and chemicals hung over the river.

The water passing through the weir was still topped with white foam. Dead fish had collected at several bends in the river, the level of which is high for this time of year because of recent rain, their carcasses mingling with plastic packets and bottles.

Jeff Hean from environmental consultants GroundTruth, which has been appointed by Willowton to test the water over the 87km of the two rivers between the spill site in Pietermaritzburg and Inanda Dam, said it could take anything from six months to two years for the river to recover from the disaster.

“It’s bad,” he said. “We expect things to get worse as we work our way upriver to the spill site. The recovery time will depend on how far the spill went and other factors including other pollutants.”

Plastic bags of fish were piled on the side of the road heading out of KwaXimba along the river, ready for collection by clean-up teams appointed by Willowton in the wake of the spill. The teams have been working the most heavily affected areas on both rivers and several tributaries.

Manyavu, on the Dusi Canoe Marathon route between Pietermaritzburg and Durban, is not the only area badly hit by the spill.

At Mkhambathini (formerly known as Camperdown), residents complained that livestock had become ill after drinking contaminated water in the hours immediately after the spill.

“They sent a vet to look at the livestock,” said Simon Mthethwa, who lives about 500m from the Msunduzi. “We don’t know yet what the result is. The river here is full of dead fish. We are scared to let livestock drink the water now.”

David Sweidan, the head of marketing at Willowton’s holding company, Sunfoil, said the company was doing “everything possible” to remediate the affected environment and assist people it had affected. “We deeply regret the accident … the cause of which is currently under investigation.” 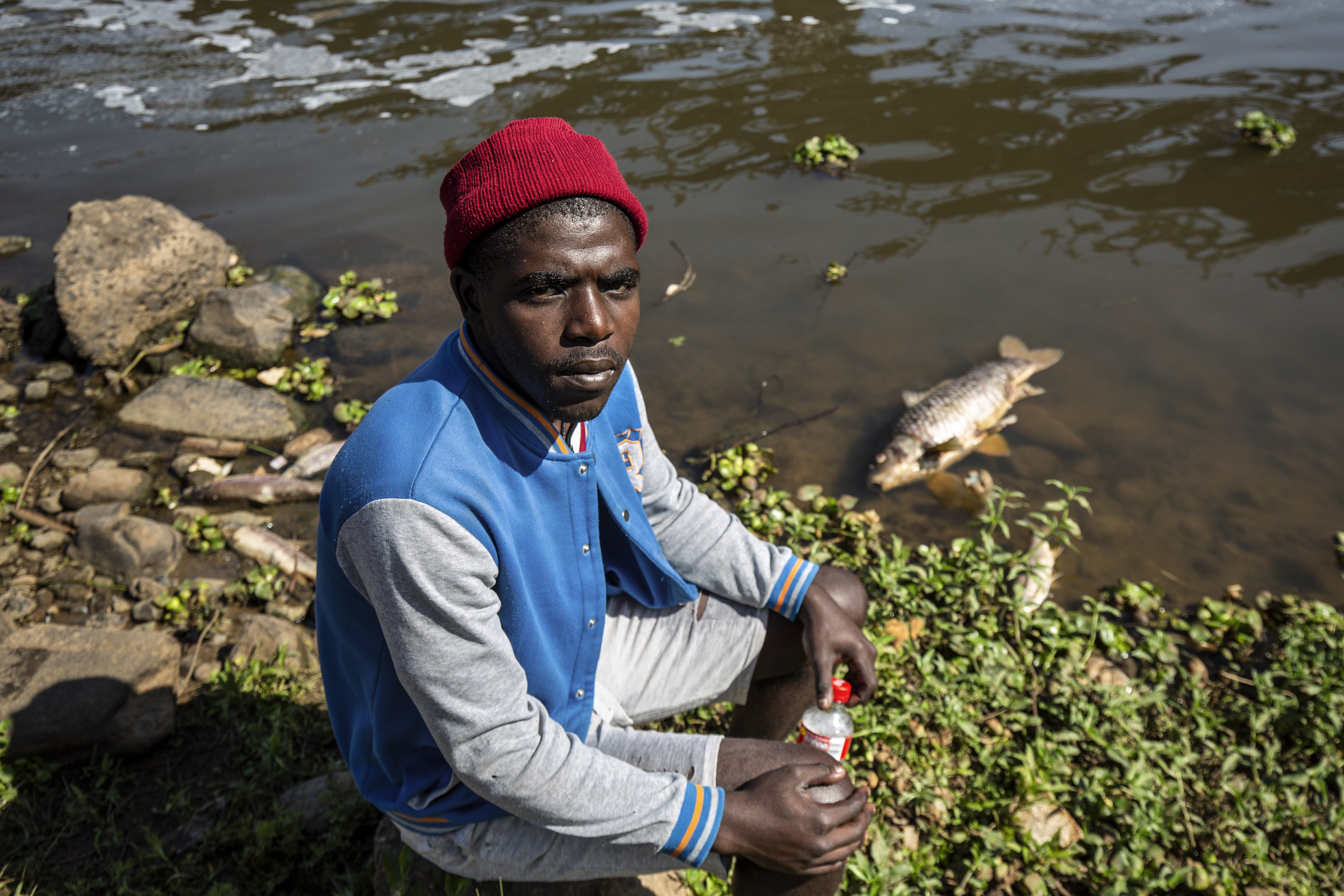 Fisherman Vukani Mkhize has lost his income after the Willowton Oil spill into the Msunduzi River. (Rogan Ward)

The company had appointed two spill response teams from Spilltech and Drizit who had been working with a 100-member clean-up team since last Tuesday. They had managed to remove most of the oil and caustic soda from the river and were now retrieving the dead fish, Sweidan said.

They had also appointed a geohydrologist, a toxicologist and a river health specialist who were working with relevant authorities in the affected areas and others beyond them.

The initial toxicology assessment showed that the bulk of the fish had died from lack of oxygen and not poisoning. They warned that people should still not consume water or fish from the river until further notice.

Sweidan said Sunfoil had, together with humanitarian organisations, been distributing bottled water to people who relied on the river for water.

“Daily engagement and reporting with the authorities is ongoing, with formal reports being prepared in terms of the legislation. We are unequivocally committed to ensuring the impact on communities reliant on the river is minimal and providing necessary remedial actions accordingly,” he said, adding that “the accident is being investigated as a matter of priority”.

People living along the rivers are concerned about the long-term damage caused by the spill, which Pandora Long, of the Lower Mpushini River Valley Conservancy, called “an environmental catastrophe”.

“This is a tragedy. In our conservancy area, all the aquatic life is gone, dead. There are no fish, no invertebrates. Everything has been killed,” she said.

“The clean-up is taking place but we are deeply concerned about the long-term health of the river. The impact is huge. This is a disaster on a human level, on an ecological level, on an ethical level. This river has died, right in front of our eyes.”

Long said although Willowton’s response and that of government departments was welcomed, a disaster fund needed to be set up to ensure the river’s medium and long term recovery. 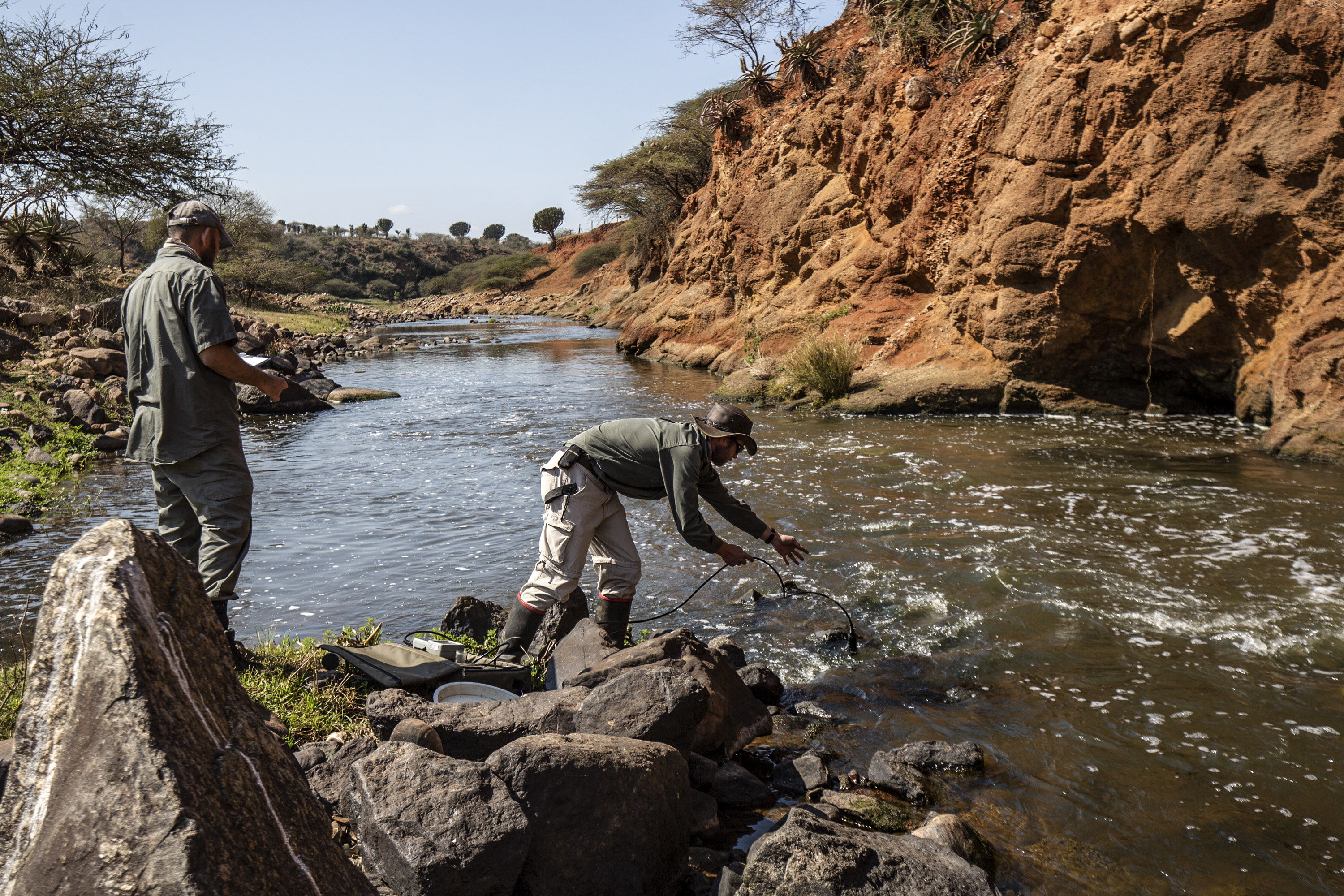 “We need to work together to ensure that the river system is not only rehabilitated after this disaster, but that it is protected in the longer term,” she said.

Nathi Olifant, spokesperson for the KwaZulu-Natal department of environmental affairs and tourism, said the department was working with local and national government to try to contain the damage and support affected people while the clean up took place.

She added that the spill was being investigated by the national water and environmental affairs departments, with a report into the incident due within 30 days.