Early this morning my phone beeps. The message is from my friend Rose in Juba, South Sudan. She is a devoted women’s rights activist. With the few resources at her disposal, she works day in, day out to contribute to building a better South Sudan for her children. Rose’s message reads: “My friend, now that you are dealing with mental health: there is too much suicide and mental problem in South Sudan that a real intervention is needed. How? What needs to be our plan?” I gulp. I can sense the urgency.

Later that day we talk to Rose on the phone. She describes a series of suicide cases she is aware of in recent months. She also tells us of the rapidly increasing number of “mad” people living on the streets of the country’s capital, Juba.

This echoes a new World Health Organisation (WHO) study on prevalence estimates of mental disorders in conflict settings. The study, which was published in The Lancet last month, suggests that the effect of conflict on people’s mental health is higher than previous estimates indicated. Researchers suggest that about one in five people in post-conflict settings has depression, anxiety disorder, post-traumatic stress disorder, bipolar disorder or schizophrenia.

Recently, the Dutch foreign trade and development co-operation minister, Sigrid Kaag, wrote an article for The Guardian in which she stated: “To me, it is clear that psychosocial support is not a luxury, but a necessity. It needs to be part of basic service provision, as normal as food, water and tents. Mental health and psychosocial support should be available to all people in conflict and post-conflict situations. Neglecting people’s mental suffering — staying silent — is not an option. If we truly want to help a country with reconstruction, we shouldn’t just rebuild the bombed bridges. We should also help people repair their broken souls.”

Of course, this is easier said than done in a country such as South Sudan, where resources for any form of healthcare are scarce. The newest country in Africa continues to be at war with itself. Long-awaited peace agreements are not implemented and are meaningless to the affected citizens. Millions of people have been displaced or are living as refugees in camps in the region. The international community is struggling to provide food, water and tents.

That mental healthcare is a secondary consideration in situations of such need is no surprise. People rely on international nongovernmental organisations to provide mostly short-term mental health interventions. These organisations do astounding and important work but it is insufficient, particularly when a nation lives not only with the psychological legacy of violent conflict but also the daily stress of extreme economic and material hardship.

In February this year, the African Union adopted a transitional justice policy. It is “an African model and mechanism for dealing with not only the legacies of conflicts and violations, but also governance deficits and developmental challenges with a view to advancing the noble goals of the AU’s Agenda 2063, The Africa We Want”. Transitional justice is broadly defined as the judicial and nonjudicial measures that are implemented to redress human rights violations.

The policy is a major milestone. It is the first of its kind. The process that culminated in its adoption was spearheaded by civil society organisations from across the continent, eminently led by the South African Centre for the Study of Violence and Reconciliation (CSVR). It took more than 10 years to formulate.

The policy is a solid document that clearly and concisely lays out the key elements, actors, processes and implementation mechanisms necessary to contribute to rebuilding African societies torn apart by violent conflict.

But where does Rose’s concern fit into this policy? Does the policy acknowledge and address the way in which direct and structural violence play out in the mental health landscape of countries such as South Sudan? Where does the provision of mental health and psychosocial support feature? 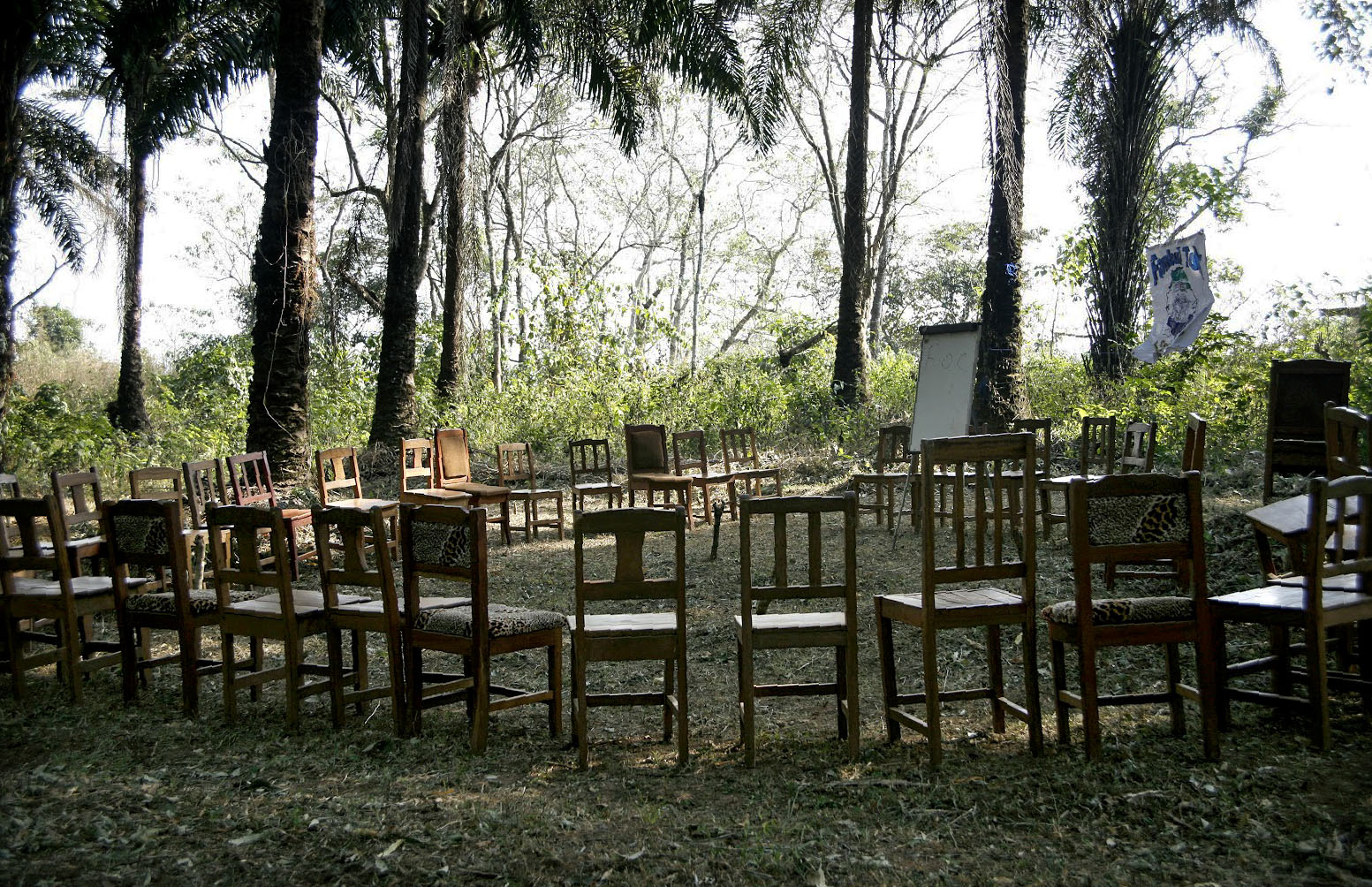 Programmes such as Fambul Tok in Sierra Leone and Friendship Bench in Zimbabwe are using lay health workers to tackle mental disorders in conflict settings. (Courtesy of Fambul Tok)

Traditionally, the field of transitional justice has relegated mental health and psychosocial support to the far end of reparations work. This relegation is mirrored in the AU’s transitional justice policy, in which most references to psychosocial support and trauma counselling are ancillary and made in reference to care for women, girls and children.

This may be attributed to the fact that in many countries in Africa, mental health issues are taboo and people living with related conditions tend to be stigmatised and labelled “mad”. Or because surprisingly little research and writing exists on the way in which mental health problems can obstruct the aims and objectives of transitional justice and peacebuilding activities. Or because Western-centric mental health definitions and solutions still dominate, overshadowing under-researched local traditions, cultures and rituals and preventing the emergence of a more African-centric understanding of mental health.

The policy addresses psychosocial and psychological issues almost only in relation to women, children and youths. It is significant to highlight the very particular form of suffering these groups experience during violent conflict, but the psychosocial tolls of conflict extend far beyond “vulnerable populations” that are defined in the policy as “women and girls, the elderly, disabled and youth (especially child soldiers)”.

Entire communities suffer when cohesion is eroded. Those involved in combat experience high levels of mental health challenges. If peacebuilding is to be successful, it is critical that members of armed groups who have been immersed in violence receive mental health support.

Long-term integrated programmes able to reweave damaged social fabric are critical to the effectiveness of any transitional justice process. As CSVR’s Nomfundo Mogapi says, working with wounded leaders must be a key part of this journey to prevent them from becoming “trauma carriers” while in public office. 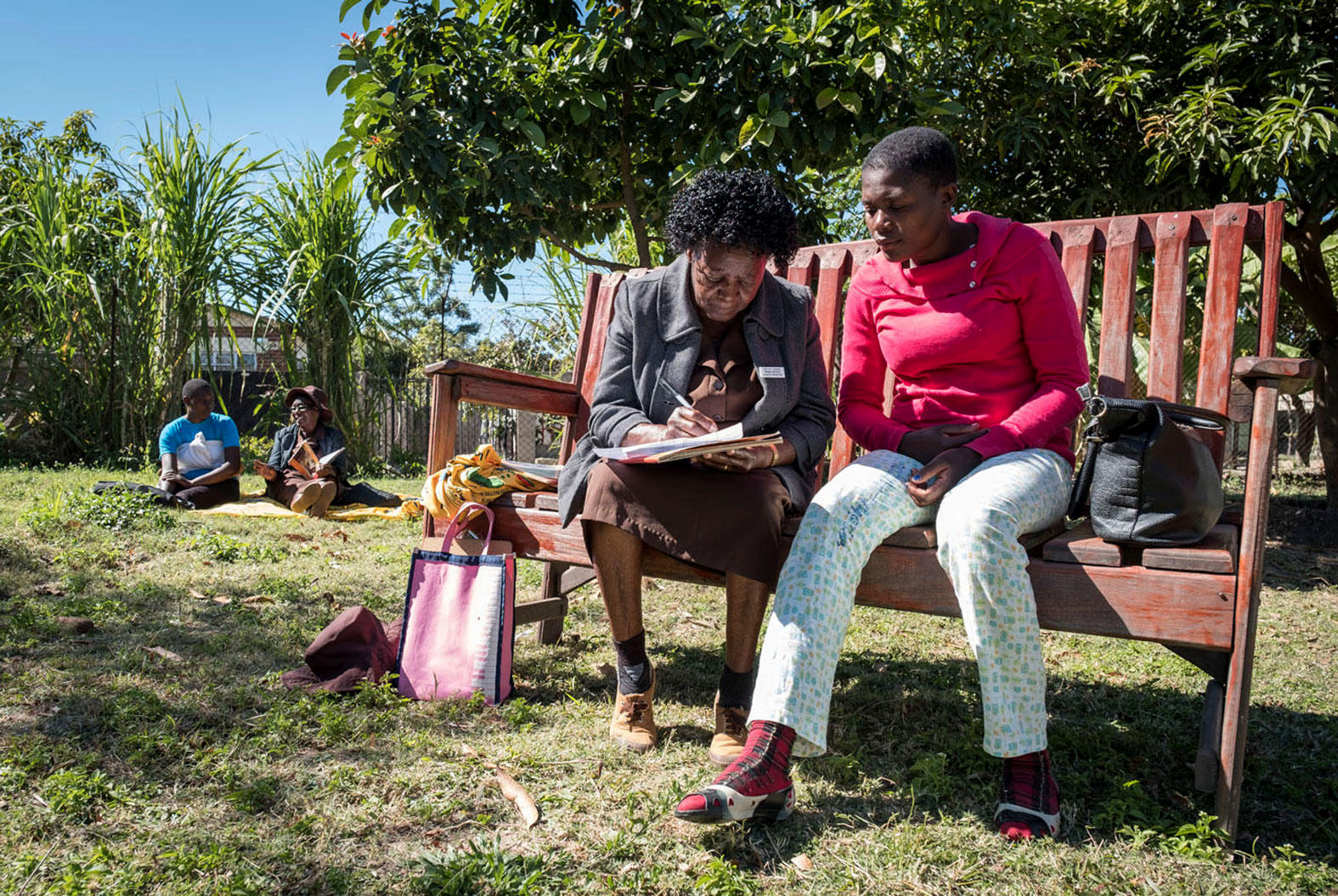 The WHO study emphasises the fact that conflict burdens all levels of society. A growing field of research points to the fact that trauma has an intergenerational quality and can be passed down from parents to children. The sooner this cycle is intercepted by providing scalable, community-level interventions, the more successful transitional justice and peacebuilding will be. This not only has a cost benefit, it also acknowledges mental health services as a core element of transitional justice and peacebuilding.

The inability to escape violence in its many forms has a tremendous toll on the individual and collective psyche of conflict-affected societies. Community healing processes are critical to securing long-term peace, as combatants often take on new responsibilities in societies after conflict, yet may be holding on to the trauma that could impede peace processes on the ground.

Excellent but scarce initiatives, ably led by civil society organisations across the continent, exist to systematically, sustainably address the mental health and psychosocial legacies of conflict. Rwanda has a sociotherapy programme that is an evidence-based restorative justice model; Sierra Leone’s Fambul Tok (Family Talk) is a community-owned and -led reconciliation programme; the trauma-informed work led by the Green String Network in Kenya concentrates on trauma as a root cause of instability and uses trauma-informed approaches for peacebuilding and conflict transformation work; and in Zimbabwe grandmothers have been trained by the Friendship Bench team as lay health workers to bridge the mental health gap.

All these examples could be evaluated to explore how local resources can be scaled up and incorporated into transitional justice frameworks.

Rose deserves at least that.

Friederike Bubenzer is a senior project leader in the Peacebuilding Interventions Programme at the Institute for Justice and Reconciliation. Maggie Litgen is a community social worker and visiting scholar at the institute