[The Mail & Guardian is publishing this article as part of a network of over 300 publications that are sharing journalism on the climate crisis. This article is from the Texas Observer, in the United States.] 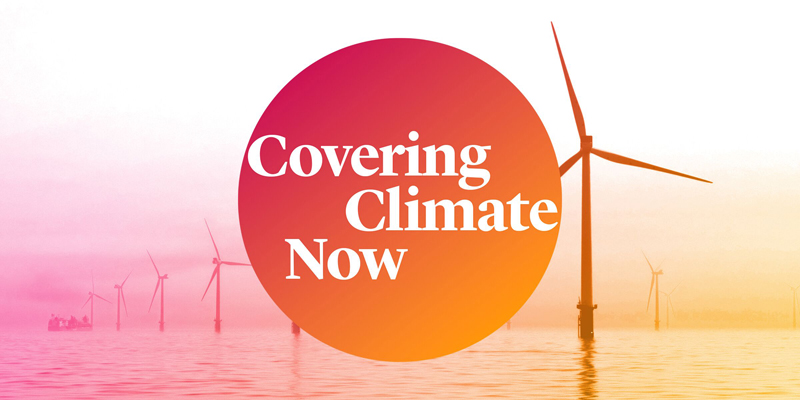 Nine years after the Deepwater Horizon oil spill—one of the largest environmental disasters in U.S. history—recovery funds are still trickling in to rebuild and restore the Texas Gulf Coast. Last week, the Texas Commission on Environmental Quality (TCEQ) held a series of public meetings on how to spend the latest chunk of available money: $360 million split between the five Gulf Coast states affected by the leak.

The leaking well head was hundreds of miles away from the Texas shoreline, sparing the region’s sensitive ecosystems from the brunt of the damage seen in states like Louisiana, Alabama, and Mississippi. But nonetheless, oil washed up on Texas beaches, and marine mammals, birds, fish, and other wildlife were harmed by the plumes of petroleum in the water. Previous stages of funding—which will eventually tally up to $1 billion for Texas—have already enabled projects like sea turtle habitat restoration, wetland conservation, and an increase in the size of artificial reefs that support recreational fishing and diving.

The money wasn’t urgently needed for direct cleanup efforts, presenting a rare opportunity for the state to proactively address numerous environmental issues on the coast. As climate change causes global sea levels to rise, the Texas General Land Office predicts that by 2100, relative sea level rise on the Texas coast will be about 2 feet higher than the global average, largely due to oil, gas, and groundwater extraction that causes land to sink. Already, the region is seeing an uptick in “sunny day flooding” events—higher tides that can cause street flooding even when there’s no rain. Within 80 years, 12% of developed, dry land by the coast could be underwater. And as the Gulf gets warmer, the strength and frequency of hurricanes, flooding, and storm surge will also increase, putting 6.7-million coastal residents at risk.

Projects up for consideration with the latest round of funding include marsh restorations in Salt Bayou and Galveston Bay that would help enhance wetlands and stabilise shorelines. The money could also go toward rehabilitating wildlife management areas that can act as a buffer against storm surges, as well as acquiring coastal prairie land that can increase flood protection for counties like Matagorda, Refugio, and Aransas.

“There’s never been a dearth of projects on the Texas coast to help protect and hold intact the ecosystems,” says Brandt Mannchen, the chair of Houston’s Sierra Club. “But there’s always been a shortage of money.” After a six-year “legal nightmare,” in the words of a NOAA informational page, BP and other companies responsible for the oil spill were hit with a $20 billion settlement—the largest environmental fine ever issued in the United States. This massive windfall could enable some of the vital restoration and conservation projects the coast has long needed.

Those needs are unlikely to end anytime soon. The Gulf experiences smaller-scale oil spills on a near-daily basis. In Galveston Bay, an average of 226 oil spills have been reported annually since 2004. Last year, the total volume of oil spilled in the Bay was fewer than 10,000 gallons; in 2016, that number was closer to 100,000 gallons. That’s still a small sliver of the 130 million gallons that the Deepwater Horizon spewed into the Gulf in just a few months, but these small-scale spills are indicative of a persistent problem.

As Gus Bova recently reported for the Observer, three Houston-based companies have proposed building massive liquified natural gas plants along some of the coast’s most pristine environments near South Padre Island. The project would destroy 2,300 acres of vital wetlands.

The money from the BP oil spill could certainly go a long way in restoring sensitive coastal environments. But it’s taken years to get the funding. It will take many more before the ecosystems fully recover.

This story originally appeared in the Texas Observer [outlet name with hyperlink]. It is republished here as part of the Mail & Guardian’s partnership with Covering Climate Now, a global collaboration of more than 300 news outlets to strengthen coverage of the climate story.