The threat to free and fair elections is growing. In the modern world, more authoritarian leaders stay in power by holding elections and rigging them than by than refusing to hold them at all. Worse still, the strategies available to these “democratic” dictators are expanding. They learn from one another. They use new technologies. And as they do so the dictator’s toolbox expands, which makes identifying and preventing electoral fraud more difficult than ever before.

When we published the first edition of How to Rig an Election in 2018, we documented the poor quality of elections in parts of Africa, Asia, post-communist Europe and the Middle East. By combining case studies with cross-national datasets we were able to conclusively show that poor-quality elections are not the exception — in many parts of the world they have become the norm.

We also warned that the situation was likely to get worse, both because leaders have often been allowed to get away with rigging elections, and because the West’s imperfect support for democracy has been further undermined by Donald Trump’s foreign policy as president of the United States.

The updated version of the book, published in September, confirms these fears, but also reveals that we need to be increasingly aware that elections can also be manipulated by the opposition.

President Joseph Kabila of the Democratic Republic of the Congo (DRC) had to stand down in 2018, having exhausted both presidential term-limits and the patience of his own people. After a series of delays to the elections, it appeared that Kabila’s hold on power was waning. Early opinion polls and election reports suggested that the president’s handpicked successor, Emmanuel Shadary, had been comprehensively defeated by Martin Fayulu, a robust opposition leader with strong ties to some of Kabila’s fiercest rivals.

There appeared to be no way out. Not only had the Catholic Church deployed more than 40 000 observers across the country, but international groups such as the African Union and the European Union, aware of the real result, began to publicly voice their concerns the election was being manipulated. It would be impossible to persuade the watching domestic and international audience that Shadary had won when he had really come third.

Desperate to keep Fayulu out, and unable to rig Shadary in, the president’s team came up with a novel solution: they would hand power to Félix Tshisekedi, an opposition leader who had come second. The deal was simple: if Tshisekedi wanted power, he would have to sign up to protect Kabila’s interests and allow him to continue to shape decisions behind the scenes. Tshisekedi agreed. With the snap of Kabila’s fingers, the loser would become the winner. 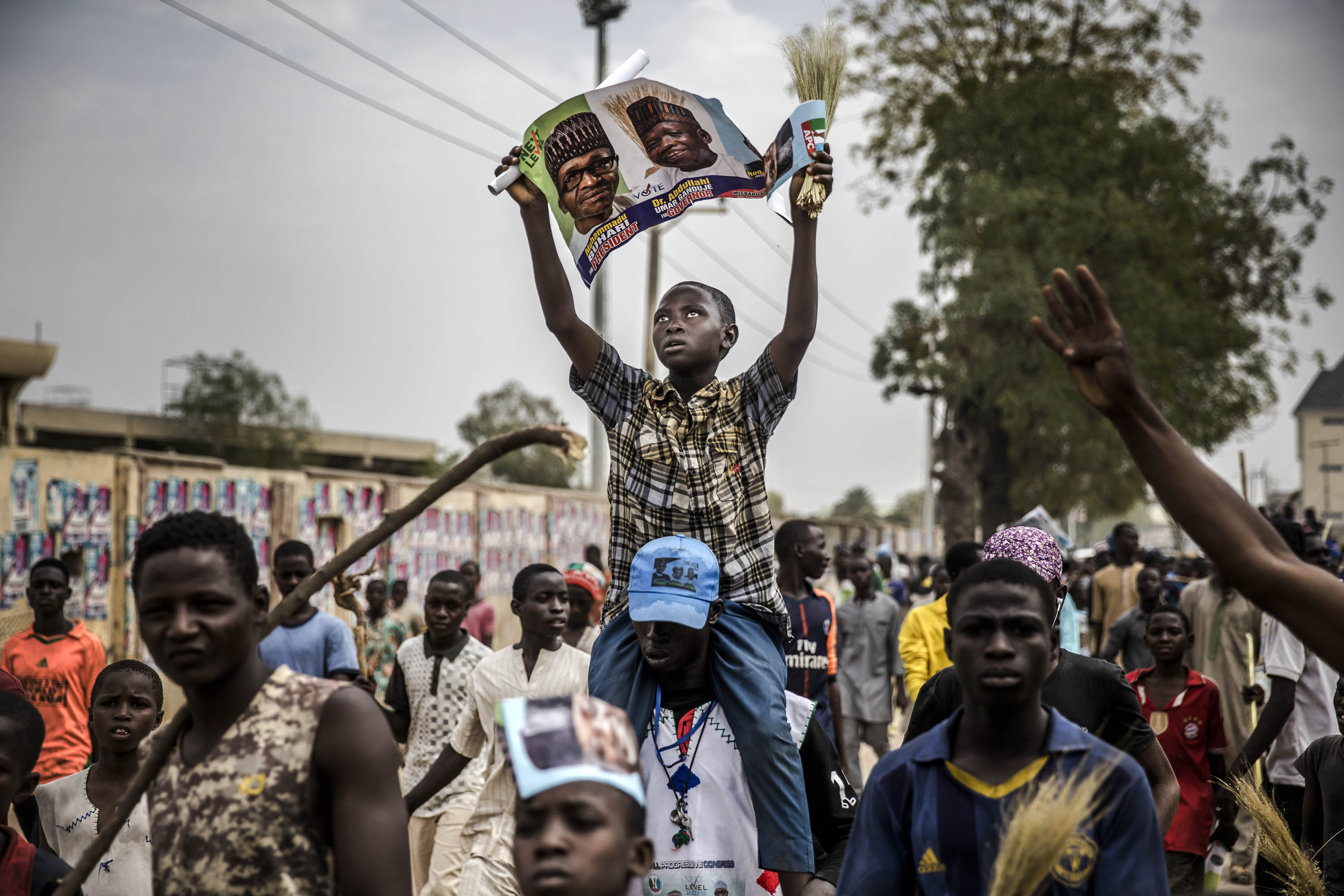 Fake news: In Nigeria, WhatsApp was used by opposition parties in their attempts to undermine the ruling party.  (Luis Tato/AFP)

The genius of this plan was two-fold. On the one hand, Tshisekedi was popular enough that it was feasible he might have won. On the other, the international community needed a peaceful process and a smooth transfer of power more than they wanted a free and fair election. Taken together, it meant that there was no political or diplomatic appetite to fight Kabila’s scheme, particularly because the international community couldn’t stomach the risk of the instability that might follow.

The United Nations Security Council “welcomed the peaceful holding of the elections” while the United Kingdom and the US, afraid of losing further ground to China and Russia in Africa, kept silent. Left in an extremely vulnerable position, the church also retreated, aware that it lacked the international protection needed to dispute the outcome.

The result was an election that was sold as an opposition triumph but which, in reality, was a kick in the teeth for democracy. The world’s dictators gained another strategy to outwit their rivals, and the credibility of Western governments as promoters of democracy around the word took another blow.

The updated version of How to Rig an Election also shows that government manipulation is not the only thing that we need to worry about. Efforts by opposition groups to unfairly promote their candidates are on the rise, fuelled by the growth of social media.

Over the past 12 months, the encrypted messaging service WhatsApp has risen to prominence as a result of the role that it played in controversial elections in Brazil, India and Nigeria. One of the great advantages of WhatsApp over standard text messaging is that it allows users to share messages to groups of up to 256 individuals. It is also easy to forward messages. With the click of a button, political parties can send a message to tens of thousands of supports. 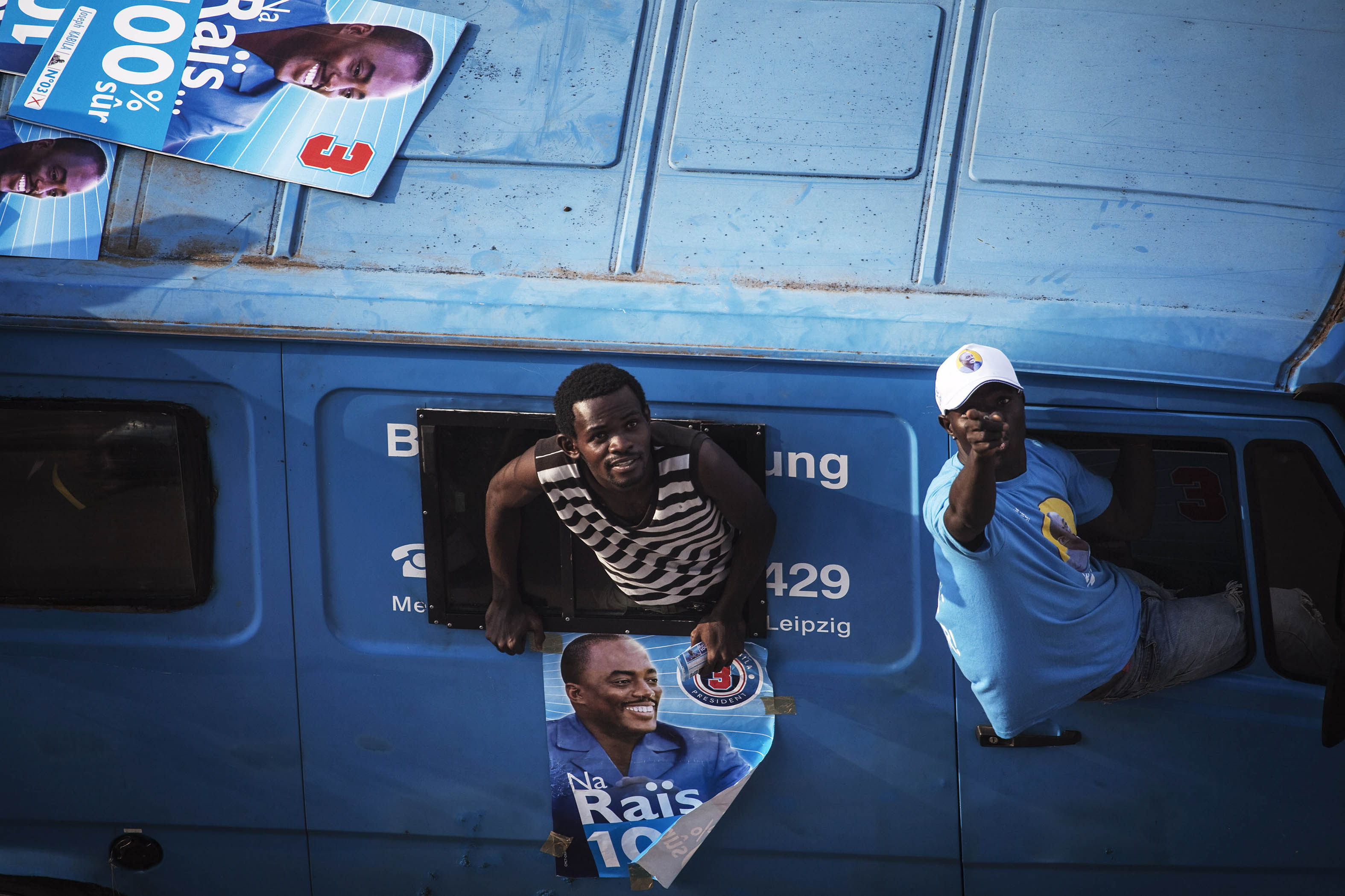 Democracy loses: Former DRC president Joseph Kabila’s handpicked successor was defeated so he found a way to keep the winner out of power — a deal with the runner-up, Félix Tshisekedi. (John Wessels/AFP)

While governments have been quick to harness new technology for their own devices, the fact that WhatsApp is cheap and that the circulation of stories depends on whether they strike a nerve with the public means this is a strategy that can be effectively used by the opposition.

In Nigeria, for example, opposition supporters pushed messages that President Muhammadu Buhari had died and been replaced by a lookalike from Sudan called Jibrin Al-Sudani. According to the rumours, upon Buhari’s supposed death in January 2017, a powerful cabal behind the ruling party had acted to stop power from passing to the vice-president, Yemi Osinbajo, by replacing him with Jibrin and carrying on as if nothing had happened.

Although these claims were outlandish, for some opposition supporters they were believable. Buhari was known to have been seriously ill, and his long absences seeking healthcare abroad only fed the conspiracy mindset. It was also not the first time that someone had alleged that a president’s ill-health was being covered-up. When former president Umaru Musa Yar’Adua was dying, his allies dismissed rumours that he was desperately ill and on a life-support machine. They promised that he would make a full recovery. And then he died. As one voter said to us, when the government regularly lies to you, it is easier to believe the rumours.

The key difference between these two cases is that Buhari still won the presidential election in Nigeria. The rise of social media may have given the opposition new tools, but the advantages of incumbency enjoyed by the government will usually outweigh this. In both countries, then, elections failed to deliver genuine change.

Despite this, it is critically important to pay attention to the central theme that runs through both examples. Strategies of electoral manipulation are evolving all the time. If we want to protect the quality of elections — which are already dangerously low — we need to keep up. This will mean spending more money on domestic and international election observation to collect new kinds of data, and learn how to use it.

None of this will matter unless we are willing to call out election-rigging when we see it. Failure to do so is only going to encourage unpopular leaders to try their luck. And that is why what happened in the DRC was so problematic. It wasn’t just that Kabila got away with it — the more worrying development was that the world’s dictators saw him get away with it, and took note.

Nic Cheeseman is professor of democracy at the University of Birmingham and Brian Klaas is a political scientist and an assistant professor in global politics atUniversity College London.

Disclosure: A team that included Cheeseman was funded by WhatApp to study the effect of the platform on the 2019 Nigerian elections