Heritage foods are on the menu

With our food industry dominated by convenience meals, a group of South Africans are rebelling against imported and highly processed food through a global grassroots movement: Slow Food.

The Slow Food movement was founded in Italy by Carlo Petrini in 1989. It heralds a return to traditional values, as well as preserving biodiversity and saving endangered food culture, ingredients and cooking methods. 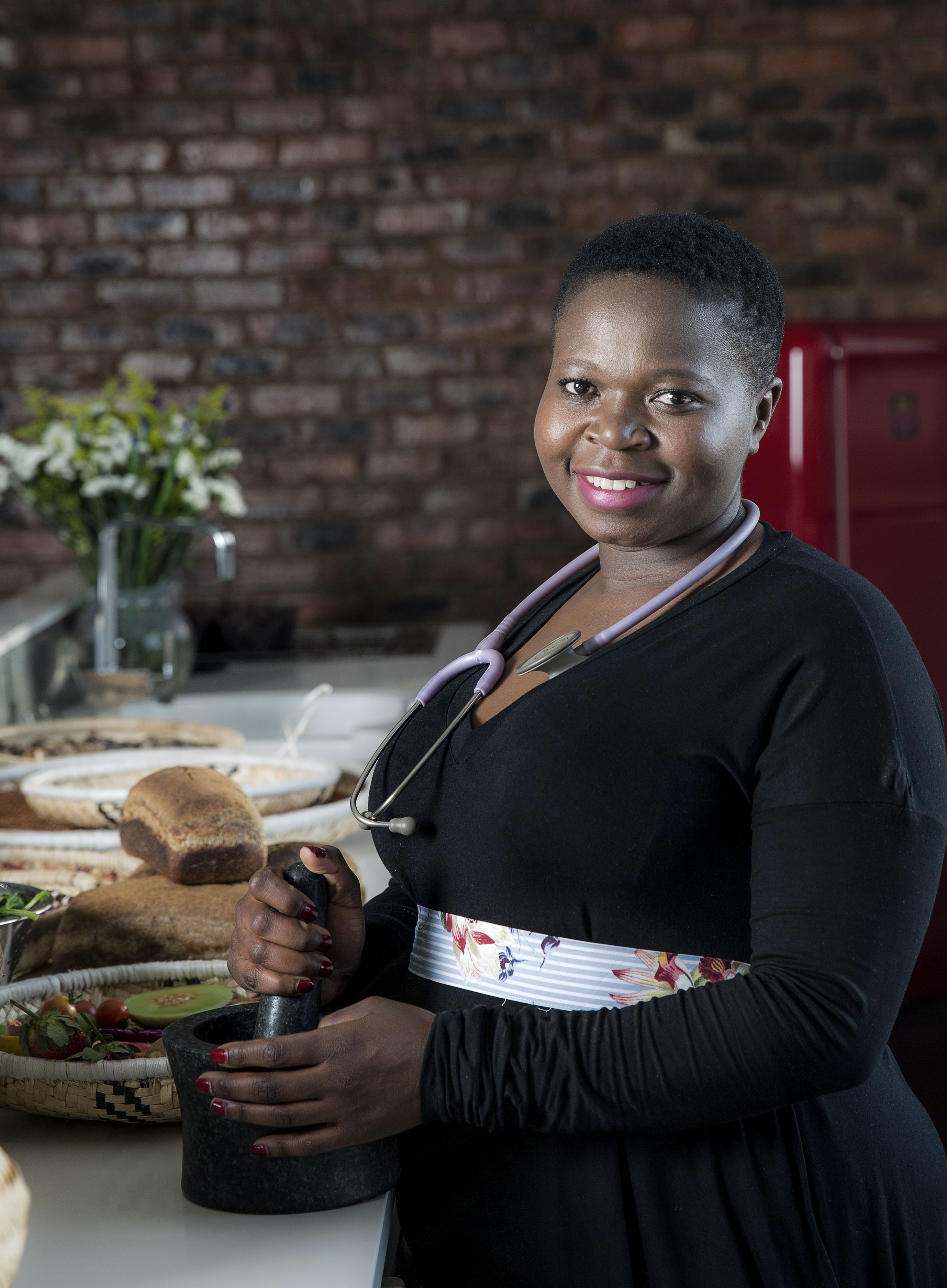 “Eastern Cape food is not about spices, it’s about purity of the ingredients,” says Kobo.

His menu is determined by the freshness of the produce available, and ensuring nothing goes to waste. “Anything that goes into the bin, my sous chef has to sign it off,” he says. “There has to be absolutely nothing else that can be done with it.”

Kobo realised the food industry’s massive wastage long before he collaborated with Slow Food. In fact, this is how he became a self-taught, fine-dining chef. With no funds to study, Kobo started training as a waiter. In his free time, he assisted the chef in the kitchen, and this experience sparked a love for and appreciation of gastronomy. 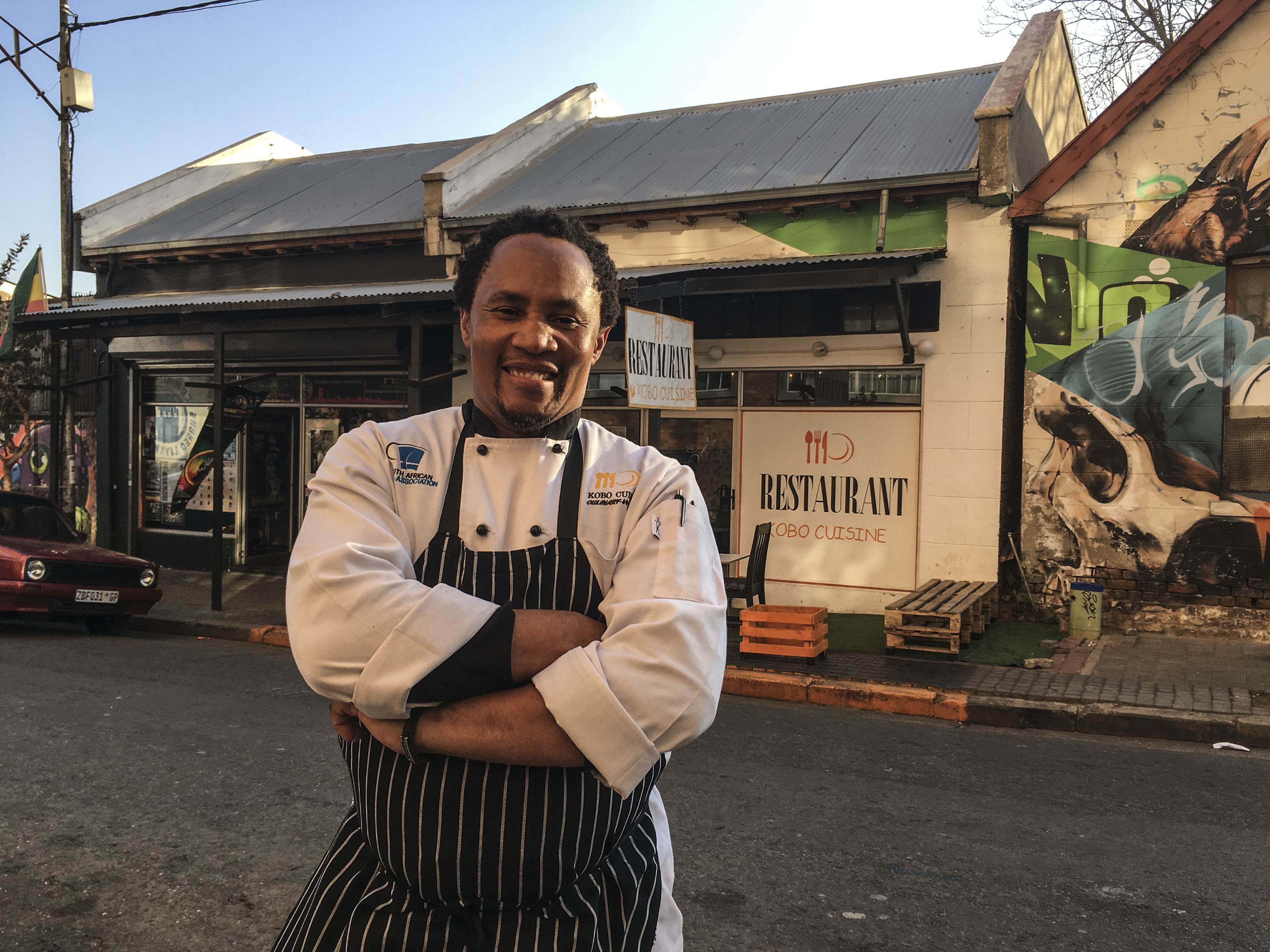 Through hard work and relentless determination, Kobo charmed his way into a hotel kitchen, with only the most basic culinary training.

He kept a bain-marie in the back, and asked the scullery helpers to save any bits and pieces from the kitchen. The next day, he arrived at work two hours early. He completed his prep work as normal, and then used his free time to create dishes with the scraps he had salvaged.

Kobo noticed that fine Italian cuisine is adapted from comfort food made in the home. South Africans have yet to refine home food for restaurants. “This is my quest; that’s what I’m chasing,” he says.

The notion of “head to tail, root to tip” is embodied in his Slow Food menu, most notably in his third course and signature dish, umqa: crumbed pumpkin-maize spheres on pumpkin royale, with pumpkin seed and imithwane (pumpkin leaves) velouté, with imithwane and chilli fritters. 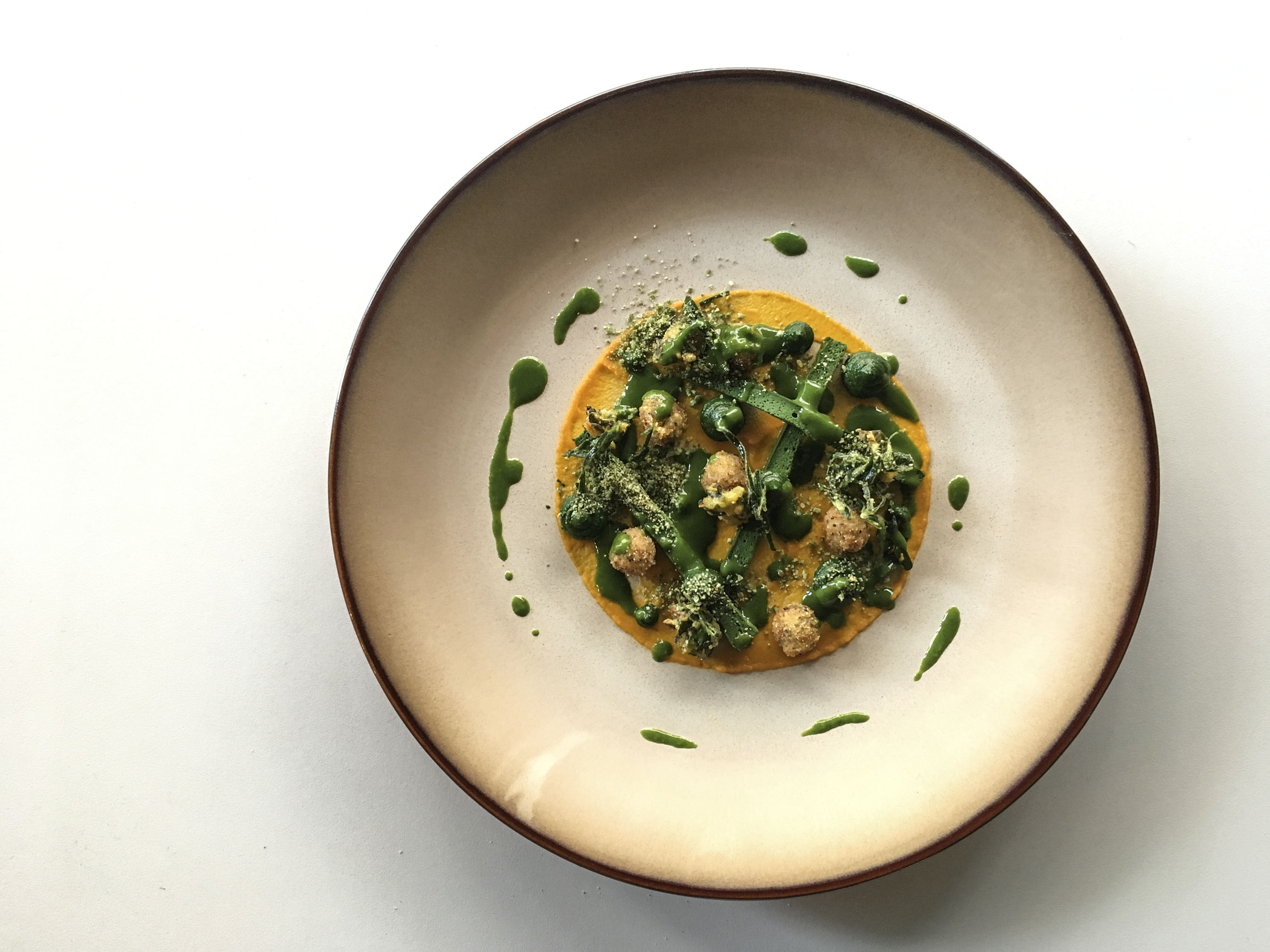 Kobo slow-boiled the pumpkin peels to make a stock, and used that to cook the pumpkin flesh. He saved the peels, dried them in the oven, and combined them with pumpkin seeds to create an edible soil.

“At home, when we harvest the pumpkin, you don’t cut the end part of it because it rots quicker. You leave it with a bit of a stem. On the stem you find these hairy young leaves — we call them imithwane, I’ve taken those young leaves for the dish. I chopped them up, mixed [them] with some onions and lemon juice, and created a velouté.”

Nelwamondo is the founder of Modern Traditions, which is a business that makes and sell products that integrate traditional African ingredients and food processing with modern lifestyles.

“Modern Traditions is taking cues from traditional ancestral wisdom. They believed in slow cooking, preserving the integrity of the ingredient and letting the ingredient shine instead of overprocessing foods,” says Nelwamondo.

The brand’s signature product, Malie’s plant-based ice cream, is a celebration of indigenous African produce. The creamy, frozen treat is made from baobab powder and marula nuts from Nelwamondo’s hometown in Limpopo.

“As much as we’re proud of the protea flower growing in the Western Cape, why are we not proud of marula nuts? We’re actually one of the few countries in the world that grows them,” says Nelwamondo.

Various factions of Slow Food aim to preserve historic culinary practices, such as the traditional process of making marula beer, through the Ark of Taste.

The Ark of Taste is a repository of knowledge for indigenous produce and cooking methods. It brings attention to heritage and heirloom foods that are in danger of disappearing.

The number of surviving Nguni cattle and Zulu sheep have dropped, due to cross breeding and fragmentation of flocks. Fruit and vegetables such as amakhowe mushrooms, buchu, Natal plums, Rex Union oranges, and Zulu rainbow maize are heirloom foods at risk because they are not commercially grown.

To increase awareness of endangered foods, Slow Food connects producers and consumers. The movement encourage chefs and shop owners to feature heritage foods in modern, innovative dishes to increase the demand for them

Mixologist Julian Short is at the forefront of the heritage food trend. In tailor-made craft cocktails, Short adds a burst of citrus with Rex Union oranges. He uses pungent buchu in a fragrant oil for a minty, black currant infusion.

The Rex Union orange, a cross between a sweet orange and pomelo, was showcased on a global stage at the 2018 World Class Bartender of the Year competition.

The theme “roots and fruits” motivated Short to create a locally inspired cocktail. He combined gin with a cordial made from sugar, water, cherry tomatoes and gooseberries. The savoury-edged drink was charged with a citrus soda, made from carbonated Rex Union orange.

The Rex Union, which has the colour of an orange but the bitterness of a grapefruit, was originally developed for use in marmalade. The variety was never produced at an industrial scale, so only 300 trees remain in existence.

These traditional heirloom foods are in danger of disappearing because they are propagated purely through subsistence farming and not grown at a commercial level. Zulu rainbow maize has become incredibly rare because seeds are passed down through generations in small rural KwaZulu-Natal farms.

The maize bears large cobs with multicoloured kernels of bluish-black, crimson, yellow and creamy white. They are not as sweet as commercial yellow corn, and have a creamier texture.

Melissa de Billot obtained rainbow maize seeds from KwaZulu-Natal farmers and planted them in her veggie garden at home. As part of a long-term project, De Billot and Slow Food are trying to regenerate this endangered variety by saving and distributing seeds to farmers.

She hopes that “seed custodians” will propagate these rare heirloom seeds to the point where they can become a commercial crop.

Slow Food aims to preserve South African identity through food culture, ingredients, and cooking methods. Chefs and food activists like chef Kobo reimagine heritage foods in a modern, fine-dining context to revive the endangered traditions of the past.