“We were very well-acquainted, me and her,” said David Mentoor. “That day, I just saw her pass here … and I can still see her.”

A year ago, Heather Peterson walked past his stall on Steytler Road in Westbury, Johannesburg.

“I just looked down. I couldn’t say, ‘Hi, how are you?’ because my wife was very jealous of her. Then a few seconds after she entered the passage, I just heard shots.”

Peterson was caught in the crossfire of feuding gang members on her way home after collecting the report card of a 10-year-old relative at the Westbury Primary School. 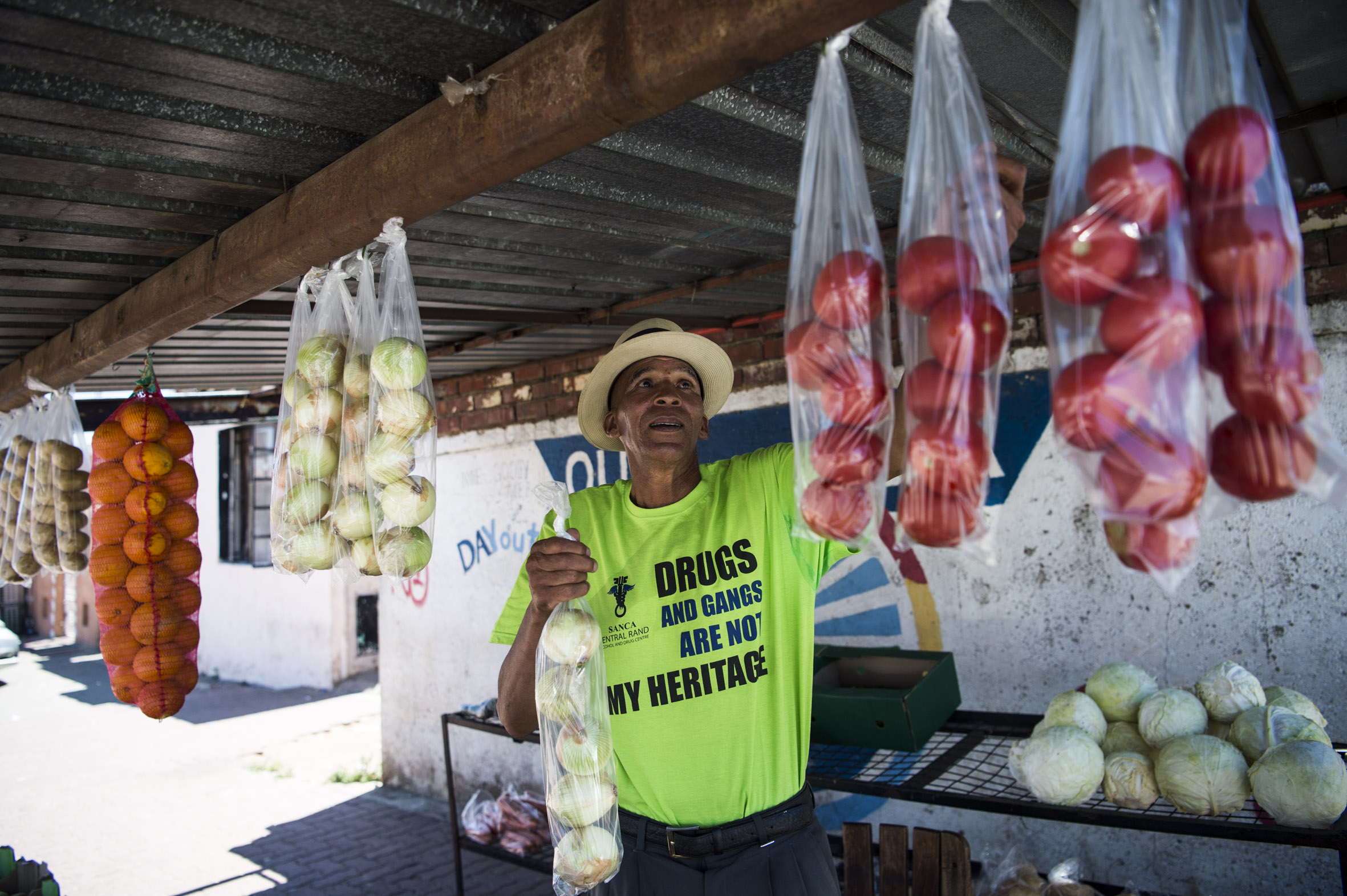 All seeing: Heather Peterson had greeted David Mentoor minutes before she was killed in crossfire. (Delwyn Verasamy/M&G)

Her murder sparked the week-long shutdown of Westbury, the suburb on the edge of Sophiatown.

Westbury residents took to the streets to protest against gang-related violence in their neighbourhood. At the time they told the Mail & Guardian that they had long been living in fear.

On Tuesday morning this week, Westbury appears calm, which some residents attribute to the increased police presence after the shutdown. But residents say they are bracing themselves for its next bought of violence.

Mentoor is sorting sweets into bankies. He is wearing a bright-green T-shirt emblazoned with the words “Drug abuse is not my heritage”. The voice of the former president’s son, Duduzane Zuma, who made an appearance at the Zondo inquiry into state capture this week, blasts over the radio, forcing Mentoor to speak loudly.

He says that after he heard the gunshots, he ran to the passage. “I just saw the poor lady laying there. And I came back to my place and continued my work.”

Mentoor’s stall, which is on the pavement outside his green-painted house, for more than 20 years. He sees everything that goes on in the street.

“I see a lot. I don’t see a lot that happens, but I see a lot of what is going on,” he says, sitting back in his chair. “When they shoot here, I just bow my head. So it’s very terrible. And I have been living like this. I can’t leave my shop to run and go look what’s happening.”

But there have been no shootings on the street since Peterson’s murder.

During last year’s shutdown, Police Minister Bheki Cele visited Westbury to announce his plan to “clean the streets of gangsters”. This included a special task team to patrol the streets.

Mentoor says: “Those police that came in, they helped us a bit. Since then, there have been a lot of police up and down here. And it has been quite liveable, actually.”

But, he adds, “After it gets dark, it’s like hell.” Deeper into the suburb, things are a lot worse.

On Tuesday, Brigit Munnik — who is called Aunty Bree by her colleagues and the children she mentors at the Westbury Youth Centre — is exuberant, announcing that she just celebrated her 60th birthday.

She agrees that after the shutdown the violence in Westbury cooled down for some time.

“It was quite for quite a long time. It was very quiet. But then it started again. So up to now its every second or third week there are shots,” Aunty Bree says.

“The police are very visible in the community. You see them all around.” 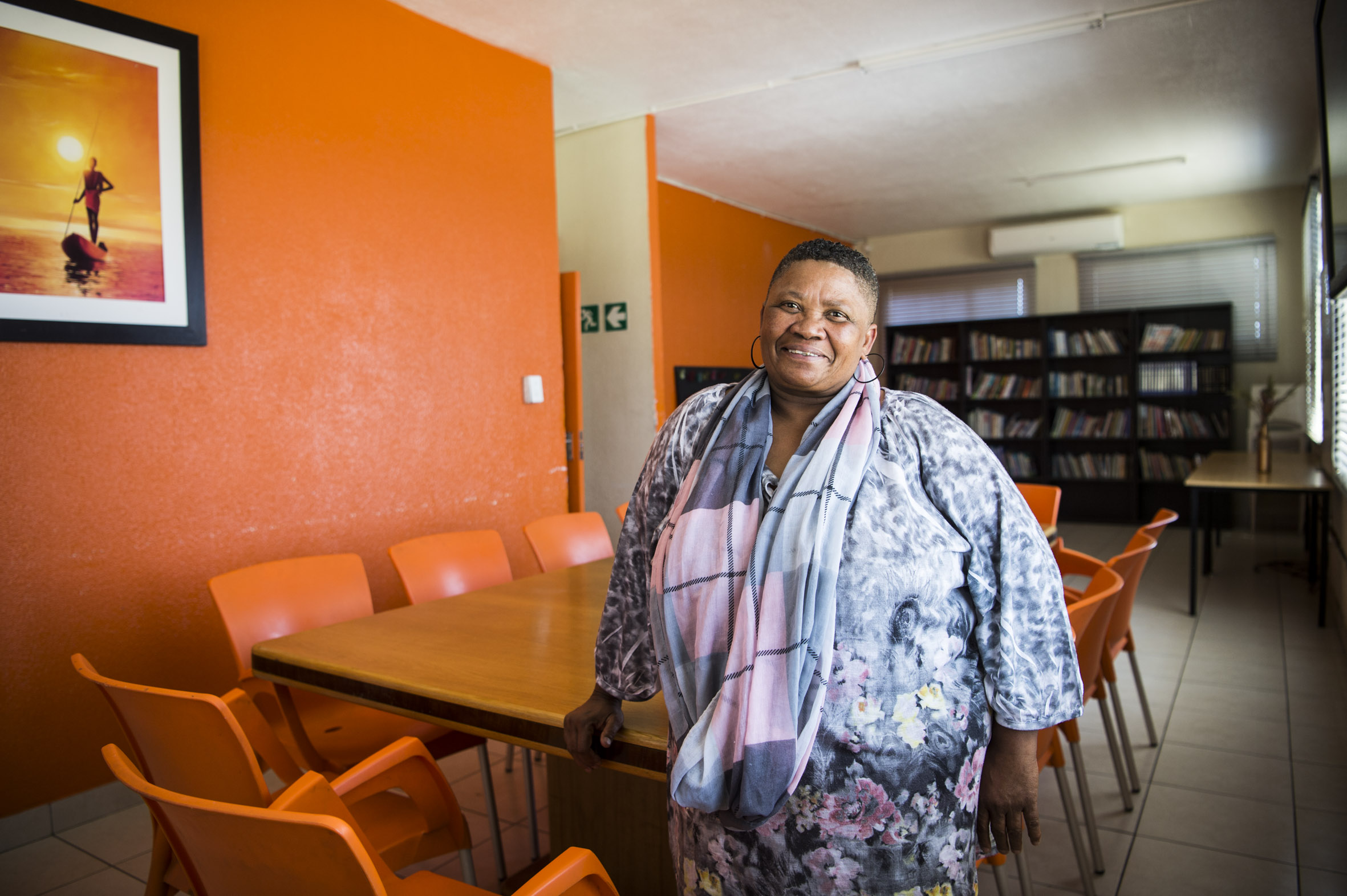 Gauteng police spokesperson Brigadier Mathapelo Peters says there has been “a significant improvement in relation to the crime landscape” in Westbury.

She says that although the number of police officers in Westbury have been “trimmed down” because of the reduction in serious and violent crime, the police have maintained a presence that is “intelligence-driven and threat-based, conducting regular foot patrols and stop-and-searches over and above normal crime prevention operations in the area”.

“To this end, we have had incidents of random shootings where we have recovered illegal firearms and ammunition and made a number of arrests for possession of unlicensed firearms as we tackle the proliferation of illegal firearms on our streets,” she says.

In February, the high court in Johannesburg found Fransisco Miller guilty of three counts of gang-related murders and other serious offences and was sentenced to 139 years behind bars.

His co-accused, Deuron Hendricks, was recently found guilty of gang-linked crimes, including two murders in Newclare, the suburb adjacent to Westbury.

Aunty Bree says the violence in Westbury requires more than policing; residents need to be involved in healing their other problems.

“Tears walk in here. Poverty walks in here. Suicide walks in here. Child abuse, you name it. Every day our office is filled with all those challenges in the community.”

Aunty Bree says it is much calmer in Westbury, “because before, it was every day. Every weekend. Parents cried, because we don’t know who is next.”

When Roberto Jones walks into Aunty Bree’s office, the two perform a skit of a mother disappointed with her son.

She explains that they do stage productions at the youth centre.

Jones is a reformed drug dealer and gang member. He is wearing a Bafana Bafana jersey but says he’d rather be wearing his Versace skipper. Later he changes into the T-shirt decorated with glittery rhinestones.

He says, although there are be more police patrolling the area, they have not prevented all crime because the criminals are always one step ahead.

But he agrees that the violence has calmed down. 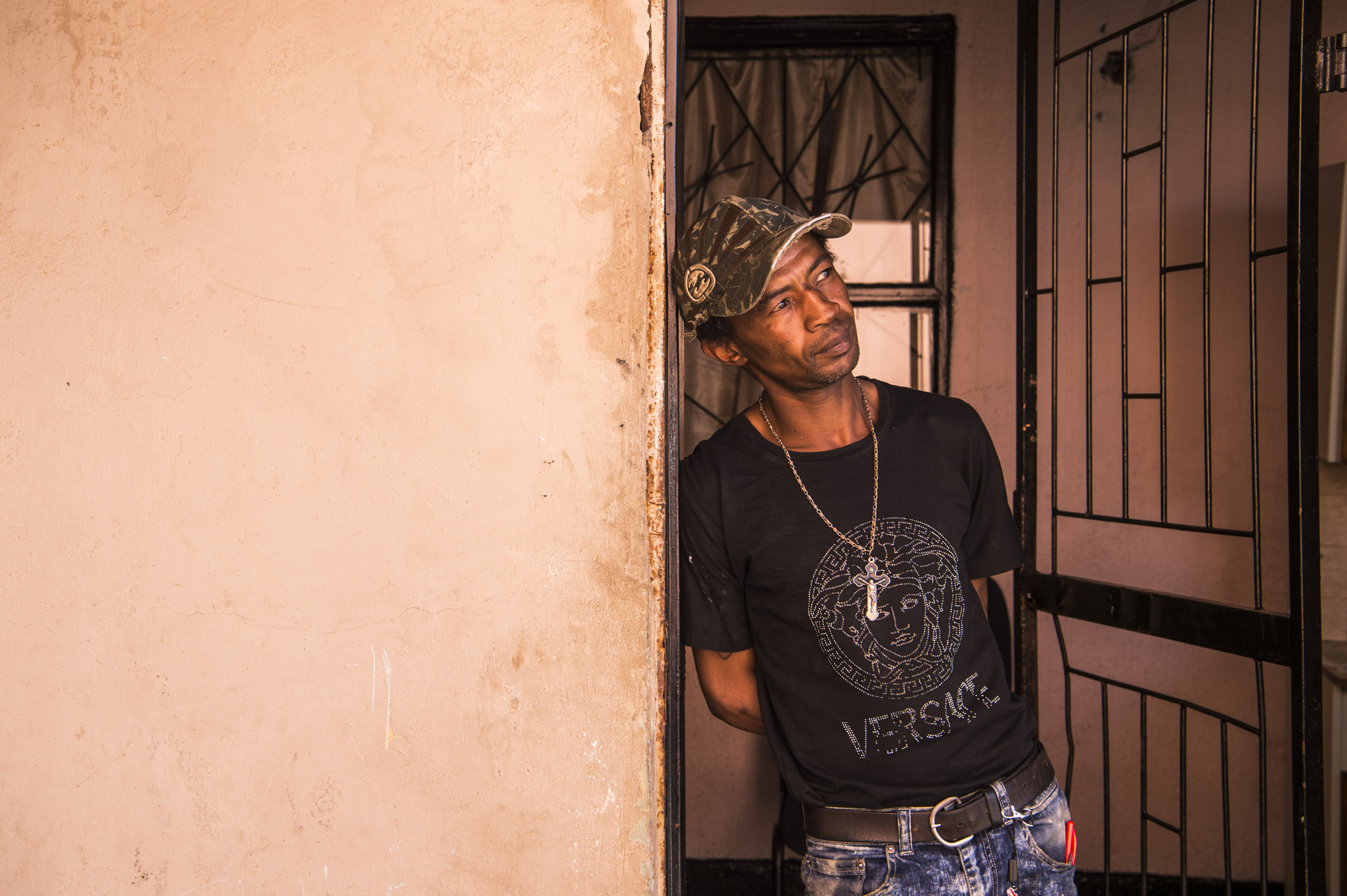