Witnesses could help get justice for Viwe

November 5, 2018 was a Monday, and a relatively pleasant spring day in Johannesburg. One November in this city is much like the last: the mercury rises, but the rains stay away.

As the heat intensifies, lethargy and anticipation hang in the air. The days are oppressively hot, the evenings bring only the slightest hint of relief: distant lightning, the odd rumble, very marginally cooler temperatures. Sometimes, if you are lucky, you can just about smell rain in the evening air, before it changes its mind and its direction, and in the morning you wake up once again to the heat of the highveld spring. November in Johannesburg is a month of waiting and hoping for relief.

Monday, November 5 was also Viwe Dalingozi’s birthday. She was to turn 32. But, as the day dawned, Viwe had been dead for 10 days. She had succumbed to the severe burns that covered over 60 percent of her body, 24 hours after being rushed to Charlotte Maxeke hospital.

On that Monday morning, Mpho Thobane, the only suspect in her death, appeared in the Johannesburg magistrates court to apply for bail.

He was there on charges of arson and murder. The state asserted that he had set his girlfriend alight, burnt down her flat and parts of her neighbour’s at the Fashion Lofts in downtown Johannesburg and then fled the scene to his hometown of Mokopane in Limpopo, where he was later arrested. His girlfriend had died from her injuries.

Bail was denied and Thobane has been in police custody since.

A year later, the highveld still doesn’t offer showery respite, and the friends and family of the bubbly girl who would have raucously heralded her 33rd birthday this month are no closer to healing or closure. 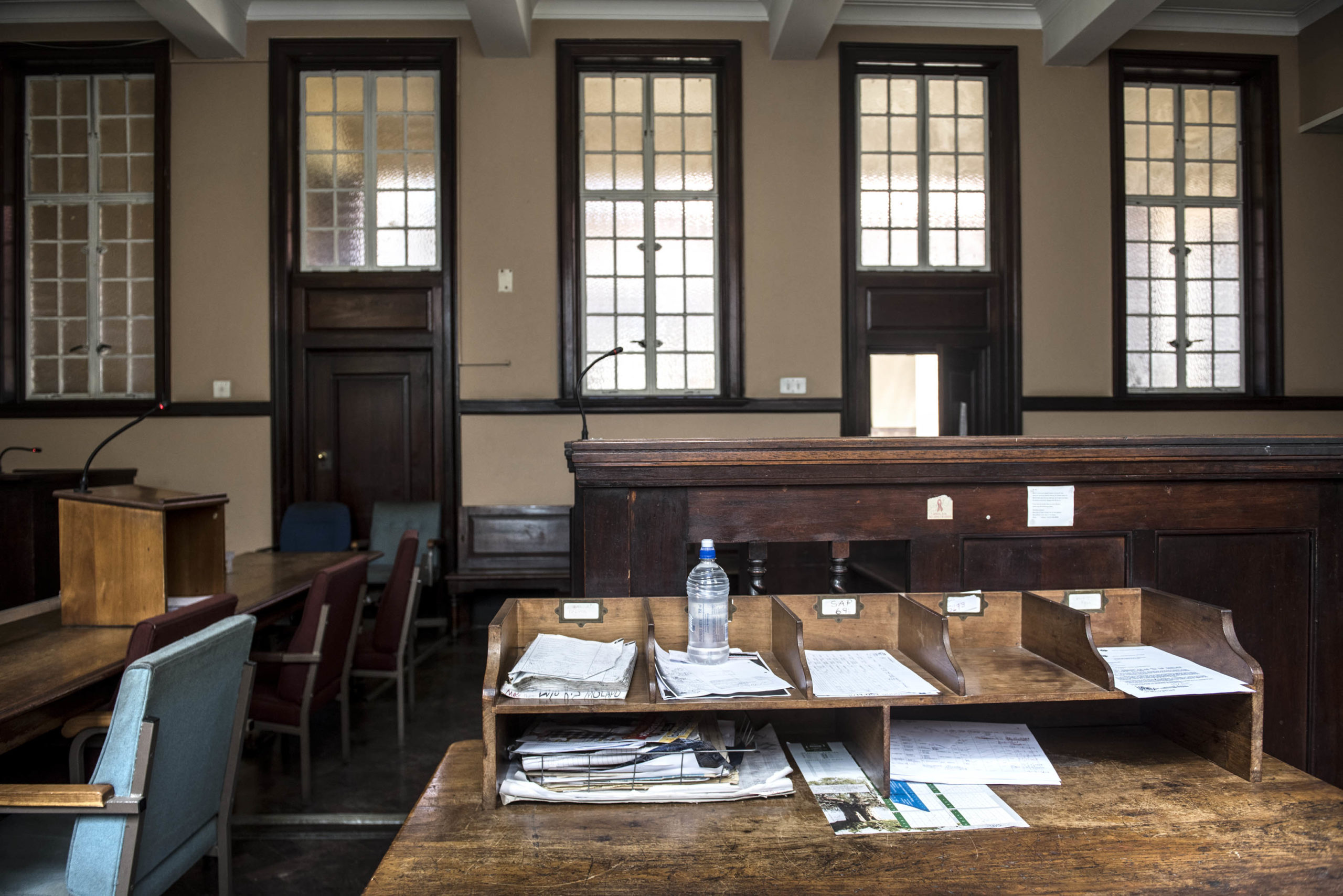 The prosecution has called witnesses to court where the murder trial of Mpho Thobane is under way. (Paul Botes/M&G)

The trial is ongoing at court number 9 in the building downtown. The trial, since it began, has been a litany of missteps and false starts. The police investigation has left much to be desired.

Thobane now only faces a murder charge. Arson had to be dropped from the charge sheet because the police —after various oversights — never established a link between him and the fire that ended Viwe’s life.

Nothing illustrates their ineptitude quite like the bizarre handling of potential witnesses to one of South Africa’s most shocking crimes in recent years.

In the first instalment of this story (“Viwe Dalingozi burned to death. Will she get justice?” Mail & Guardian, September 13 2019), readers learned about *Thuli, a neighbour who lived two storeys below Viwe’s flat, which was on the ninth floor of the 14-storey building. She opened her door on the night Viwe died and was the second person to see her as she floundered about the building, looking for help.

Thuli was faced with the grisly sight of Viwe, covered only in her underwear, embers and smoke, when she called the police and ambulance. She then gave Viwe the phone from which she made a heart-breaking last call to her uncle in the Eastern Cape.

Despite the centrality of Thuli’s place in this tragedy and the potential importance of her evidence, as well as her willingness to testify, the original police investigation managed to completely overlook her.

The oversight has fortunately been rectified, and Thuli will take the stand when the trial resumes later this month. Police took her statement only a couple of weeks ago. It’s a positive development for the beleaguered lead prosecutor, but one which led Thobane’s defence attorney to bitterly object that the state was “busy investigating the case after it has gone to trial”.

At Thobane’s last appearance on October 17, another neighbour took to the witness box to give her recollections of the events on the night Viwe died. Her route to court was also overly long and winding, and it appeared at one point that she would never give evidence. Whether this was because of her own reluctance or the poor handling of witnesses by the state remains unclear.

Maletsatsi Ngoashe lived next door to Viwe. She spent the evening of October 25 2018 packing up her flat, preparing to move out at the end of that month. Early that evening, she told the court, Thobane knocked frantically at her door and asked to borrow her phone to make an “urgent” phone call. When she told him she had no airtime, he left, and she never saw him again that night. But she did hear him; hours later she was woken by loud voices coming from her neighbour’s flat, separated from hers only by thin drywall. Only half awake, she assumed that friends had gathered to usher in the weekend. What she was hearing could have been an argument between the couple that would lead to the violent end of Viwe’s life. 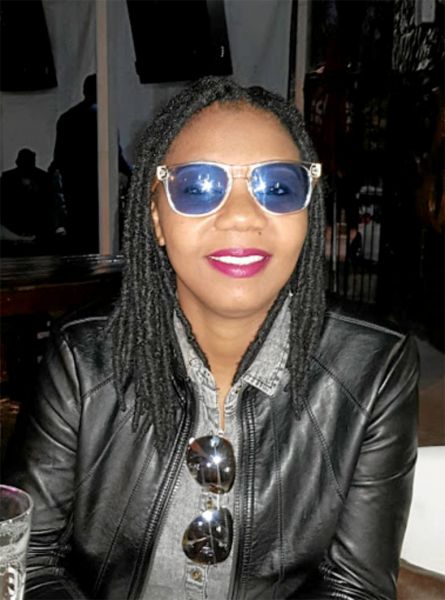 Maletsatsi went back to sleep, only to wake up later to a different noise.

“The sound went on for about 10 minutes, it sounded like a plastic was burning and it smelled like burning paint, so I jumped out of my bed and felt that the floor was hot.

“I rushed to the door and tried to listen to what was happening. As my ear touched the wall, I felt how hot it was.”

Then she opened her door: “I saw Viwe running. She was on fire and she was screaming ‘nditshisiwe nguMpho (Mpho has set me alight)’. I saw a huge flame coming from her flat and I followed her as she was running towards the stairs, but could not catch up.

The most remarkable thing about Maletsatsi’s evidence was not the gruesome detail, however, it was that she was there at all. Much was made by the state of her failure to co-operate, her reluctance to give evidence, and of their despairing efforts to get her to court against her wishes.

At one point in the trial, the magistrate granted the state an hour’s grace to fetch their star witness and deliver her to the stand or remove her completely from the list of witnesses. It was at this point that the state’s prosecution of Thobane seemed almost incurably inept.

So, what changed? What has allowed Thuli to step up to the stand?

The simple answer is that like everything else in South Africa’s broken justice system, success or failure will be determined by the level of scrutiny the authorities feel themselves to be under. The first story in the M&G — detailing the gross inadequacies in the handling of the case and published at a time of renewed anger over femicide and gender-based violence — appeared to lead to a flurry of inquest and activity.

NPA national headquarters demanded explanations from the Johannesburg office, which in turn demanded the same from its team in court.

The upshot is that it appears the Thobane prosecution is now all but directed from the office of Johannesburg chief prosecutor who, according to Viwe’s family, has taken personal charge of interviewing and prepping witnesses. This will most likely remain so for as long as the national press maintains interest in the story.

There are thousands of other lives that have been ended prematurely and violently. There are hundreds of similar cases wending their way through our creaking court system. Though many are just as poorly handled, not all will get a major newspaper exposé.

November is still a month of waiting and hoping for relief.