​Is the public protector’s time running out?

Changes will soon sweep through the public protector’s office.

At the same time, across the way at Parliament the rules committee adopted procedures for the removal of heads of chapter nine institutions, including that of the public protector’s office. This suggests that time could be running out for incumbent Busisiwe Mkhwebane, after several damning court findings against her.

Gcaleka’s selection went off without a hitch, bar the Democratic Alliance and Economic Freedom Fighters’ reservations. 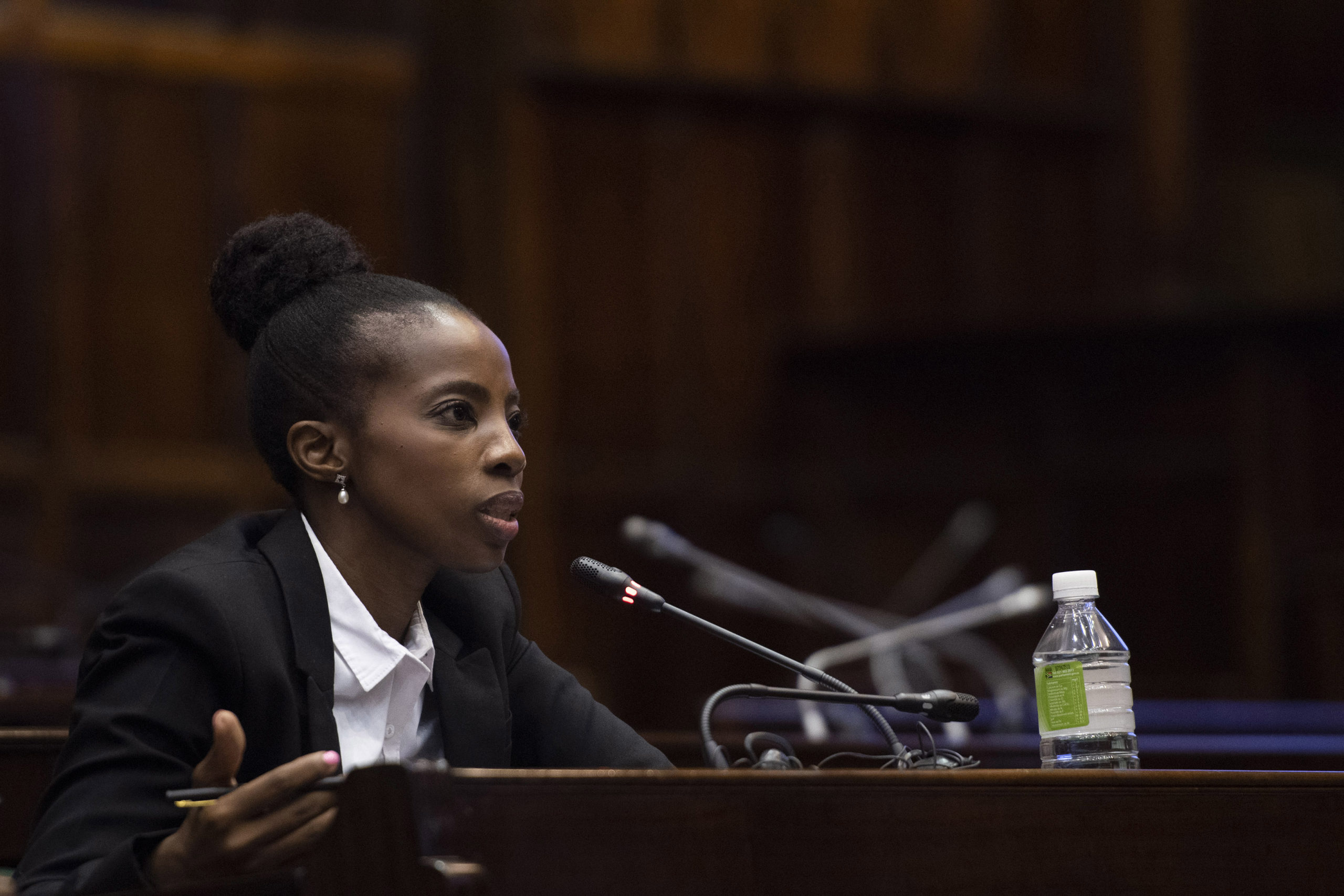 Between 2016 and 2018 she was the special legal adviser to Malusi Gigaba, when he was minister of home affairs.

He was finance minister in Jacob Zuma’s government when he came under court and parliamentary censure for his handling of the Oppenheimer family’s Fireblade private terminal at OR Tambo International Airport. The courts found Gigaba had lied under oath about approving the terminal. He resigned in November last year.

MPs questioned Gcaleka on her role in the saga. She said she had no part in the matter, telling MPs: “I joined the office of Malusi Gigaba on the first of November 2016. The Fireblade matter had been going on for years before that. When I arrived there was counsel on the matter, documents were being concluded. I was never part of any meetings prior to that.”

Before her secondment to Gigaba’s office, Gcaleka was a rising star in the National Prosecuting Authority, having worked there from 2004 to 2016.

She was part of the prosecuting team that tried former police crime intelligence boss Richard Mdluli.

Asked about losing some high-profile cases, including a case of intimidation involving Mdluli, Gcaleka told MPs: “Lawyers sometimes lose cases.” She later explained that the case was lost because of magistrate overreach and that Mdluli was later convicted on related offences.

Gcaleka said she sees the public protector’s office as a corruption buster and that it should be protecting the most vulnerable people in South Africa.

Gcaleka said that one way to rein in the rampant raiding of the public purse is to investigate the lifestyles of politicians and government functionaries.

“We need more action on the part of lifestyle audits,” she said. “We need to know the lifestyles of public servants. Especially those who work within the supply chain departments. Keeping one person in one position forever also doesn’t help.”

On her future working relationship with Mkhwebane, Gcaleka said the tensions between the public protector and her outgoing deputy was public knowledge, but that “building a good rapport and relationship is very important. I will try by all means to have good relations with my supervisor.”

But Mkhwebane might not be around long enough to develop a good working relationship with Gcaleka.

Parliament’s proposed news rules formalise the procedure in which the heads of chapter nine institutions should be removed.

It would take a complaint by an MP for the speaker of the National Assembly to decide whether an ad hoc multiparty committee should be established to investigate the complaint and make recommendations.

Witnesses and the institution head could be called to give evidence or testify in their defence.

The ad hoc committee could then recommend the removal of the chapter nine head to the National Assembly where a two-thirds majority could see them removed.

But before this happens, the new rules must first be adopted by the National Assembly.